Four Tet’s headline performance at Field Day on Saturday was delayed for 50 minutes and then cut to around thirty minutes after dangerous overcrowding.^p

Large numbers were forced to leave The Barn stage to allow the show to continue, with access only available from one side of the large tent.

With no acts on the outdoor main stage after Thundercat finished at 9PM, the crowds split into The Barn and CRACK tents to see Four Tet and Fever Ray, performing at 9 and 930PM respectively.

The Hydra-run stage was congested from Nils Frahm’s 2.35pm performance onwards and grew more crowded as the acts got bigger, with one thin gap to leave.

Sheila Pinion said: “As much as I love Field Day, the organisers were lucky there were no major incidents due to overcrowding. The move to Brockwell Park was such a bad one.”

While CRACK was crowded at times, exits all around the tent made it safer and more accessible.

A Field Day spokesman said: “There was a concern about congestion at The Barn stage early on in Four Tet’s set and the show was paused.

“His set resumed as soon as this was resolved. We realise this delay was frustrating but safety is always our number one priority.” 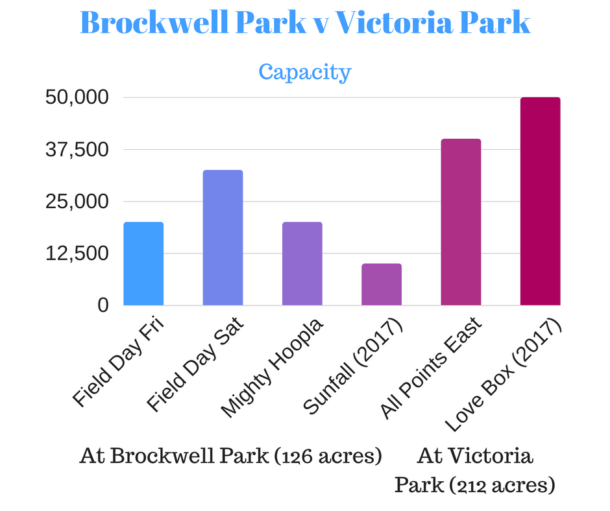 Field Day’s congestion problems were mostly confined to The Barn.

However, Cllr Sonia Winifred, Lambeth Cabinet Member for Equalities and Culture, was pleased with the festival’s implementation.

She said: “The event went smoothly, with a low number of complaints from residents.

“Council officers were on site throughout the weekend, working closely with the event organisers and health & safety partners and any incidents were dealt with quickly and appropriately.

While the congestion inside the festival was a disappointment for many, others revelled in the sunshine and an eclectic lineup.

He picked out Nils Frahm and Panda Bear, who were on The Barn stage earlier in the day, as his highlights.

In disappointing news for hip-hop fans, US rapper Earl Sweatshirt’s cancelled his European tour at the last minute.

After complaints about the quality of beer at All Points East Festival in Victoria Park, Field Day delivered an impressive range of craft beer bars, with pint prices little more than at pubs in the area.

There was a good selection of food including many vegan options curated by Fat Gay Vegan.

However, a lack of bins around the festival meant litter was strewn around the site and piled up on tables.

Councillor Winifred confirmed a thorough debrief will take place of the coming weeks, taking resident’s comments on board and monitoring the impact on the park in order to plan for future events. 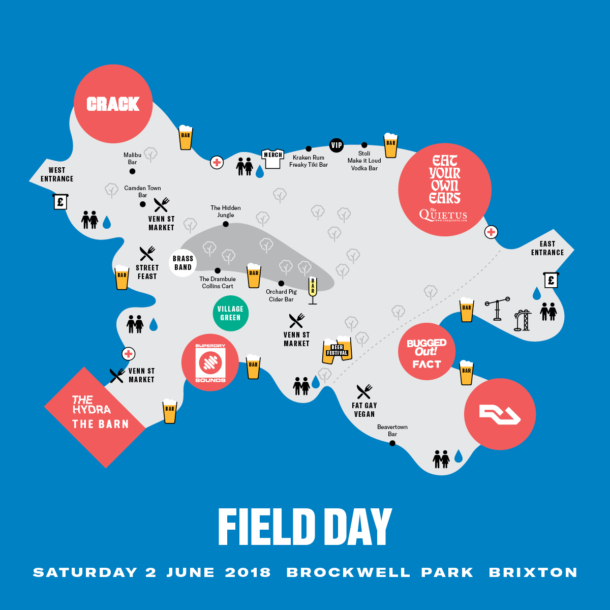 Visit five parks in a day during the ‘5 Parks Walk’...