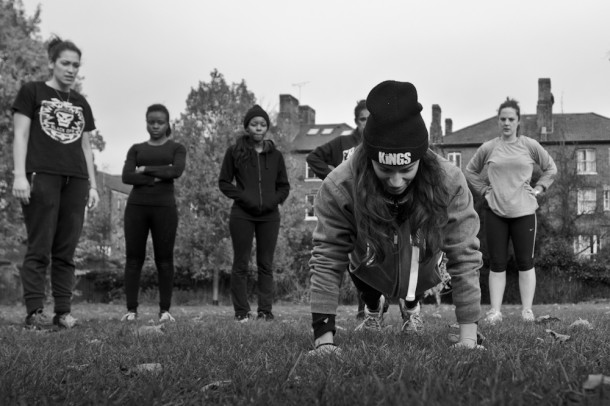 From gang member to personal trainer with his own television show, with a spell in Belmarsh prison along the way, it’s little surprise that people are starting to take notice of Terroll Lewis. He’s the founder of Block Workout and at the forefront of a growing urban fitness movement.

Block Workout is a group training session that takes place in Brockwell Park every Saturday at a cost of £1 per person. It has grown fast, attracting as many as 50 people every weekend with numbers regularly topping 100 in the summer. Groups are being set up in Birmingham and other UK cities too.

Those you meet at training will tell you that Block Workout is ‘a movement’ or ‘a lifestyle’. They see it as much more than a gruelling two-hour session to tone up and get fit. It’s certainly ensured that Terroll has managed to build a brighter future for himself than when he went by his gang name, ‘Boost’.

Terroll’s descent into gang trouble was steep and he regularly got into fights. He lists the friends he lost: “One of my mates got shot in his head twice. Another mate was stabbed in the heart. He died too. About four or five of my friends went to prison for life.”

Things changed for Terroll when he started to do fitness exercises around Myatts Field and when he began to attend church. He credits his pastor, Pastor Mimi, for her guidance and helping him to establish what he wanted out of life. He became determined to leave his gang past behind him and find a future in fitness.

Terroll had previously tried to sign up to a gym, Fitness First, but was confused when he was told he couldn’t pay for his membership in cash.

“I was told I had to pay by direct debit but I was like, what’s that? Is that a new cash? I was completely confused,” he recounts. “I didn’t understand what direct debit was. I never had a bank account. I used to keep money under my pillow. I come from the streets, I never knew nothing about that.”

There wasn’t a cheap way for young people from his area to get fit and build up their strength, so in 2009 Terroll set up Block Workout. Its growth was stalled that same year, however, when he was sent to Belmarsh prison on remand. But, surprisingly, Terroll credits prison with helping him to crystallise his future plans and maintain the peace of mind that he’d managed to find through attending church.

“Prison was one of the best times in my life. I wouldn’t want to go back there and I wouldn’t say anyone should go there, but it gave me the chance to understand who I was,” explains Terroll. “I wasn’t as angry as I was before. I was more humbled, more relaxed, had more peace of mind. I was in that cell by myself and I wasn’t unhappy.”

After 11 months, Terroll was found not guilty and released. He got Block Workout back up and running and it has now grown to such an extent that Terroll is now raising money to turn half of the current gravel football pitch in Brockwell Park into a workout park. “Brockwell Park is behind us all the way. They love the idea and have said they will match whatever we raise.”

In 2014 he’s also hoping to take his training model to 100 schools around London. He also has a new fitness television show on DSTv, a satellite channel.

Frankie, a 27 year-old Block Workout regular, started ating sessions in January this year and has since begun a course to become a personal trainer. Beyond the fitness she’s gained, she says the Block Workout “has made Brixton feel more like home.”

“I think we all move in parallel ways,” says Frankie. But Block Workout “makes you cross in the middle… it becomes more than just a workout… Everyone comes together in a neutral space and we all come together because we love training.”

In Frankie’s view, Block Workout’s success lies in the opportunity that it presents: “When you’re 16 years old and you don’t have an income, and you haven’t got that opportunity like this to get fit, you’re just not going to do it.”

“That opportunity is here; it’s local, it’s grassroots, it’s genius,” she emphasises. “Whatever the situations that people are in they can come and pay a pound and get fit.” 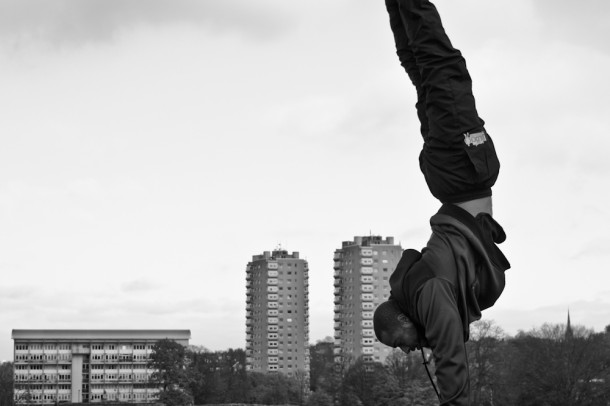 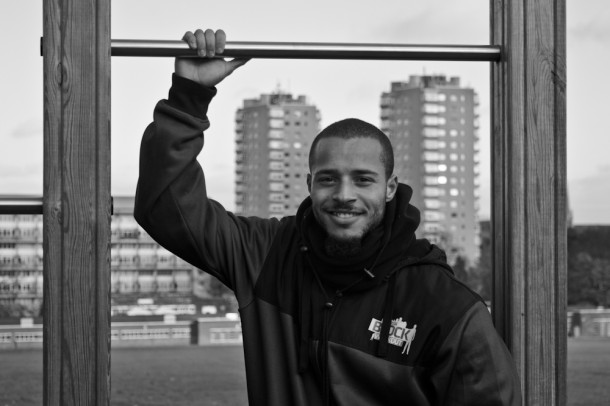 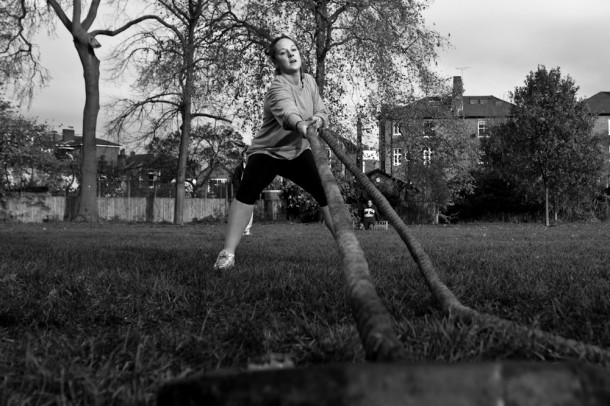 “The process of making glass is always open to the unexpected!”