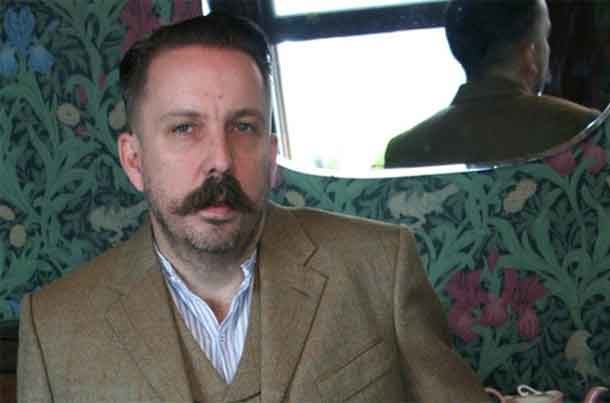 Legendary acid house DJ, Londoner Andrew Weatherall, is not only playing four Fridays at Brixton’s Phonox next month. He will also create a work of art to raise money for the Brixton Soup Kitchen.

Weatherall, who last year played a five-hour set in the Sydney Opera House, is the first artist in the club’s new project, Parallel.

Phonox says that Parallel, a collaboration between artist and venue, is designed to give something back to the community and people of London outside the usual scope of club culture.

It will have many forms, with each DJ in the series offering or doing something unique alongside a four-week residency.

Weatherall’s art will be raffled online after his final night at Phonox on Friday 23 March. Tickets, at £5 each, are available from Resident Advisor, as are tickets for each night of his residency, with proceeds donated to Brixton Soup Kitchen.

Weatherall, now a world figure, had an early career with productions and remixes for bands like New Order, Happy Mondays and Primal Scream. His input to the 1991 Screamadelica made it one of the defining albums of the era.

He has remained at the forefront of British techno and IDM, not only creating music within but also defining their spheres.

“It is an absolute honour to have him with us for an entire month,” says Phonox.

To open and close his four Fridays, Weatherall will play all night, presenting a six-hour journey through his varied and ever-changing record bag. He is renowned for preparing a set which is tailored to each club he plays and clubbers will hear something totally fresh, no matter how many times they have seen him play.

On Friday 9 March, Weatherall will be joined by Sean Johnston to bring their “A Love From Outer Space” to the Phonox booth. The tempo of the tracks played never exceeds 122bpm, to create “an oasis of slowness in a world of increasing velocity”. Weatherall goes b2b with Ewan Pearson on 16 March.

Brixton to Siberia by Nissan Micra