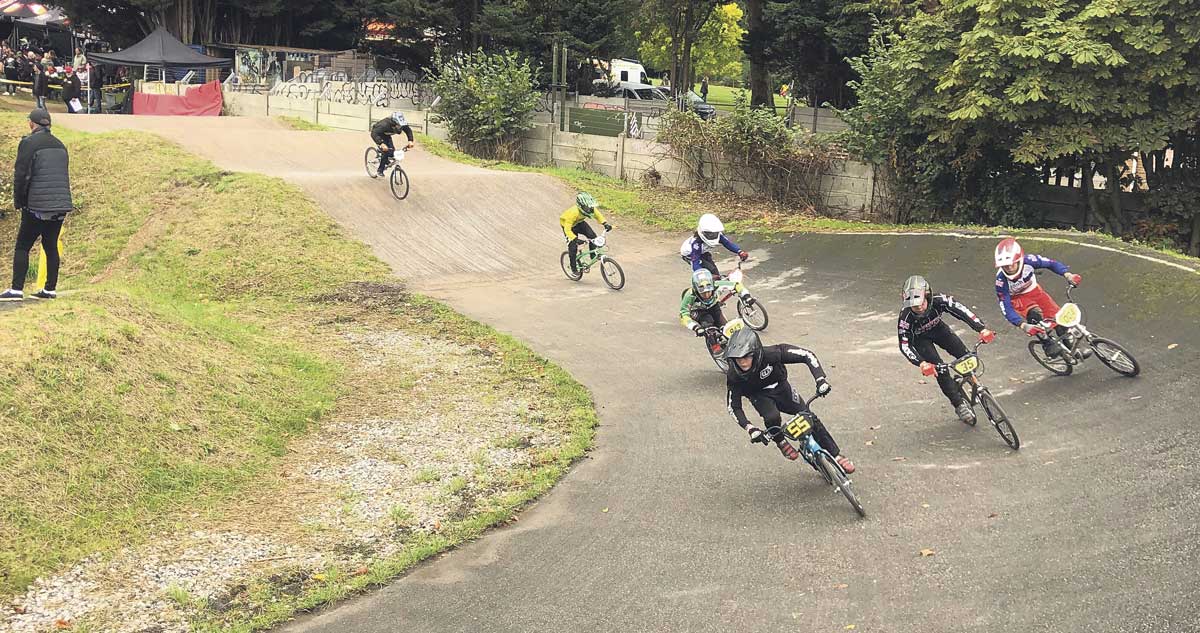 Brixton’s Brockwell Park BMX track was the scene for the final in the London BMX Series, featuring a strong attendance from all the London clubs. Mike Woof reports.

Riders from outside the city included a group from East Anglia Region’s Ipswich club. All told, 207 riders competed.

Heavy rain in the night and early morning left pools of water on the track, particularly on the fourth straight.

However, several visitors pitched in alongside Brixton club members to dig out the drains with shovels and used buckets to remove the water standing on the final straight, allowing the event to go ahead just as planned.

Once the track was clear, practice laps were started, followed soon after by racing, with only minor delays. Brixton’s BMX riders were out in force for Round 5 of the London Series BMX event, with no fewer than 34 riders from the club competing on the day, male and female, novice and expert, and ranging in age from five to 53.

There were 29 finals in all, for the male and female novice and expert classes and across the wide age range of those competing.

Brixton’s riders achieved good results in both novice and expert categories, with the club scoring second highest for overall points throughout the London Series, ahead of both Hackney and Hayes and were beaten only by Peckham.

For male 17+ novice, Christopher Moore was delighted with his first place, while Isla Radcliffe was equally pleased with her first place in female 9-10 expert. In male 15-16 expert, Tom Schwimmbeck crossed the line in first.

The last race of the day was the A final for the highly competitive male experts aged 13-14 class. Brixton BMX Club’s riders showed their skills plus their knowledge of their home track, scoring first, second and third places.

Alex Taylor crossed the line in first and Kieran Beneochrist in second, continuing their friendly rivalry. They were followed closely by Max Alfrey in third and not to forget Phoebe Gaynor in fourth, showing that she’s more than capable of holding her own against the boys on the track.