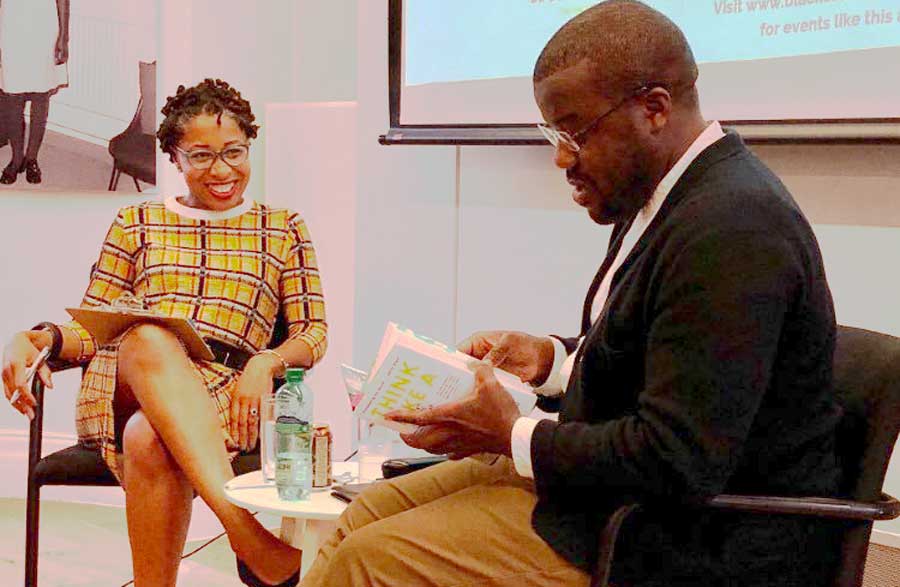 Gargie Ahmad talks to Nels Abbey about his debut novel Think Like a White Man, and using satire to highlight racism in Britain today

A satirical self-help guide Think Like a White Man – Conquering the world … while Black, that was launched at Brixton’s Black Cultural Archives, gives sage advice on navigating institutional racism in the corporate world.

The distinct shortage Black British satirists and the author’s self-confessed inability to write seriously led to the use of humour to overcome trauma in this book.

Audience questions engaged with themes of Black British identity, intersections of racism and sexism, and strategies of navigating micro-aggressions.

I caught up with Nels later to learn more about his work. 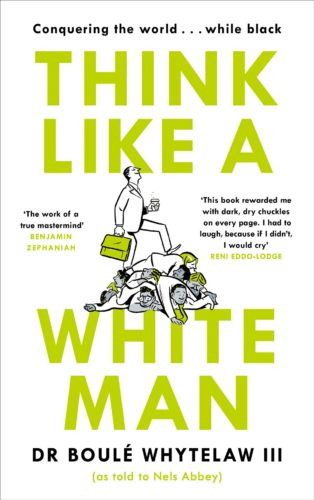 What did launching in Brixton at the Black Cultural Archives mean to you?

Brixton is the spiritual home of Black people in Britain. You cannot separate Black people from Brixton or Brixton from Black people. We are in this together forever. Being in the centre of Brixton, in Windrush Square, it is symbolically so aligned that there is no better place to have an event on a book that is as Black as Think Like a White Man than the BCA, the home of Black writers and culture,.

What is the inspiration behind the ‘comedic Machiavellian’ academic alter ego?

I am a big fan of The Prince (the infamous 16th century political manual by Niccolo Machiavelli) – I love the notion of skulduggery. I have never seen any all-seeing, all-knowing Black characters in the corporate world, or anywhere outside the realm of “the streets”. The name ‘Boulé’ has a deeper meaning also: the name represents the most establishment Black voice possible, an African American secret society, of which many people in the African American elite were members. I thought I should shine a light on the elements of Black lives you don’t see. The university element adds credence to the character as an authority, which is good, because I am not an authority!

Where else have you been launching the book?

There was a sold out launch in the House of Commons, and a party in north London’s premier barbershop, the home of Black free speech in Britain. A lot of people have been in touch to thank me for speaking this story. The actual stories in this book are not unique whatsoever. This is the story of what every Black person in the corporate world is going through. You are having to make soul-destroying compromises on a daily basis, to bite your tongue, and collaborate with your own subjugation. Even people who would normally not like this book in public will often whisper to me or send a note thanking me for saying what they could not say.

Have you come across any challenging feedback?

A slew of White male trolls on Twitter! In terms of the real world, feedback has been very good. You will often get people objecting to the title, but when they get around to reading the book that melts away. Black British people haven’t had too many satires to contend with in the past, so it’s a new frontier from a British perspective.

You note there are more FTSE 100 chiefs called Steve than ethnic minority bosses. Were there any role models that drew you to the world of finance?

Luckily when I was young, I was sent to Nigeria … during the gangster years, when Nigeria was being run by Sani Abacha, a vicious dictator. I had never really experienced anything like it. Going there showed me a very different world. In particular, one person I looked to was my best friend’s dad, who was a very senior banker, one of those guys who had worked himself up. I always thought that media was the industry that I could thrive in. But media has significant diversity issues, so getting a job after university proved impossible. I studied economics, so I got myself a job in financial services.

What is Dr Boulé Whytelaw doing next – you mentioned taking it to television?

It’s early days, so we’ll see what happens. I believe Think Like a White Man is an idea that needs to go further than just the page. Black British satire needs to be seen by as wide an audience as possible. There is so much diversity in what I describe as wider society satire – whether it’s the Armando Iannuccis, the Frankie Boyles or the Charlie Brookers doing very experimental stuff – I think it’s time that we kicked in the door and set up our own table in there too.