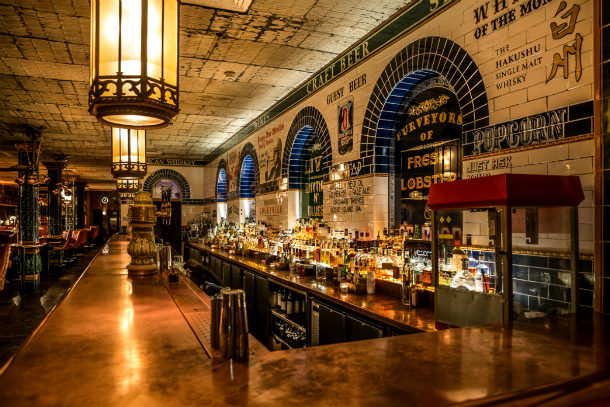 I don’t quite know why Blues Kitchen gets me thinking about jeans.

Except I do. Way back when I remember practically sandpapering 501s to achieve post-Kamen distressed denim cred. Anyone under 30 is now going “?” – mostly as your average millennial now buys jeans with gaping holes at the knees straight off the Asos shelf, cos, y’know, no-one has time to wear in their own clothes as they are too busy instagramming their every waking moment of existence.

Blues Kitchen is the pre-distressed jean of Americana rock n roll dining. A deal of effort, and expense, has gone into making something 20 minutes old look like it’s been a Louisiana drinking den for decades. Yep, its fake but done well with a degree of panache. Anyone who has had the misfortune to eat the criminal tourist slop at a Hard Rock or Planet Hollywood will recognise that Blues Kitchen is something of a successful template.

In passing, Hard Rock served me the worst burger I have ever had, and that includes stalls on the way to Highbury in the pre-food hygiene regulation late ’80s. Anyone under 30 is now going “?”.

You know the drill, semi-identikit attempt at offbeat and distressed (knowingly) mismatched and broken in. If you are going to play this game, do it well and make sure the food and drinks add up. 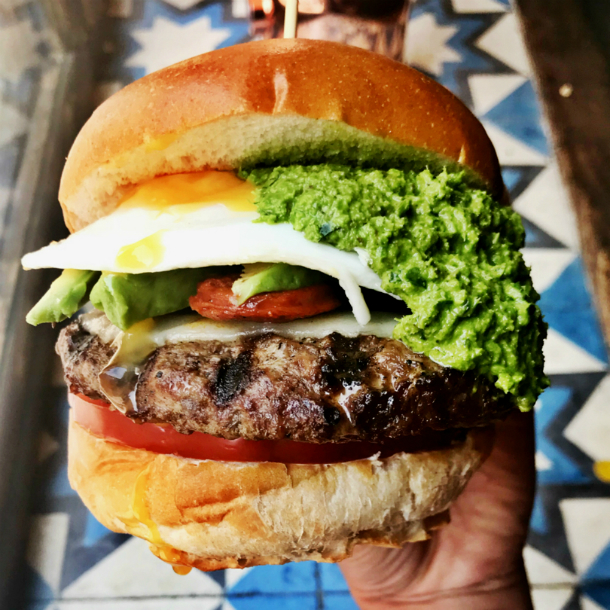 So I am here, ostensibly to meet their burger of the month. For June it was … cue world cup marketing … the “Hand of God” burger. Peter Shilton has apparently refused an invite. Anyone under 30 is now going “?”.

The World Cup is over (he said writing this on the night England beat Colombia) but they have a burger of the month every month. From a menu that I won’t even bother unveiling as you know what’s coming – classic, standard American Deep South tinged grill classics. No surprises. We started with buffalo wings and Padrón peppers.

Back to jeans. Burgers are everywhere but in the end you know they are never leaving your “wardrobe” and you will always have a pair. Do I have burger fatigue? Yes, but I’m still eating them. To be honest I am not totally convinced by the Hand of God – Argentinian steak patty, Provoletta cheese, sliced avocado, crispy chorizo, mayonnaise, beef tomato, Chimichurri and fried egg, served on a steamed bun with fries, pickles and ’slaw. Feels a bit like they threw the kitchen sink at it and it’s not bad, but I am probably happier with a straight cheeseburger and, sometimes, less is more. 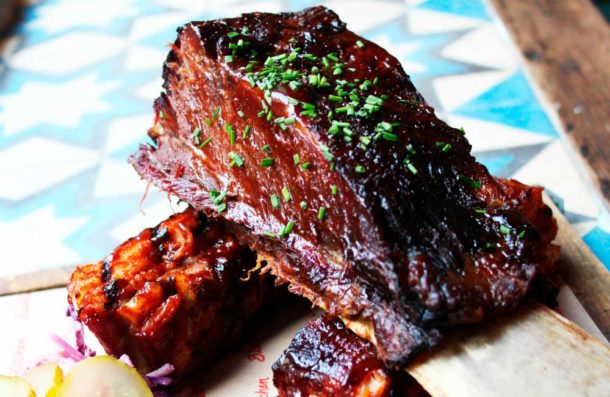 Mrs B, who has possibly never heard of Mr Shilton and thinks Diego Maradona is just a bizarre fat bloke making a performance of himself watching Argentina stumble out of major football tournaments, went for some very decent St Louis Pork rib (smoked for four hours we’re told). Proper good ribs, good depth of marinade and not one of those awful paint jobs. Unlike Grace Dent who absolutely hated Bodeans (Soho), I am a big fan of the Clapham outpost. They do good ribs, these are in the same ballpark.

I’m not sure about the blues bit – sure they have murals of Howlin Wolf, Robert Johnson and Muddy Waters on the way to the loo, but that’s about it. It was pretty much packed out on a Tuesday night with a “straight out of work and grab a pitcher” melange of new wave Brixtonians.

Sure, I can go to Louisiana and find a grizzled guy called “Red” who is more authentic but Red isn’t cooking round my way and Blues Kitchen are doing a pretty good alternative.

Unsurprisingly surprisingly good. Once again, I can forgive a stylistic trompe l’oeil if you get the food “on point”.