The new-look Lambeth Country Show opened uneventfully in Brockwell Park yesterday, but there were concerns about the way security is being implemented.

An old favourites like the Lambeth Horticultural Society’s carved vegetable competition attracted its usual long queue, but there was unhappiness at other aspects.

The small “village green” music stage is no longer at the centre of things, but sited almost as far as it possible to get from the Herne Hill entrance.

Local traders whose stalls once benefitted from people who came to listen and stayed to shop were unimpressed by their reduced footfall.

There were reports of young people being turned away –unaccompanied under-16s are barred from the show – and the Blog was told by security that its camera was not allowed in – until we could point to the printed list of instructions for the guard stating specifically that cameras are allowed in. The longest queues to get in appeared to build up when the gates were opened 14 minutes later than the advertised time of noon.

There was particular concern about the rule that no more than four under-16s can enter with one adult.

One local resident told the Blog: “My parents used to take me to the country show every year, and I have continued this tradition with my children.

“I feel as though I have been excluded from the entire event this year due to the new entry restrictions.

“I have six children all aged 13 and under. I am also a carer for my partner who would not have been able to visit the country show.

“It would have been a well-deserved treat for my children to visit the country show, but written restrictions state that the ratio must be four children to each adult.

“This means that I will not be allowed entry with my children and this is unfair. Brockwell Park is my local and I believe that events should benefit and consider the needs of the local community at the minimum.”

She appealed to the organisers to change this rule next year.

While the security fence round the event, that will cost Lambeth council and its council tax payers more than £300,000, did nothing for the rest of the park, but it did not impinge a great deal on the show itself.

The change in the Lambeth Country Show, over more than 40 years, from a rural celebration to an urban festival in a park continues.

The new cookery demonstrations played to a nearly full tent – although it was a place to sit in the shade – and there seemed to more churches and charities than ever.

Queues for Chucklehead cider – and Pimm’s – were as long as they have ever been. Visitors to the Vita Coco slide promoting the company’s coconut water who strayed into the wrong part of the enclosure were politely asked to leave “the VIP area”.

But the first-visitors from Manchester that the Blog shared a bench with were impressed with the event and said they were having a great time.

The second day of the show opened at noon today. 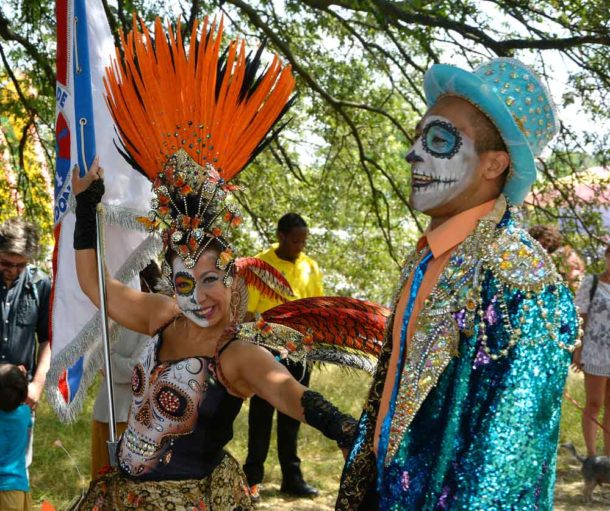 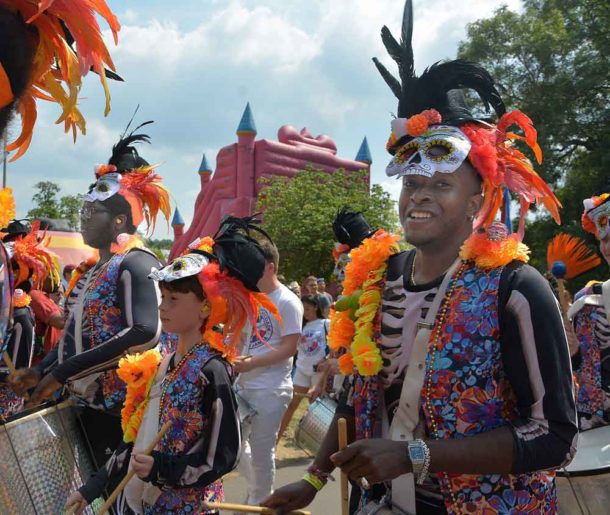 There was a green emphasis at the show, with Red Line Rooftop Gallery, working with South London schools created giant willow letters spelling out CLEAN OUR AIR! that visitors can bedeck with thousands of recycled flowers. When finished, the giant sign will sit on top of Olley’s Fish Experience – overlooking Brockwell Park in Herne Hill. Local parent campaigning group Mums for Lungs, supported by artist Hannah Littlejones of UpsideArts, joined in to engage the wider community using visual arts. 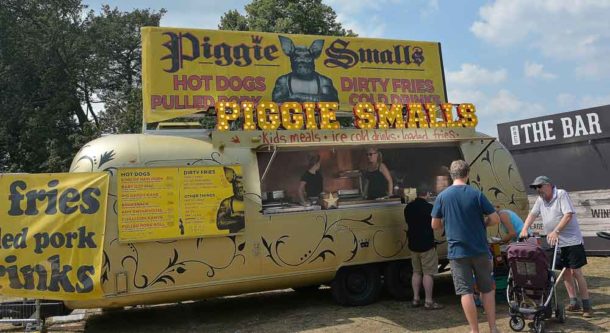 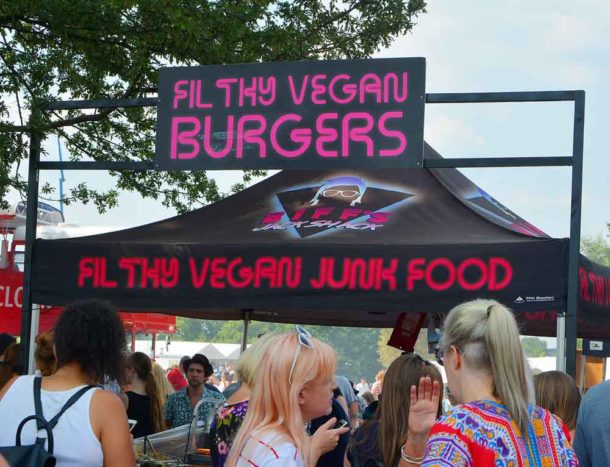 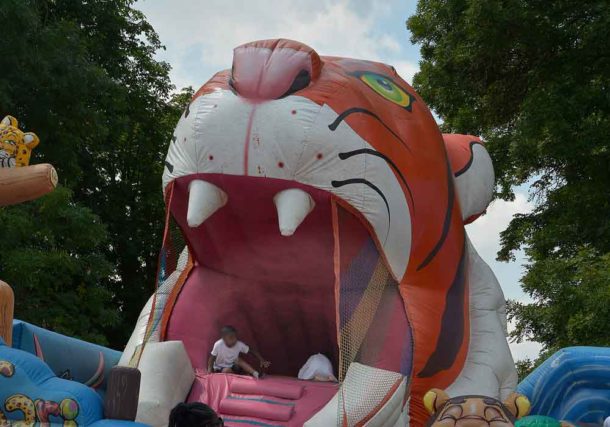