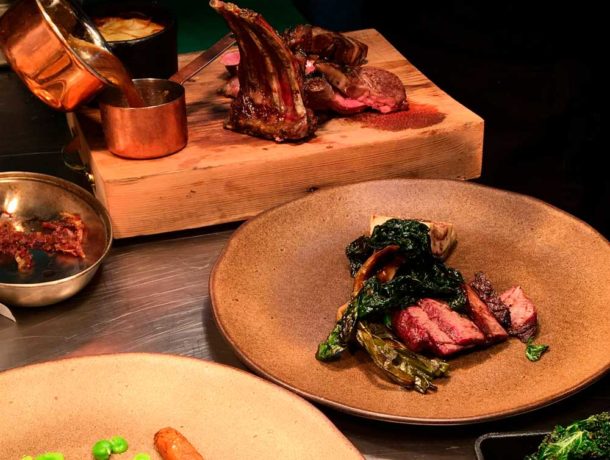 Nick Buglione discovers a little jewel down the road

It’s the Brixton Bugle. So on a food and drink front, there has to be a decent reason to leave to eat out. Want the hipster-ville Brixton isn’t anymore? Uber off to Peckham. Want posh Michelin stars and a big fat bill, hello Mayfair. But Kennington? Not so much. Except perhaps for 24 The Oval, a new “neighbourhood” restaurant collaboration from The Dairy’s Matt Wells and Andrew Bradford from Knife.

I like the Dairy (with the occasional caveat) and am a big fan of Knife and suspect this combo will work philosophically. The Dairy’s occasional over-cheffy swirly-whirly tasting plate bombardment of technique matched with Knife’s no nonsense beef-based solidity. Turns out, 24 The Oval is worth the Brixton exit visa – although it’s still in SW9.

We chose the none-too-painfully-priced tasting menu (at a basic £38.50 with the occasional supplement). 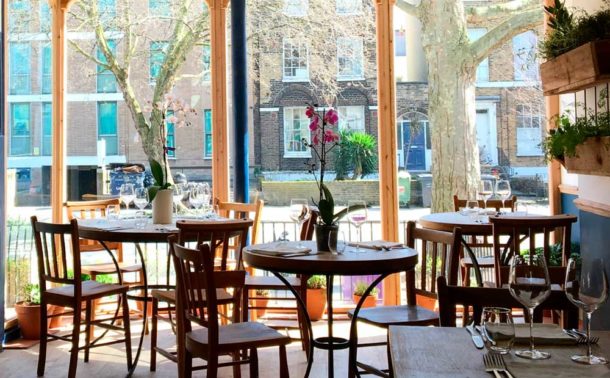 Floor to ceiling windows bring sunset dapple into a relaxing “farmhouse kitchen” style informal room with worn-in wooden tables and terracotta pot plants. It’s friendly with none of the (now) tiresome testosterone fuelled showy-offiness (see Temper or most of the diners in Shoreditch).

Of course everything is cured, pickled, smoked and there is lots of technique, but it doesn’t shout at you or ask for a fanfare.

An imaginatively constructed series of dishes kicked off with sourdough and smoked butter, some great home-cured charcuterie and smoked mackerel pate. 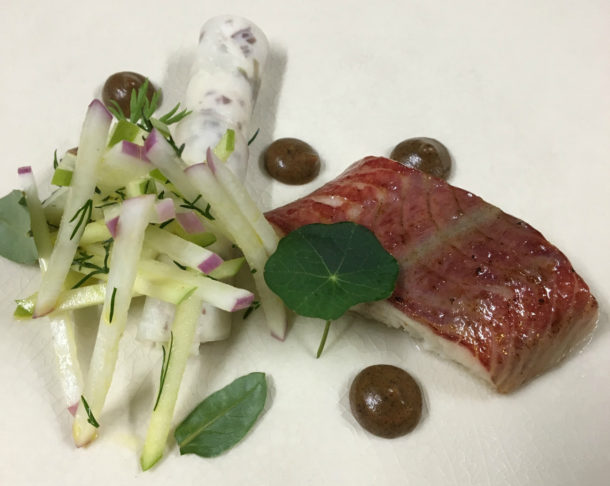 They do a slightly weird thing where the chefs charge up and down the stairs to introduce each dish, which feels a bit unnecessary, and I suspect they might be happier buried below stairs creating what, for us, were the stars of the show.

BBQ Monkfish with smoked mussels, salsify and seaweed probably has had all kinds of things done to it to appear so simple, but was delicious, a swirl (they are allowed) of deep smoky hits and textures. 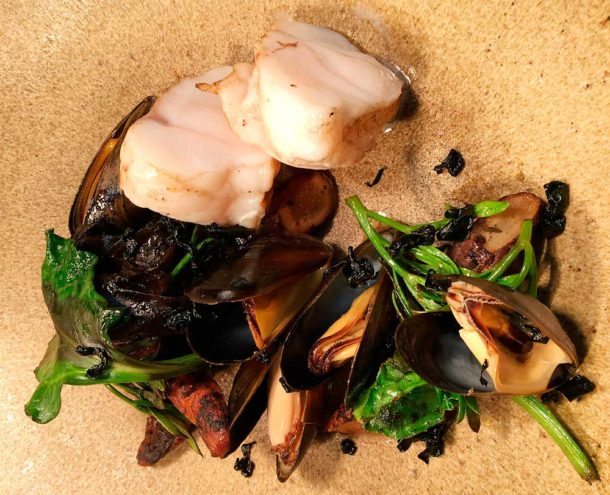 It’s a toss-up between that and Welsh lamb, Lancashire hotpot, broad beans and wild garlic (£3pp supplement). Roughly speaking, lamb three ways. Slow cooked under an umbrella of potato slices, crispy breast (we probably have Fergus Henderson of St John to thank for the fact that this cut is no longer, unbelievably, just thrown away) and beautifully forgiving roast (pink). It’s a pimped mini Sunday roast with good gravy and I can’t find fault.

I don’t do desserts, so they happily constructed a pared down version of their cheese board, with crackers and chutney. I do savoury. With a glass of port of course.

The wine list is good, we had a nice meaty Les Boudalles Ventoux grenache – and they do nice cocktails.

24 The Oval doesn’t show off. It does interesting, innovative (they say “old fashioned”) British cooking with the right amount of bells and whistles and a relaxed ambience. It’s homely.