Twitter
Facebook
Pinterest
Email
WhatsApp
Print
This Wednesday, ‘Upstairs at the Ritzy’ is hosting an album launch for one of my favourite live music promotors in London. I have been to many Laid Bare Live events in a variety of South London’s finest music venues and the evenings never fail to impress. So I was very excited when Rami Radi, the founder of Laid Bare, got in touch to inform me of the release o 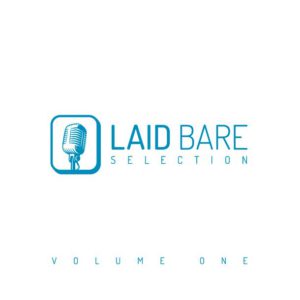 f Laid Bare Selection – Volume One, the first of a series of compilation albums to be released on Laid Bare Records.
The album has nine original songs by several of the amazing artists who have performed with Laid Bare since it started in 2013, some of them will be performing on Wednesday, alongside the usual mix of eclectic musicians Laid Bare Live has become renowned for.

Opening the album is William Poyer, a singer songwriter originally from Wales who released his Americana influenced EP ‘Born Lucky’ earlier this year, and whose launch at Brixton East Gallery was covered by Brixton Blog in April. That’s followed by ‘What I Would Give’, a beautiful song by Brighton based singer songwriter Mara Simpson, who is currently in Italy touring her recent album ‘Our Good Sides’.

Regular Laid Bare contributor, Luke Carey, follows with a track off his brand new EP ‘Stencils’, which amazingly reached Number 2 in the iTunes Chart last week! He cites Damien Rice, Jamie T and Ray Charles among his influences, and will be performing on Wednesday ahead of his own EP Launch at Keenan’s Bar in Muswell Hill this Saturday 03 December.
Peckham based Chisara Agor on voice and ukulele will bring some soulfulness to the evening, and having seen her perform once before this is an act I’m really looking forward to.
Next on the album comes ‘Bare Bones’, a powerful track by Wednesday’s Wolves, a contemporary female folk duo from Oxfordshire who combine vocal harmonies and beautiful soundscapes to produce creatively emotive music with a melancholic edge.
Connor James has enjoyed success this year with the release of his excellent debut EP ‘Every Action’, including a sold out gig at The Ritzy for its launch in October. He has been enjoying some BBC radio play recently and will also be performing on Wednesday.
Also on the album are Ralph Taylor and Alexia Chambi. Both impressive artists in their own right, they brought out a collaborative EP earlier this year, which produces an appealing mix of jazz and r&b, with a definite indie groove woven in.
Winner of the best unsigned male in 2015, Lewis Bootle has also enjoyed airplay on BBC radio recently and October saw the release of his new EP ‘The Seed’. Describing his music as urban folk, he is a crowd favourite in the London gigging circuit and this compilation features his song ‘Price Of It All’.
Chris Belson’s beautifully haunting song ‘Without You Again’ closes the album, with a very timely Christmas-y feel. His debut EP ‘Moon Songs’ was the first release on Laid Bare Records and I had the pleasure of covering the launch earlier this year. His inclusion on this first Laid Bare Compilation is a big plus.
The launch of Laid Bare Selection – Volume One will take place this Wednesday 30 November at Upstairs at the Ritzy. Entrance is free and copies of the CD will be available on the night.