As ghouls prepare to prowl, Nicola Jones previews what, strikes allowing, the Ritzy’s seasonal programme has to offer. Ritzy workers will be on strike this Friday (8 October) as part of their campaign for fair pay . 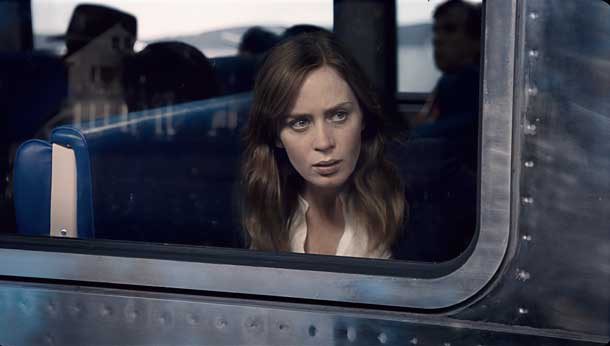 Scene from a train

The most anticipated release of the month will surely be the adaptation of Paula Hawkins’ novel, The Girl On A Train (from 7 October with previews from 5 Oct). Directed by Tate Taylor (2011’s The Help), the film stars Emily Blunt (inset) as the alcoholic Rachel Watson. Rachel’s imaginings of the couple she sees from the train leads her down a dark path of self-discovery and murder. The film is relocated to New York City and is working off the success of Gillian Flynn’s Gone Girl.

Also out this month is Andrea Arnold’s much buzzed about new feature and Cannes Jury Prize winner American Honey (from 14 October). The film will also feature at the BFI’s London Film Festival earlier in the month. Starring Sasha Lane and Shia LaBeouf, the film follows Lane’s Star as she crosses the American Midwest with misfit adventures afoot.

Don’t have Halloween plans yet? Get yourself to the Upstairs at the Ritzy for the annual Buffy The Vampire Slayer Bronze Party happening on 29 October. Relive the best that was of Joss Whedon’s seminal television series along with other fans of the series. Tickets are already scarce, so you might have to say: “If the apocalypse comes, beep me!”

The Sequels have landed

October will also house the releases of Inferno (from 14 Oct) that will, hopefully, conclude the Dan Brown adaptations starring a Ron Howard-directed Tom Hanks.
Jack Reach: Never Go Back (from 21 Oct) also joins the October sequels. Tom Cruise emerges again as an adaptation Lee Child’s novels central character. This time he is joined by The Avengers’ Colbie Smulders.