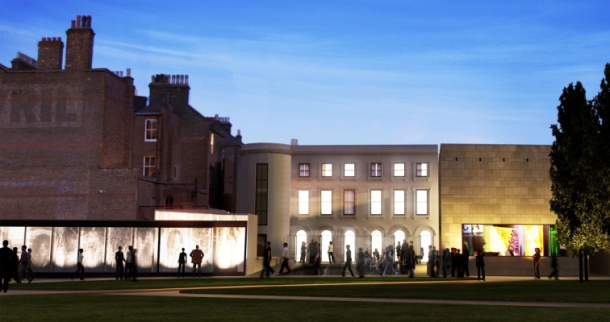 The new £7million home for the Black Cultural Archives (BCA), in Windrush Square, Brixton, officially opens its doors with a massive public event on Thursday.

To celebrate the long-awaited opening of the building, BCA has planned a day packed full of entertainment with musical performances – including a song composed by Dr Shirley Thompson; spoken word artists including Linton Kwesi Johnson and dance pieces from Jonzi D.

Read more about the building here.

The building, which includes part of the former Raleigh Hall in Windrush Square, cost £7million to build with the support of the Heritage Lottery Fund and Lambeth Council.  It will provide access to a captivating collection of black, culturally important material and artefacts.

This unique space, dedicated to Black heritage in Britain, will host a number of culturally centred exhibitions with its own community arts and educational programmes, special events, talks and workshops.

It has overcome a number mof major hurdles, including its main building contractors going bust.

With a collection that stretches from Roman times to the present day, I hope it will become an important resource for schoolchildren, researchers and scholars, underpinning the role that Black people have played in British history.”

Black Cultural Archives opens with the exhibition – Re-imagine: Black Women in Britain which runs from 24th July – 30th November 2014. Re-imagine asks the viewer to ‘reimagine’ and reconsider some historical narratives and accounts of Black women in the Britain. The exhibition spotlights fascinating accounts that reflect the varied contributions made to British society.

Other highlights of the archives include A coin depicting Septimus Severus, the African born Roman Emperor; the Nestor tablet which is a square resin cast of a wall-plaque that tells us the story of a Black servant Nestor who died aged 36 years and a fascinating compilation of oral histories including interviews with individuals from Windrush generation and the Black Women’s Movement of the 1980s. The new centre also holds between 8,000-10,000 books.

Memorial to fallen African and Caribbean soldiers to be unveiled in...