The MADD for Brockwell Park 2014 series of music, arts, drama and dance events continues to fill the Brixton social calendar with a diverse range of performances and activities. Arts contributor Sarah Solomon previews the next exciting performance. 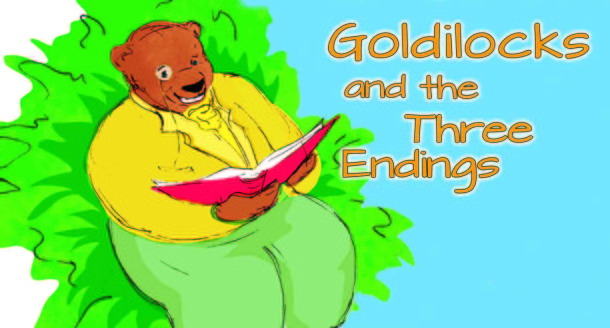 Written by Andrew S Walsh with direction by Vik Sivalingam and original music composed by Guy Holden, the play explores a classic fairytale and turns it on its head, allowing the audience to decide how the play should progress.

Goldilocks and The Three Endings has been specially commissioned for the secluded and picturesque Walled Garden in the heart of Brockwell Park, the perfect setting for a magical story to unfold in which Goldilocks, the Prince and the audience must join forces to save Everwasland.

Brockwell Park is Walsh’s local open space.  In 2011 the writer worked with Sixteenfeet Productions, using Brockwell Park’s Walled Garden for his theatre adaptation of the classic children’s book The Wind in the Willows by Kenneth Grahame. Prior to that Andrew had watched Sixteenfeet’s production of Alice in the Walled Garden.

Site specific theatre and the idea of taking classic stories and telling them in a modern and inventive way are constants in Sixteenfeet Productions’ activity, something which Andrew sees as being core to the development process behind Goldilocks and The Three Endings, coupled with the exploration of audience interactivity with plot lines.

“The promenade style that Sixteenfeet have used, where you walk from one scene to the next within the walled garden, gives their productions a lovely energy, so what if we could add to that and allow the audience to choose which branch of the story to follow?  This lead to all sorts of ideas that means the audience will be able to not just see a set of fairy tales in a whole new way, but they will be able to influence what happens in them too.”

Walsh studied an MA in Television and Radio Scriptwriting at Salford University and has a diverse portfolio of writing credits that includes work for TV (programmes such as Emmerdale and Byker Grove), film, theatre, radio and animation.  Andrew began his writing career in theatre, having written fifteen plays to date and clocked up twenty years of experience as a playwright.  The knowledge gained within the realm of writing for video games, together with the promenade theatre Sixteenfeet Productions is known for, have influenced the interactive element of the play.

“This is the first time I’ll have added interactivity into a play, but I’ve been working with interactive stories in video games for fifteen years….. Now I’m getting to tell an interactive story in the theatre…. Giving the audience a measure of control whilst still keeping the traditional shape of a play has been a really fun challenge…. We aren’t a pantomime though! I love pantomimes, but this is a play with choices rather than one which smashes through the fourth wall and has all the characters talking to the audience throughout.”

Goldilocks and The Three Endings is a play for all ages and is running from Saturday 26th July to Sunday 10th August in Brockwell Park’s Walled Garden.  For further information and to book tickets, visit http://www.sixteenfeet.co.uk/portfolio/goldilocks_and_the_three_endings/

Call to Fitness with Frankie Holah