Discussion of radical change in Brixton’s Atlantic Road last night (6 October) continued a programme of wide-ranging events organised by Make It In Brixton.

Under the heading The Space In Between, the “talks, events and happenings” range from fashion performances to discussions on the creative future of Brixton through “White Allies”, billed as. challenging and alternative way to approach anti-racism. Details here.

Launched last year, Make It in Brixton is the public face of the local creative enterprise zone which is backed by Lambeth council and the Mayor of London.

BID managing director Gianluca Rizzo was happy to confirm to an audience of local movers and shakers that the controversy generated by the “Brixton Playground” initiative the BID created with Squire & Partners was planned and welcome.

Its vision of a pedestrianised Atlantic Road was only one aspect of the discussion, however.

Squires partner Tim Gledstone and Mohammed Rahmany, founder of AWMA, the Brixton-based experimental design collective, looked at the history of Atlantic Road and how its name has many connections – from the enslavement of African people to Britain’s pre-eminence in 19th century engineering.

Hammant Patel Villa recalled his experience at 10 years old of the 1981 Uprising on Atlantic Road, where he is now proprietor of Courtesan.

Like almost every other contributor, including the Brixton Society’s Bill Linskey and Alan Piper, he raised detailed questions and concerns about the future of the many traders, small and not so small, who are currently based on Atlantic Road.

While many key players in the future of Brixton, including a Lambeth council officer, took part in the discussion, the absence of others was noted and commented upon.

Neither the Amsterdam-based companies controlled by the New York based finance giant Angelo Gordon, which own both of Brixton’s large covered markets and plan to build a tower looming over them, nor their Brixton manifestation, Hondo Enterprises, were represented. 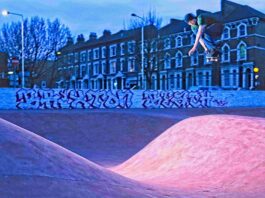 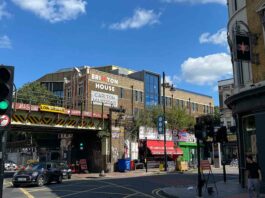 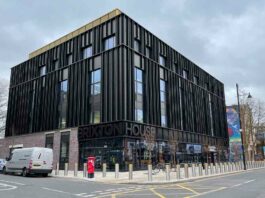