The entire area bounded by the South and North circular roads (but not the roads themselves) is now the ULEZ – 18 times the size of the current central London zone.

Anyonein the zone driving a vehicle that does not meet new emission limits will be charged £12.50 a day.

ULEZ will operate every day of the year except Christmas day.

There are some exemptions for vehicles used by disabled people, but they do not include Blue Badge holders.

A campaign has been launched to rise £5,000 to get a legal opinion on whether the failure to exempt about a quarter of a million Blue Badge holders from ULEZ charges is a breach of their human rights.

Among several groups to welcome the extension of the zone was Mums for Lungs, which highlighted the fatal toll of air polluted by internal combustion vehicles when members blocked Brixton Road more than four years ago in 2017.

Brixton Road has been, and still is, one of the most polluted roads in the UK.

Mums for Lungs joined nine other groups at the weekend to put up 2,000 posters across London, several of them in Lambeth, highlighting support for the ULEZ expansion and its benefits.

Central Brixton resident Peter (who did not want to publicise his full name) told the Blog: “I have two primary school age children, and I am really worried about the impact of air pollution on their health, especially after the tragic death of Ella Kissi-Debrah.

“ULEZ has had a big impact in central London – it’s reduced air pollution by nearly half there.

“I believe it’s time for more children to reap the benefits, and therefore I am pleased that that the ULEZ is being expanded, to bring cleaner air to millions more Londoners.

“I’ve spent 20 years in Brixton without a car.”

Herne Hill resident Celeste Hicks said: “I’m a mother of three children. I don’t have a car and I spend a lot of time walking with my children, and I have been very worried about their respiratory health knowing about the illegally polluted air in London, especially around Brixton and the South Circular Road.

“I read that the ULEZ in central London reduced kerbside nitrogen oxide levels by 44%.

“This is an amazing achievement and I’m really excited to think about the changes we will see in Lambeth where so many people don’t own a car.”

“Clean air should be a human right for everyone.”

According to Transport for London’s London travel demand survey, 3.8 million people live in the expanded ULEZ zone, where six in 10 households do not own a car, yet suffer appalling air quality, caused in part by polluting vehicles.

Professor Sir Stephen T Holgate, Medical Research Council clinical professor at Southampton, and special adviser to the Royal College of Physicians on air quality, said: “Air pollution is a scourge on society, especially harming the young and old as well as those with pre-existing diseases.

“With the expansion of the ULEZ today, the mayor of London has taken a vital step that will deliver major reductions in toxic pollutants across London – reductions that will have significant benefits for the health of all Londoners.”

Despite significant improvements in London’s air quality between 2016 and 2019, a study by Imperial College London researchers found that the city’s toxic air contributed to the deaths of more than 4,000 people in 2019.

A 2018 study by King’s College London (now Imperial) found that toxic air was stunting the growth of children’s lungs in Tower Hamlets and Hackney. Children were losing lung capacity equivalent to the size of two large eggs.

A spokesperson for the mayor said the health benefits of his policies, including the ULEZ and its expansion, are expected to avoid almost 300,000 new cases of disease related to air quality, prevent more than 1m hospital admissions, and save the NHS around £5bn by 2050.

Almost nine out of 10 (87%) of vehicles currently travelling in the zone already meet ULEZ standards.

The ULEZ expansion, and tighter London-wide low emission zone (LEZ) standards for heavy vehicles introduced in March, are expected to reduce emissions of deadly nitrogen oxides (NOx) from road transport by 30 per cent across London in 2021.

A spokesperson for the mayor said ULEZ “is also an issue of social justice, with the poorest Londoners, and Londoners from ethnic minority backgrounds least likely to own a car but also worst affected by toxic air.”

£61m has been made available for small businesses, charities operating minibuses, and low-income and disabled Londoners to scrap older, more polluting vehicles.

The expanded ULEZ has the most stringent emission standards, operates for longer hours and covers the largest area of any charging scheme in Europe. 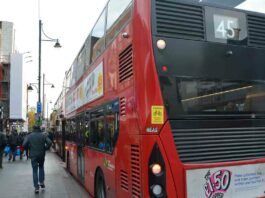 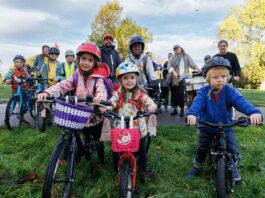 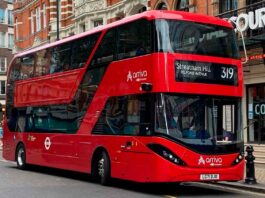