Brixton Road is one of 15 places suffering daily illegal levels of air pollution to be highlighted by the campaign group Mums for Lungs, which began locally.

It says that the introduction of the London ultra-low emission zone – ULEZ – in two months, which will include Brixton, will not be enough to make streets safe.

Members have created pavement stencils at the sites to back the demand for a diesel-free city. They say that illegal levels of pollution in London continued even when traffic was reduced by lockdowns.

They were joined in Brixton by local two-year-old Lea.

They point to 15 air quality monitors that in 2020 recorded illegal levels of NO2 – a pollutant that can cause reduced lung function in children, as well as trigger asthma attacks and hospital admissions for children with lung conditions.

Mums for Lungs said London has never met the requirement to reduce pollution below legal limits and that the impact of pollution is not equal.

Research shows that NO2 pollution is, on average, 24 to 31% higher in areas where people from Black, Asian or minority ethnic backgrounds are most likely to live.

Environmental Defense Fund Europe (EDF Europe) compiled readings from the city’s air pollution monitors and used data from Cambridge Environmental Research Consultants (CERC) for the Breathe London pilot project, to estimate that approximately two-thirds (67%) of the NO2 pollution at these locations came from diesel vehicles, such as cars, taxis, vans and HGVs.

Most of the illegal sites are located outside the ULEZ.

The existing zone dramatically reduced air pollution in central London and will be expanded to a much larger area on 25 October.

It will include the entire area bounded by the North and South circular roads. The South Circular runs locally from Dulwich to Streatham via Tulse Hill.

Nine of the 15 locations are on or near Red Routes – a network of major roads managed by Transport for London.

A recent health assessment has shown that these roads create an unequal health burden in the city, leading to calls for action to make them significantly healthier and safer.

Around 47,500 primary school children study close to these major roads. The Mayor of London has committed to identifying “bespoke solutions” for Red Route locations. Mums for Lungs says these are unlikely to meet legal NO2 limits after the ULEZ expansion.

South London parent Jemima Hartshorn, a member of the Mums for Lungs group, said: “Even during the pandemic when London’s roads felt empty for months, it’s astounding to see that so many areas were still illegally polluted in 2020.

“We are grateful for the ultra low emission zone, and the October expansion is critical to protecting kids’ health.

“But initial data from 2021 indicates many of these sites will continue to exceed legal limits, highlighting the inadequacy of existing plans to reduce pollution. We need firm proposals for a diesel-free city.”

“Data at these individual monitoring sites only provides a tiny part of the wider picture.

“Modelling clearly shows that many areas across London are continuing to exceed legal limits, including those outside the bounds of the ULEZ expansion.

“Without further action, there is a great risk that some London communities will be left behind.” 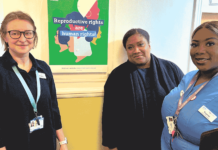