Hundreds of people have rallied to the support of a longstanding Brixton business that police are trying to close down.

Sheer Perfection barbers on Ferndale Road has been serving the community for more than 20 years, but, out of the blue, police raided the premises at the beginning of this month and immediately applied to magistrates for a closure order.

Supporters say that, far from being a criminal enterprise, Sheer Perfection is a place that has sponsored apprenticeship in trades and mentored young people to keep away from crime.

They have launched a petition against the police action that has already attracted approaching 300 signatures.

“This is a family and community-based barbers, that has always been inclusive of all members of the community and surrounding areas,” the petition says.

“We are welcoming and have remained transparent with our customers and neighbouring businesses.”

Karen Speid, partner of Sheer Perfection proprietor Harvey Lewis, said police were claiming that the barbers – despite being in business for 23 years – is, in fact, a front for drug dealing.

Yet the raid on 3 June this year was the first in the history of Sheer Perfection.

“It was based on no evidence, yet several people in the barbers were handcuffed and searched.” Police claim that they found a class A drug.

Police had also spoken of cars parked outside the premises, but this could not be the responsibility of Sheer Perfection, she said.

Harvey Lewis will be back on court this Friday (18 June), fighting to save his business and reputation.

Karen Speid said that more than 30 people, from all walks of life, had come forward with testimonials backing the barbers.

She said that Sheer Perfection, like many other small businesses that sustained Brixton when no others wanted to trade here, no longer “fitted in” to what the area is becoming. But it was “a tiny piece” of the former Brixton that should not be forced out. 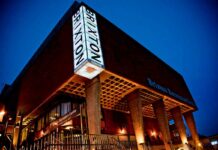 Getting involved in Brixton’s history

Labour win by just 19 votes in council by election