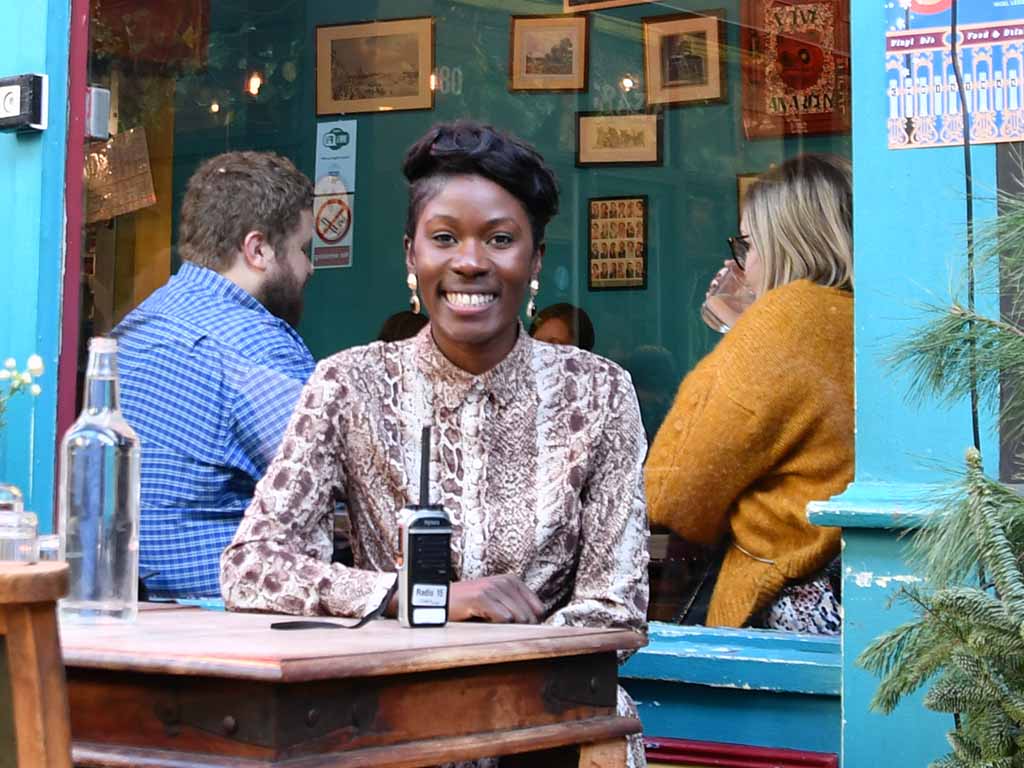 It’s been six months since Diana Nabagereka took on the role of General Manager of Brixton Village and Market Row. Before that she was general operations manager for Camden Market.

Operationally it has been a busy 6 months behind the scenes. Two new substations have been built to provide better electricity to the tenants. This new supply with also allow for new lighting along the walkways, updated CCTV and the installation of heating to create a warmer, brighter, safer environment for traders and shoppers alike.

The roof has been re-felted to stop the inside rain showers regulars will have become accustom to and next year will see a full restoration of the iconic Georgian glass panels. Diana has over seen work on the sewer systems, with night works taking place to replace pipes. The newly free toilets are being expanded and renovated to a higher spec (28 toilets on the ground floor and public access to first-floor tenant toilets).

There are also many spaces in the market that Diana and the team have earmarked for community use including a new recording studio, that is still under construction. As well as hosting a commercial studio it will also be open for young local creatives to use. “Art, music and culture are things the market has always been known for and is one of the key things we want to reintroduce” says Diana.

Next door is the new, vast contemporary arts space with windows that look out onto Coldharbour Lane. “This is a 360 space that people can use to express their creativity. Black History Month we had a really great exhibition with a young designer called Bianca Saunders she also introduced a black ballet group who rehearsed in this space.”

Diana also has plans for the roof of Market Row, she is in discussions with an urban gardener about introducing bees, “Not every rooftop area needs to be a bar, as cool as they are,” she says.

Lost in Brixton, the new mezzanine bar over the goods yard is free during the day and run by Brixton Village as a community space so far hosting a BAME doula, yoga classes, soft play groups, meetings, “I want more people to use these spaces!” Diana emphasises.

As we walk around there are lots of hellos to be said as Diana is stopped by different traders, “I’ve come from 500 traders in Camden to 140 here which means I have really been able to get to know everyone – who they are and what makes them tick!”

There is a balance to be kept between the old tenants and new, the historical buildings and necessary modernisation, she says, “It was in my interview that I found out that the market is listed. One of the things that really captivated me in the role was knowing that it was purchased 18 months ago, with the knowledge that it was Grade 2 listed. For me I stand by loyalty and integrity, knowing someone purchased it knowing that he had to preserve that but still had great ideas to redefine the space excited me.”

“What I have seen since I joined has maintained my belief. Brixton will always need a Latin American butcher, and it will always need a Caribbean greengrocer, a lot of those traders sit in key sight-lines, and leases have been renewed and rents protected.”

“I’m a Brixton girl. I knew Brixton as a child, we used to travel up here with the nanny trolley and my mum would pack it up with fruit, veg, meat, those are my original memories of the village. Having the opportunity now to be GM gives me tingles.”

As we walk back through the market one of the highly successful night markets Diana has introduced is setting up. Our final stop is Compliments of the House, the Brixton-based charity run by Sinéad Browne who has just moved into a new unit in Market Row and is preparing to open for the evening.

“We had so much turmoil before we were able to come under Brixton Village,” says Sinéad. “Diana has pushed for us to have our first sign which will be installed next week. Hondo and Brixton Village have given us a home in Brixton.”

Diana is employed by Munroe K Asset Management Limited which provides a property management service for the Village and Market Row which are owned in a joint venture between Hondo Enterprises and Angelo Gordon, a large privately owned US-based investment company.

They have already invested £1m in renovations, most of which visitors wouldn’t noticed but have a fundamental impact on the experience for visitors and tenants alike.

Diana and the Brixton Village team have lots of new plans for the future, while preserving the much-loved Brixton markets we know.