Companies that are subsidiaries of a New York based hedge fund, Angelo Gordon, based in Amsterdam, New York and London are recorded officially as the owners of Brixton Village and Market Row – known collectively as Brixton Market.

On 2 May, according to documents filed with the UK Land Registry, the Netherlands-based AG Brixton Village BV purchased Brixton Village for £6,443,000 excluding VAT. Market Row was bought for £17,250,000 plus £174,570 VAT by AG Market Row BV. The two purchase prices total less than £24 million.

London and Associated Properties plc (LAP), the former owner of Brixton Village and Market Row, announced on 27 April that it had completed the sale of Brixton Market for £37.25 million, a considerable profit compared to the book value of 24.5 million. 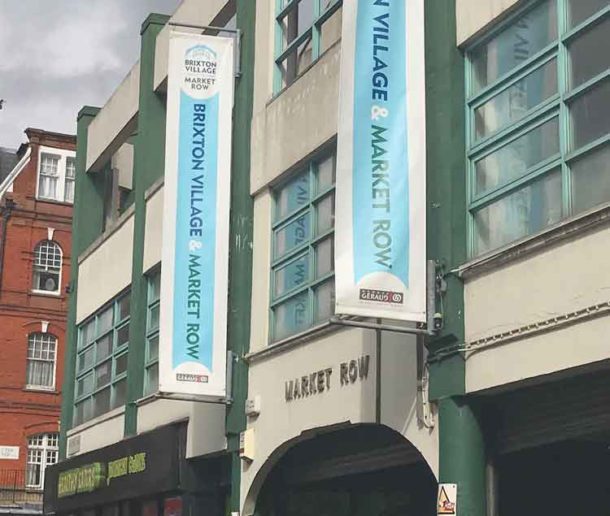 Hondo Enterprises, controlled by London-resident Texan Taylor McWilliams, announced in March that it had bought both the freehold and leaseholds of the property. But Hondo’s name does not appear on the title deeds lodged with the government’s official Land Registry.

A spokesman for Hondo said: “As announced in March, Hondo and its investors purchased the leasehold and freehold of the sites collectively known as Brixton Market. As is common practice, two special purpose vehicles were created to complete the purchase of Brixton Village and Market Row respectively, which is reflected in the market’s updated title at the Land Registry. Angelo Gordon is one of the investors in those vehicles, with Hondo taking the active lead in managing and improving the market itself.”

Nertherlands resident Tieskens is a director of Angelo, Gordon Netherlands BV. The chief finance officer of this company is US-based Joseph R Wekselblatt.

Wekselblatt is also chief financial officer of Angelo Gordon & Company Lp, a hedge fund that manages $28 billion of funds. Its main office is in New York with subsidiaries in Mayfair, London and Amsterdam.

Founded in 1988, the privately held company says it is an “investment advisor dedicated to alternative investing”.

It seeks to generate returns “by exploiting inefficiencies in selected markets and capitalizing on situations that are not in the mainstream of investment opportunities.”

This post was amended on 4 June at the request of Hondo to make it clear that ownership of Brixton Village has not changed hands since the sale by LAP.

A tour of Brixton through sketches