Brixton based artist, filmmaker and psychotherapist Stephen Rudder talks to Brixton Blog at the end of his exhibition Black Men’s Minds at Brixton’s Black Cultural Archives.

A disproportion number of black men are sectioned under the mental health act, these startling statics were the starting point Stephen Rudder’s project.

He ran workshops at 198 Contemporary Arts, Railton Road, where he invited black men with experience of the mental health system to share their stories and create collages, poems and artworks.

Rudder then went on to interview the men and it is these interviews that are the foundation of the audio-visual installation. The other part of the soundscape is the elemental sound of psychotropic medication.

“Atoms in certain elements can create a tone” explains Rudder. He worked with a chemist and a musician to first isolate these tones and then create a soundtrack.

The visuals also blend the human and the medical, powerful symbolic images morph into street scenes, with areas of the original film damaged by the application of chemical components from psychotropic drugs. 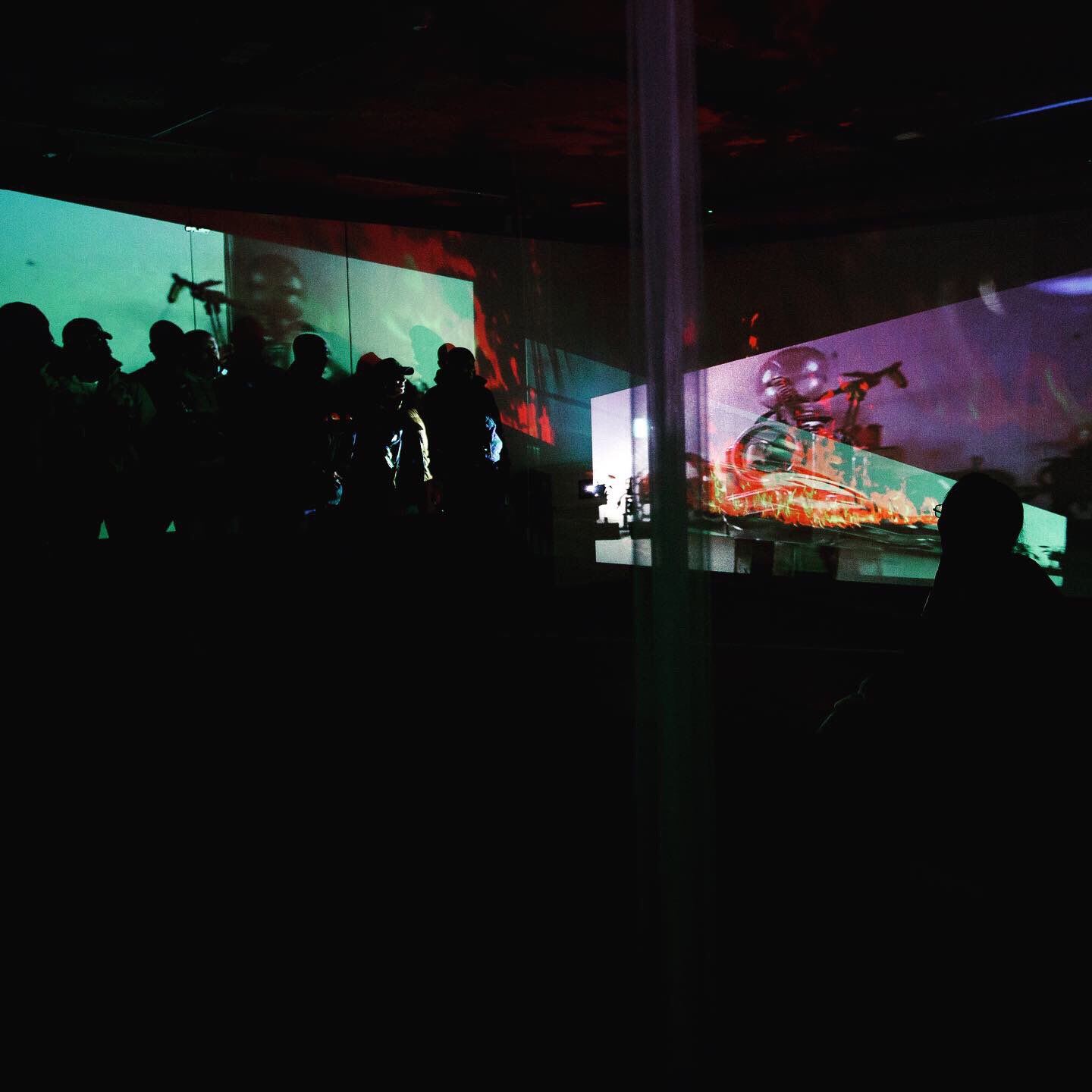 The response to film has been overwhelming, “One man said to me that you can feel the weight in the room, there is so much that has to be said and spoken about.”

The show has started many conversations and brought these experiences out into the public realm.

“It is not just about black men with diagnosed mental health challenges, it is the daily experiences of other people’s fear you have to live with, we might laugh about it among ourselves but those experiences on a regular basis has an impact on how you feel. You have done nothing and yet people fear you.”

Rudder continues: “To see and experience violence has a lasting effect on you. How many of these young men are being treated for PTSD? Society demonises them for going through traumatic events.”

The immersive installation film is a collaboration between Rudder and the men who had the courage to share their stories.

Black Men’s Minds is a moving testament to the minds and souls, not only of the men featured in the film, but to all those who are not.

Are you an artist living in or around Brixton?