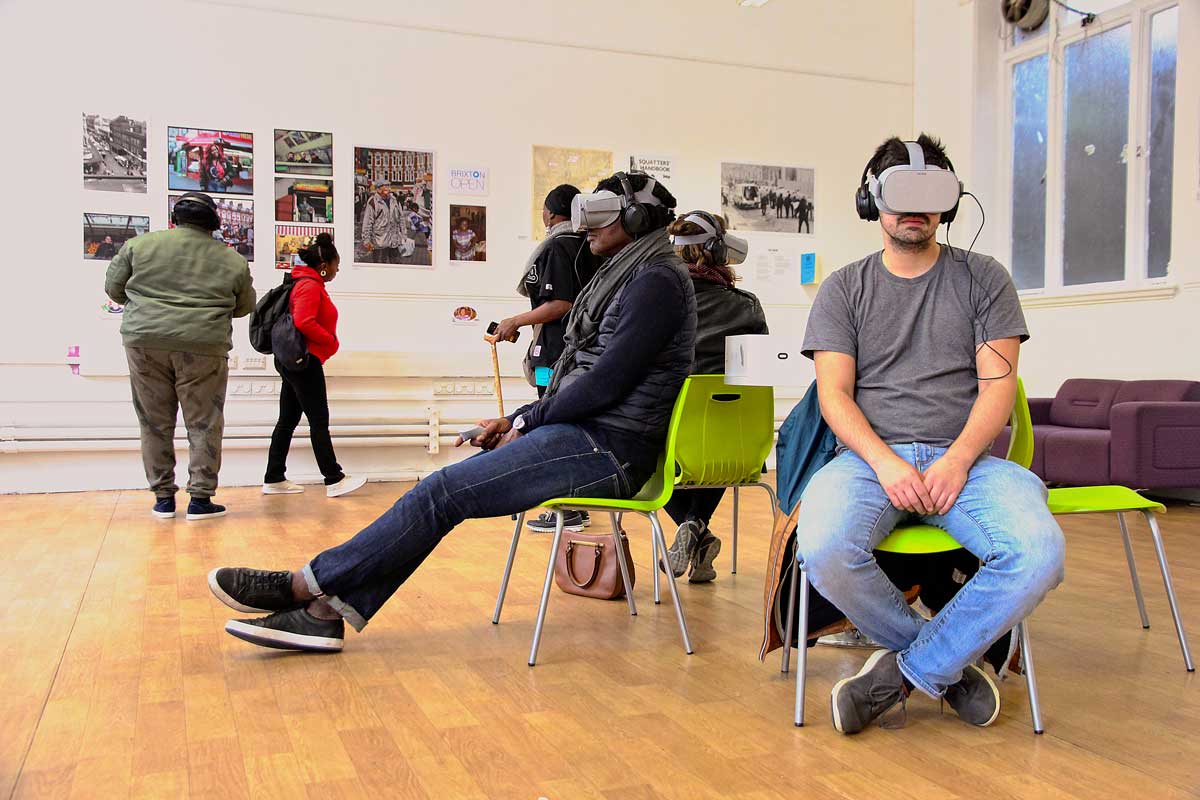 The Independent Film Trust is raising money to take the Coldharbour VR Project to local schools, youth centres, and to submit it to international film festivals. The crowdfunding starts on 13 November until 25 December. You can show your support on the crowdfunder page.

The film which takes viewers on a virtual tour of Coldharbour Lane and Brixton’s heritage was oversubscribed at its launch at Brixton Library.

A spokesperson for the project said: “We were so over-subscribed that we had to accommodate almost three times the number of people we had planned for! At the exhibition, people repeatedly suggested that we take the VR experience to schools, so now we are raising money to take it to as many schools as possible and share it with film festivals around the world.

“We believe that the experiences of people in Brixton, as explored in Coldharbour, can teach the world a great deal about the value of community, equality, grassroots activism and the fight to uphold the rights of everyone to live and work without oppression.

“By taking Coldharbour to schools, we hope to enlighten local young people on the important heritage of Brixton and to encourage them to take an active role in their communities. We also hope to inspire young people who are more familiar with modern media and VR to develop more immersive and impacting ways of exploring history.

“Taking Coldharbour to festivals will enable us to promote the value of community around the world and highlight the important contribution that Brixton residents have made to numerous fights for equality, the production of world-renowned art and music. It will also give the local people involved in the production of Coldharbour an opportunity to be recognised for their achievements.”

The crowdfunder will start on November 13th at midday, but you can pledge your support early to secure your gifts!