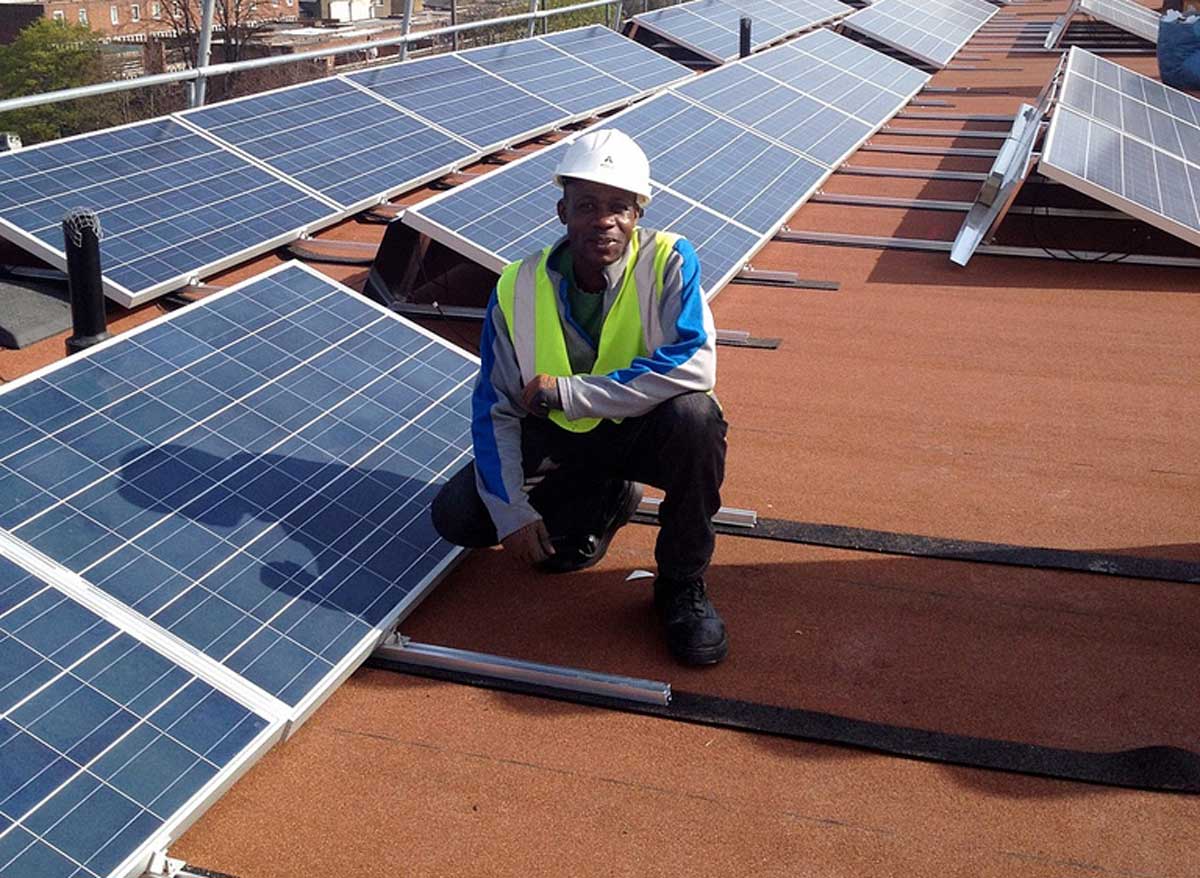 Residents of Elmore House on the Loughborough estate in Brixton will be among the first home users in the UK to tap into the emerging “flexible energy” market.

UK Power Networks, which runs power supplies across London is partnering with EDF Energy and the not-for-profit organisation Repowering London to trial the project. Residents will be able to take part in a local energy market offering services to the regular distribution network.

A solar power station (above) installed on the roof in 2012 by EDF and Repowering London already enables residents to store electricity in a battery and trade it with one another using blockchain technology.

A new Urban Energy Club will take this a step further by testing how residents can support local power supplies with energy from their solar panels to respond to demand in the area.

Living in apartment blocks and flats has traditionally deterred residents from using low carbon technology such as solar panels and batteries. This trial has the potential to enable more people to use renewable energy at a lower cost and to bring new income for individuals and communities who would otherwise not be able to participate in the flexible energy market.

Agamemnon Otero co-CEO of Repowering London, said: “Building the first inner-city community energy project on social housing in the UK in 2012 was just the start.

“Brixton Energy Solar 1 showed how energy could be produced and owned by communities, creating a local solution to fuel poverty and climate change. Now there are four projects up and running in the London Borough of Lambeth.

“Urban Energy Club is the next step in developing a local energy model where renewable energy can be stored and used on site by residents.

“Generating, managing and sharing their own energy truly empowers people, and we can live up to the co-ops’ mission: ‘Power to, for and by the people’.”

Power for the people – renewable and solar