It’s the 10th anniversary of Day One Komonopromo which won Brixton director Keith Musaman Morton an award at the NYC international Independent Film Festival. To celebrate its anniversary, the film is now on YouTube.

Day One (2010} Is set in Brixton and tells the tale of a young woman, Annette (Anniwaa Buachie) on her journey through a chaotic world of friendship, mistrust, addiction and all its victims, heroes and villains. It is written and directed by Keith Musaman Morton. The soundtrack complements the action and has some great lyrics – well worth a listen.

Film maker Keith is taking time out during the lockdown to reflect on the past and think about the future. Previously he spent eight years travelling to make his film about steel pans Panomundo that featured on the Blog.

Keith is writing a script ‘Rustle’ which is not far removed from the lockdown scenario. It tells the story of an ex-kicking champion who is housebound after a brutal street attack.

“My plan is to shoot my film in my flat in Brixton to make it as cheap as possible.’’

Keith admits he feels ‘extremely trapped’ despite ‘having plenty of things to get on with’.

“My inspiration comes from interaction with people and I am more motivated. So, when lockdown ends I think my agenda will be turned more to socialising.

“The film work is OK, because of social media things carrying on as normal. Maybe even better during the lockdown because people have more time on their hands.’’ 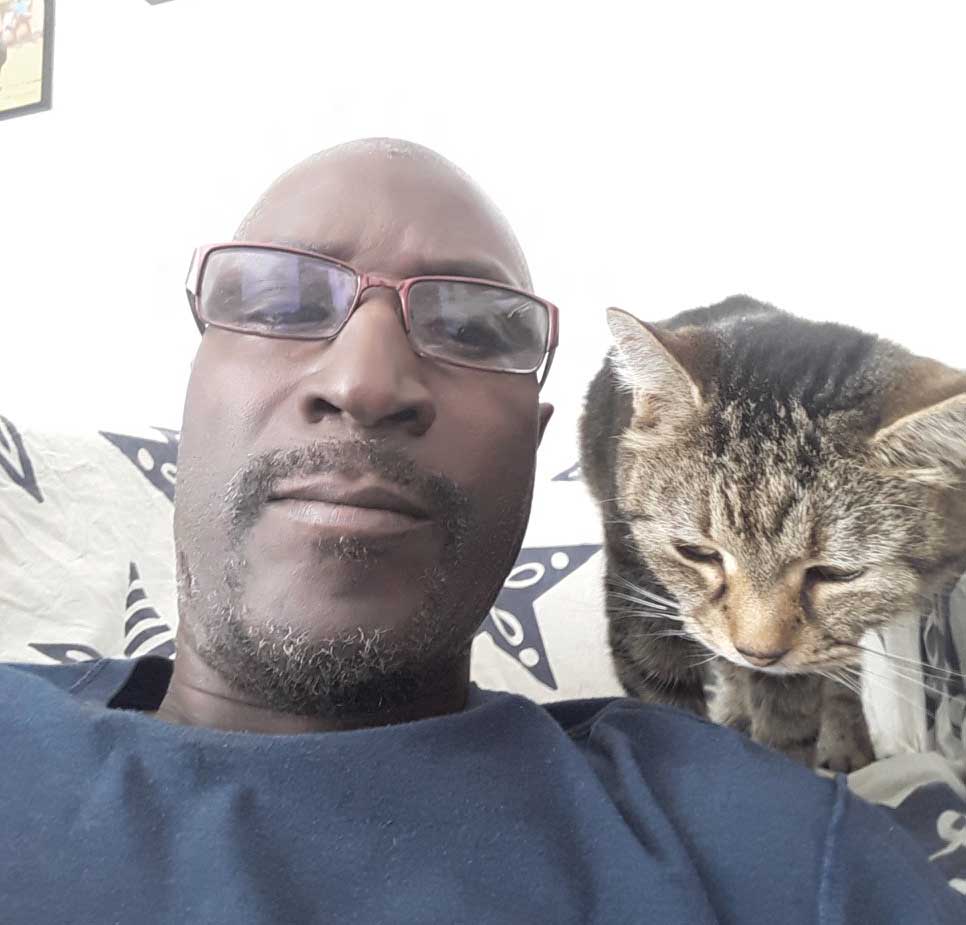 Although Keith doesn’t have time on his hands – working on ideas for his film – what time he has goes to Cosmo his cat.

Keith admits his cat has become a star in the home. “Because I am at home all day the relationship with the cat Cosmo has changed. I am now giving him more attention and he is loving it!’’

Keith has discovered that showing Cosmo cat on FB had a great reaction.

‘‘I have heard that cats are the number one of viral videos on youtube so it maybe worth investigating!”

In the meantime enjoy watching Day One Komonopromo.