…where we hi-five local musical movers and shakers. We ask five questions to get to know the people who play regularly or contribute in other ways to Brixton’s live music scene. This month it’s the turn of Tim Perry 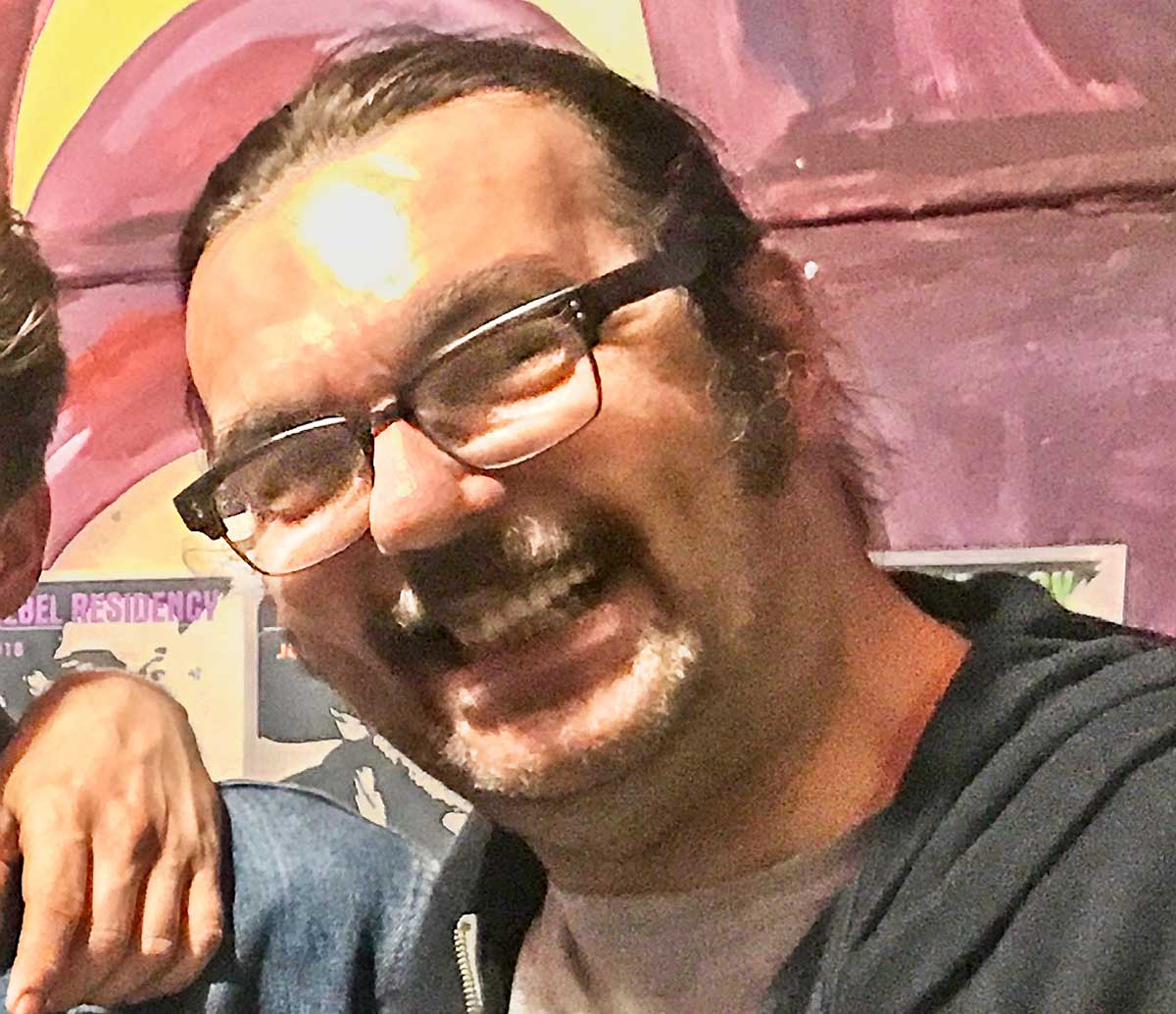 I’ve been doing the band bookings at the Windmill for most of this century. We put on all sorts but mostly new alternative bands. Recent regulars who have gone onto bigger things include Fat White Family, Goat Girl, Shame and the Mercury Prize-nominated black midi.

I experienced those mad club nights Alabama 3 did at St Matthew’s Church and around that time D’Angelo at the Academy was just something else. Nowadays I never have evenings off so as far as the Windmill is concerned, south London noise quartet, black midi’s early gigs in 2017 brought the house down as they were so fresh and new. And brilliant. And LOUD.

Experimental Egyptian multi-instrumentalist Nadah El Shazly and other Arabic crossover stuff like Jerusalem in My Heart and Acid Arab. Plus (as always) lots of old school country as well as newish hiphop releases from the likes of Danny Brown. And loads of demos, obviously.

Most of my favourite albums are by “Various Artists”; the one I always keep going back to is Mutant Disco on the Ze/Antilles label, a collection of underground New York noise, pop and disco from the early 80s that still sounds vital today.