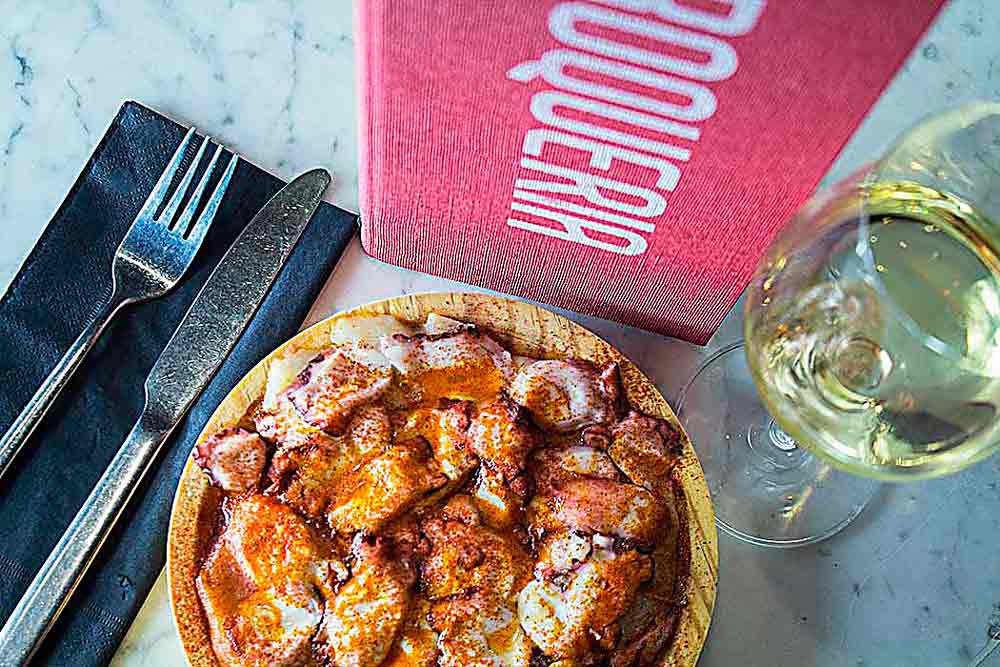 Last time I checked, I am not Emeritus Professor of Tapas at Universitat de Barcelona, but am I wrong in thinking that, as we are showing with our EU-leaving pantomime, when it comes to many things European, we Brits get it all a bit wrong?

“Tapa” were traditionally served by hostels or bodegas in 19th century Spain as a menu sample. More often or not the innkeeper and the traveller were illiterate – so tapa were free samples of the ‘house’ menu. The name literally comes from the practice of putting a top (tapa) over a glass of wine to keep the flies off. Up north, they are called pinchos (stick) and people paid the bill on the amount of sticks.

Tapas seemingly then morphed into what I understand it should be, smaller portions to accompany drinks. Classically that would be a sherry – fino (good with ham and cheese) or manzanilla (for seafood). Of course, a nice Rioja or a cold glass of Estrella will do fine. 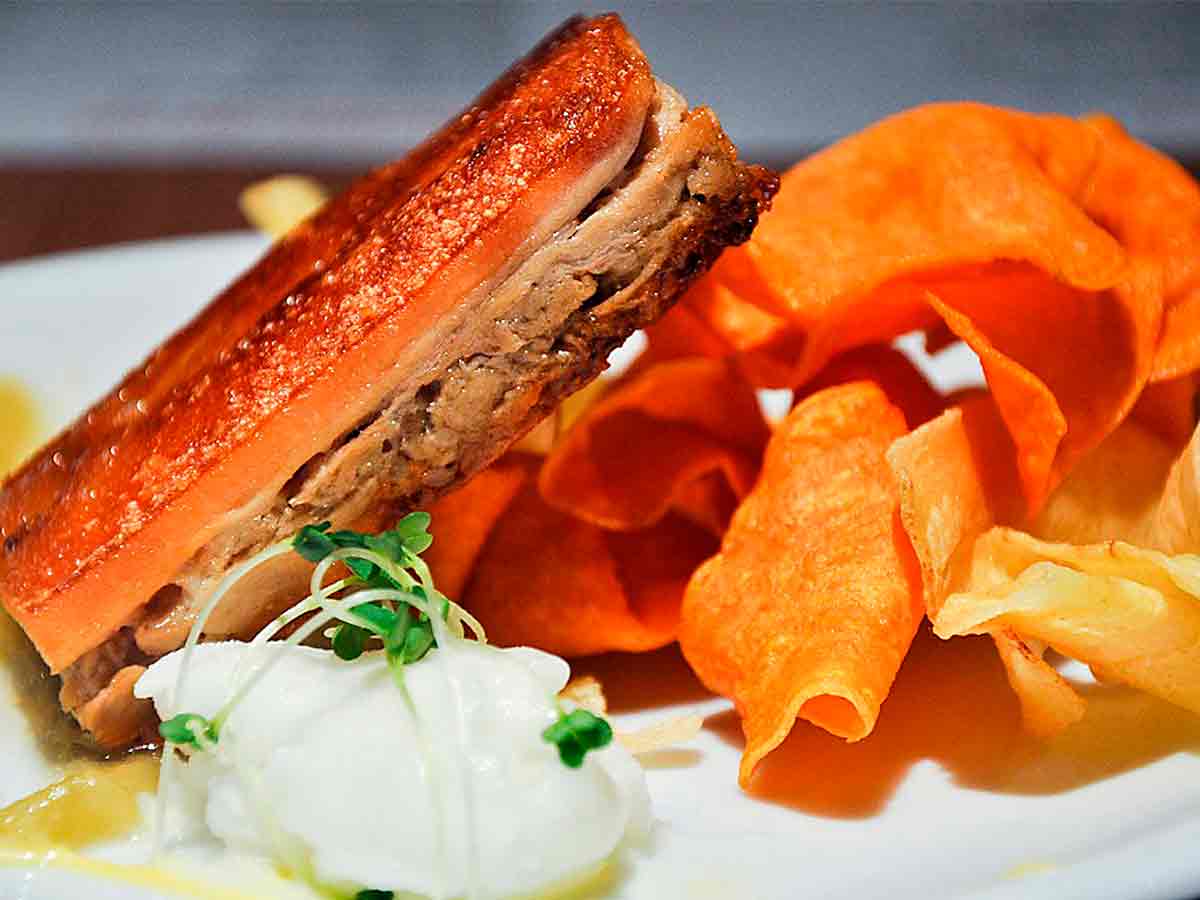 Arguably the forerunner of the “Marmite” trend of small plates charging at you in no particular order from the kitchen, tapas suits a Med culture of more languid drinking and parallel snacking. Not so suitable to the (older) great British tradition of necking as many pints as possible, then collapsing into a kebab shop. Or the requirement that any meal should leave you stuffed to the oesophagus.

I distinctly remember my Dad (supposed Europhile), on summer camping holidays in Spain, having a good old British moan about how, just as we all went to bed, all our neighbours started getting together, cooking (he particularly liked the whisking of eggs) and chatting the early hours away. How annoying to be in Spain to find Spanish people doing Spanish things. 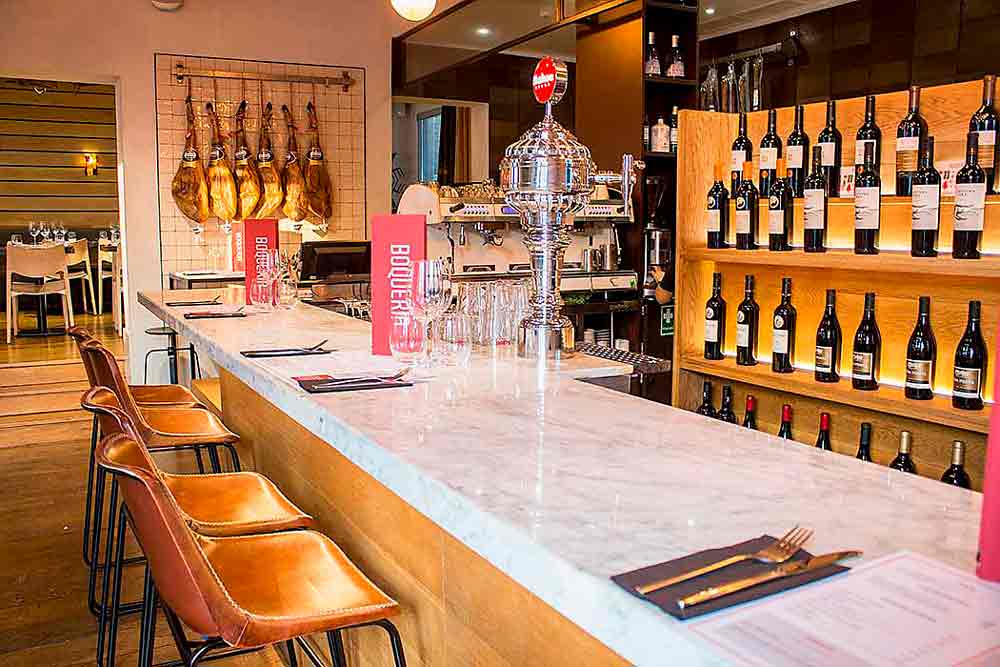 Boqueria on Acre Lane, is both a Spanish restaurant and tapas bar. Downstairs think restaurant, upstairs think tapas at the bar. So, I quite often pop in for a catch-up where it’s just a few beers and a couple of dishes, rather than a full-blown meal. You don’t have to be Spanish to run a proper Spanish tapas bar, but I am guessing it helps.

So alongside ice-cold Estrella (and some kind of live flamenco coming from downstairs) take your pick from classic small plates and larger almost main course dishes. The “tradicional” classics are all there, patatas bravas, cheesy croquetas, tortilla, chorizo, meatballs, calamari, Padron peppers. But our favourites were pincho de solomillo, beef tenderloin, foie (liver) and Pedro Jimenez (dark, dessert sherry) – super rich, super tender on toasted bread, as well as presa Ibérica, Iberian pork shoulder with roasted peppers marinated in, garlic and cumin “pont neuf” chips and goat’s cheese. There is some deft cooking coming out of this kitchen. 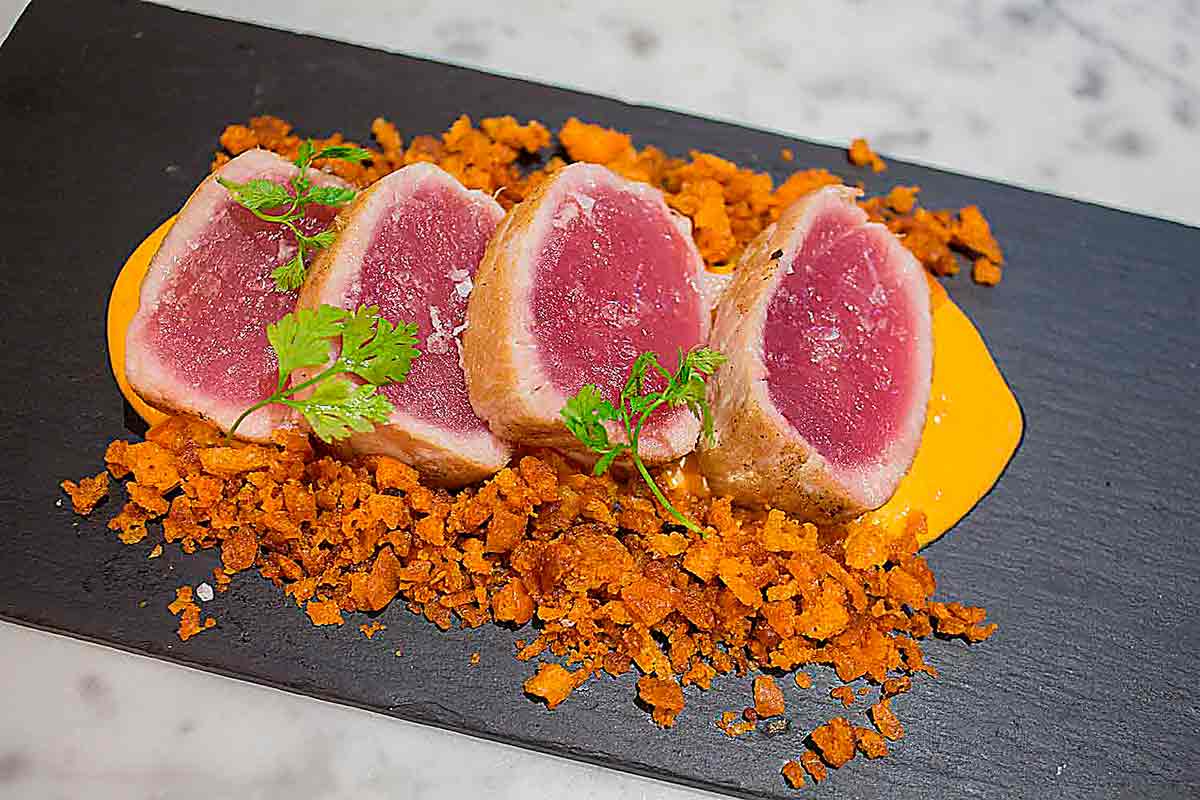 And I am (cue pun) a sucker for octopus, so it’s a given I’m trying pulpo a la Gallega, octopus with paprika on bed of potatoes, while dipping into pals’ red tuna carpaccio with almond soy and tomato tartare. Or just grab one of their many varieties of sherry and get acquainted with Boqueria’s cured meats and cheeses, particularly their jamón Ibérico puro bellota.

These dishes were culled from a couple of visits and much like how dim sum works, it’s  a flexible proposition – quick sherry and a snack, a few beers or wines and something chunkier or, if you insist, loads of everything. I am not remotely Iberian but I feel I’m probably doing it right when it’s a pop in rather than a full “English” blow out.