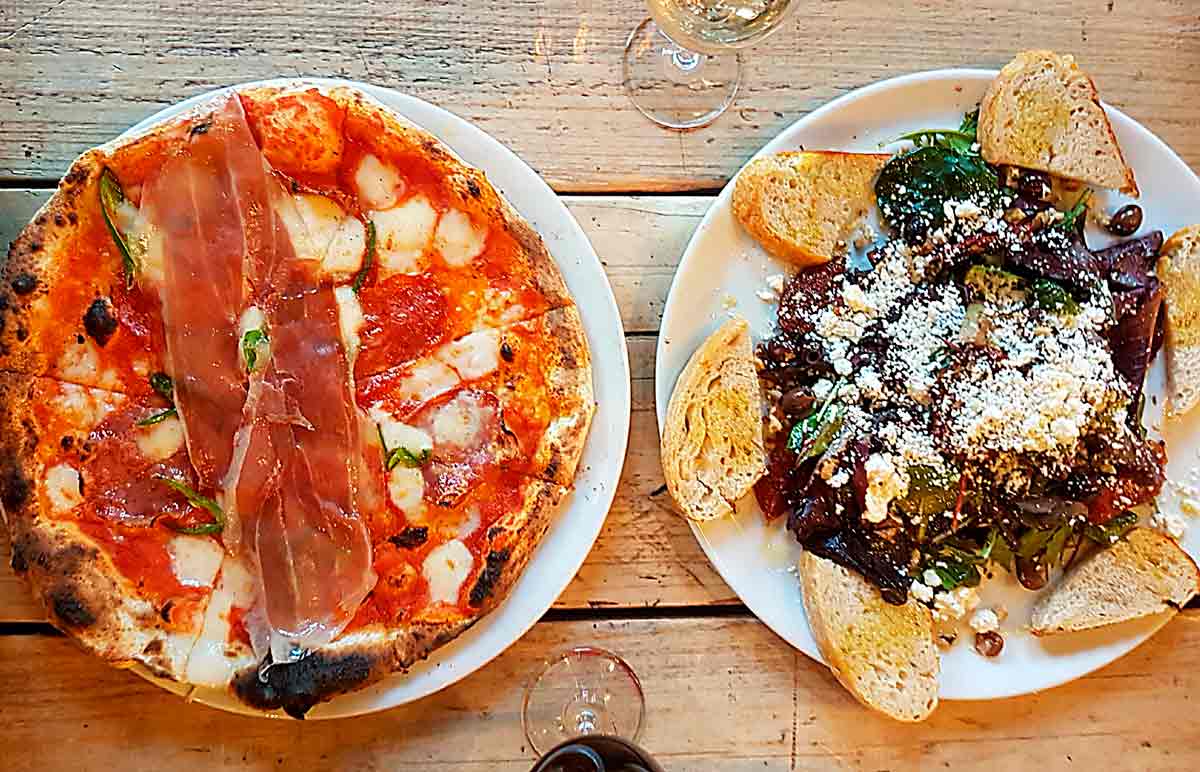 Simplicity is often overlooked in our modern dining mish-mash of complex processes, over-thought concepts and the Kafka-esque maze of contemporary diets. Not so much in the world of pizza. Not so much at Mamma Dough.

Once a pub I never set foot in, on the evolving parade along Coldharbour Lane, Mamma Dough have kept things simple. Stripped back open plan room, energetic chatter of Italian from energetic chefs, spinning dough clustered round the oven. And a menu that fuses offbeat topping combos with traditional “Neapolitan” technique and methodology.

This evening we were en-route to Brixton’s best-kept-secret boutique cinematheque – Whirled, to see “Sky and Ground”, a remarkable documentary following a Syrian refugee family attempting to cross most of a (hostile) Europe. See it. I am, of course, reminded that my daily struggles revolve around overcrowded tubes, work deadlines and whether to start with the rosemary bread.

Which we do. Mamma has a concise, totally navigable menu and an interesting daily specials board. The de rigeur departures from classic traditional toppings complement rather than frustrate – tradition is the bedrock of the more esoteric combos. 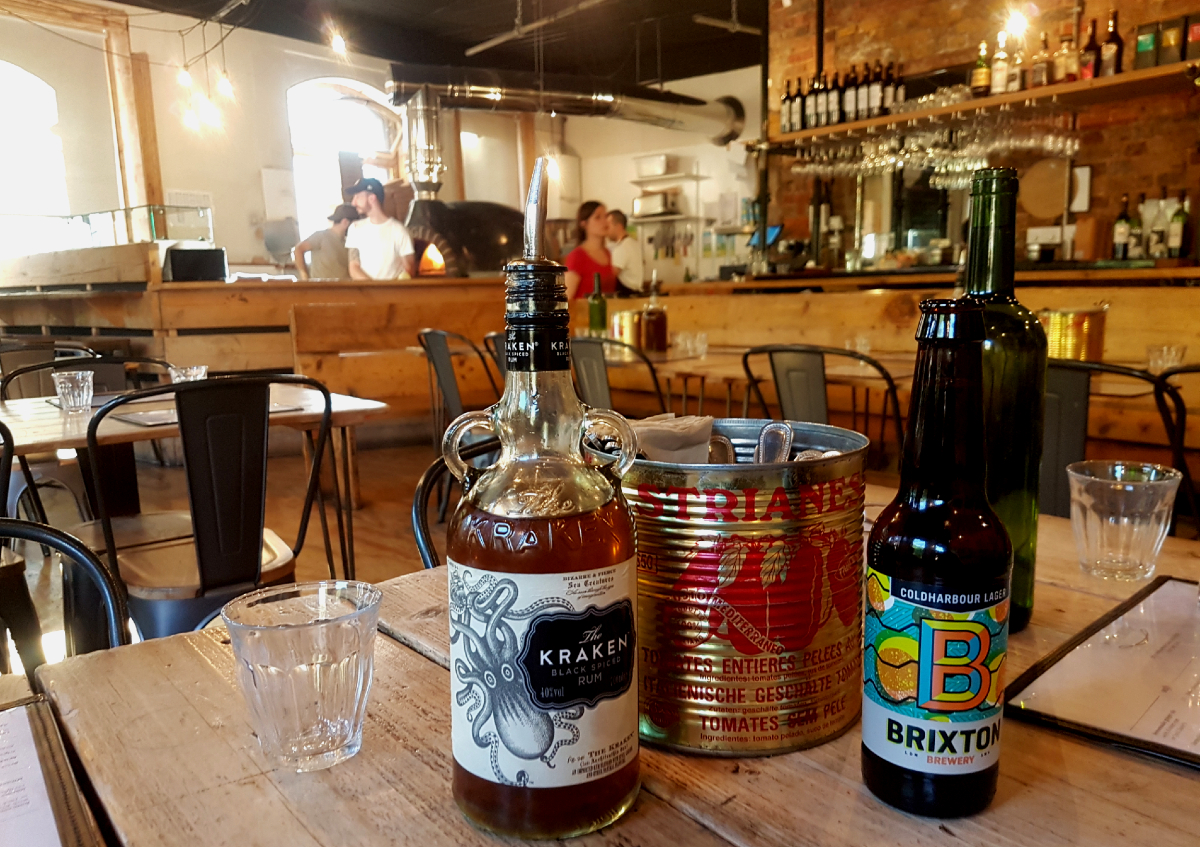 I had the not so quirkily titled “Cured Meat”, Napoli and Calabrese salami, parma ham and chilli (they also do a good sharing meat plate as a starter). Laurent chose the “Mischievous” from the specials board – ham, artichokes, mushroom and olives (which isn’t particularly mischievous?) and Connie had the (big) salad, mixed leaves, feta, sundried tomatoes, walnuts, olives and crusty homemade bread.

Brixton lagers, craft ales, homemade ginger ale and wine by the glass to lubricate us all.

The sourdough base is pretty much why this may be the best pizza in Brixton? Blistered, on the edge of charred, cosy and engagingly chewy underneath. Ditto the rosemary bread and there is zero skimping on toppings.

In the relatively objectionable, tainted world of “fast food”, pizza is food – that’s fast. Those earth’s core hot ovens sort you out in minutes. Classic child #1 couples (“Oh look, he’s eating pizza, lets record every moment”), 20-somethings catching up (with phones), after-workers and Guardian-reading metropolitans on their way to a documentary on refugees. 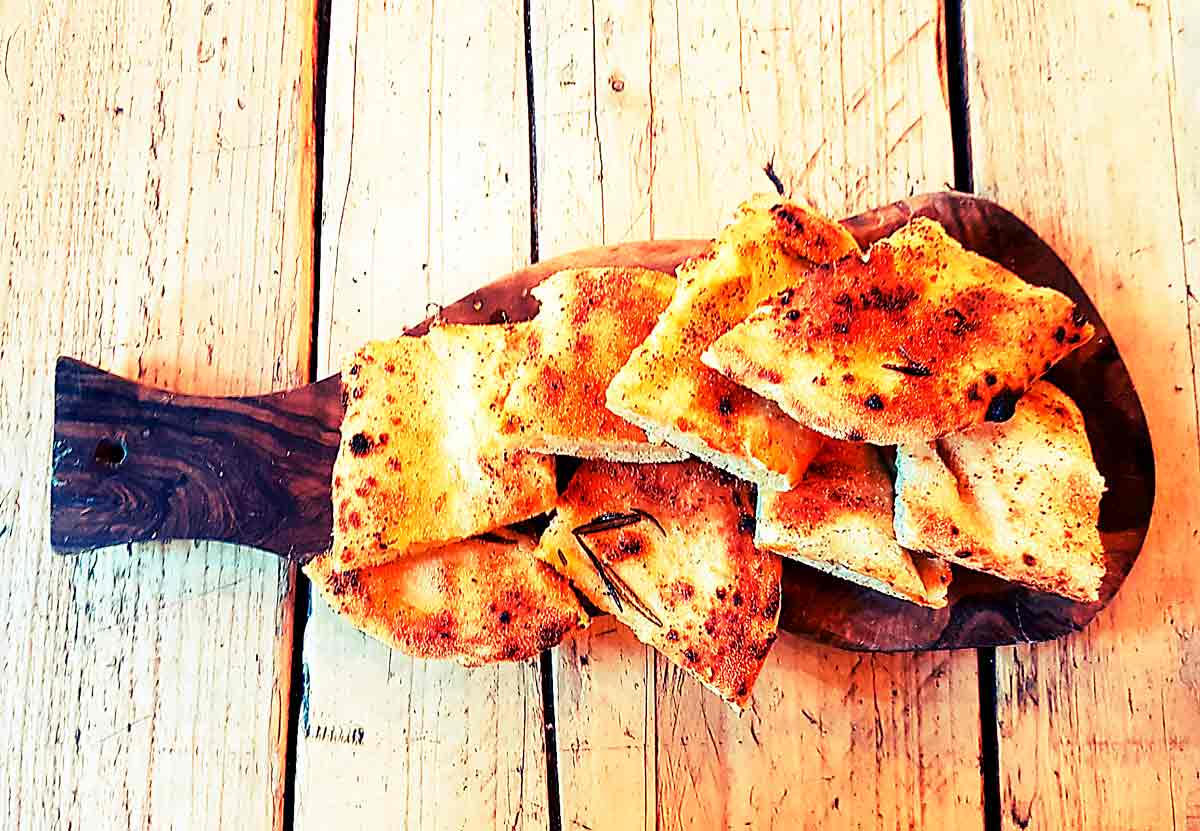 Pizzas kick off at £6.50 through to £12 so even a pre-payday wallet won’t be terminally damaged. It’s a friendly drop-in, isn’t trying to be vogue and we got to pitch-up (fairly early) grab a table without queuing. Done and dusted, fed and watered in an hour.

The sourdough express keeps rolling, with stops at Franca Manca, Agile Rabbit, 400 Rabbits (down the road in West Norwood) et al. As it stands right here right now, this is currently this traveller’s favourite station. But the journey continues. I am not fetishist on sourdough, but Mamma Dough is good pizza with just about the right amount of improvisation.

For any South London flat-earthers who think Brixton stops at the Village, it’s worth extending down Coldharbour Lane. And it’s on the way to my favourite cinema, who pay their staff a living wage.