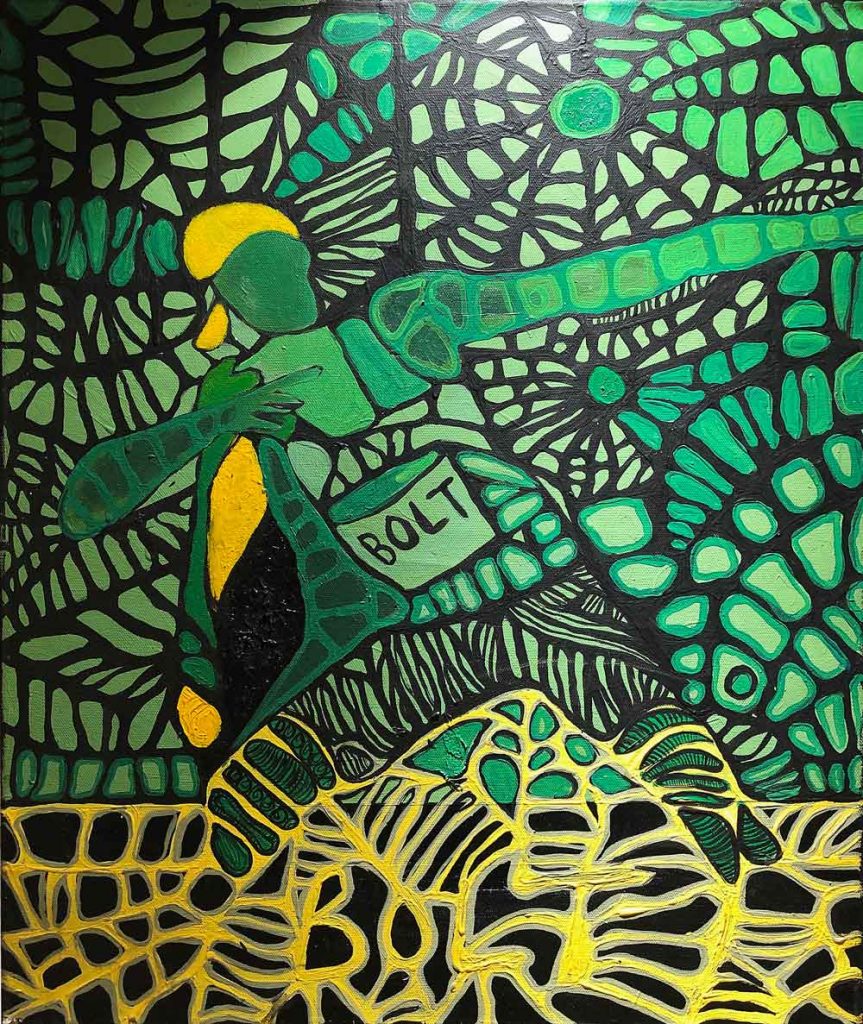 Recurring images, complex patterns, bold colours and campaigning messages figure in the work of Jamaican-born and New York-raised artist, Jackson Shuri, on show for the first time in the UK in the Mary Seacole Centre in Clapham. 16:32 is the exhibition’s title, and refers to her journey from adolescence to adulthood.

But its sub-title “Evoke Empower Educate” leaves us in no doubt of her intentions. Clearly her art is a political statement. Issues around gender, race, power and identity are the threads which bring together her paintings in terms of narrative and messages. 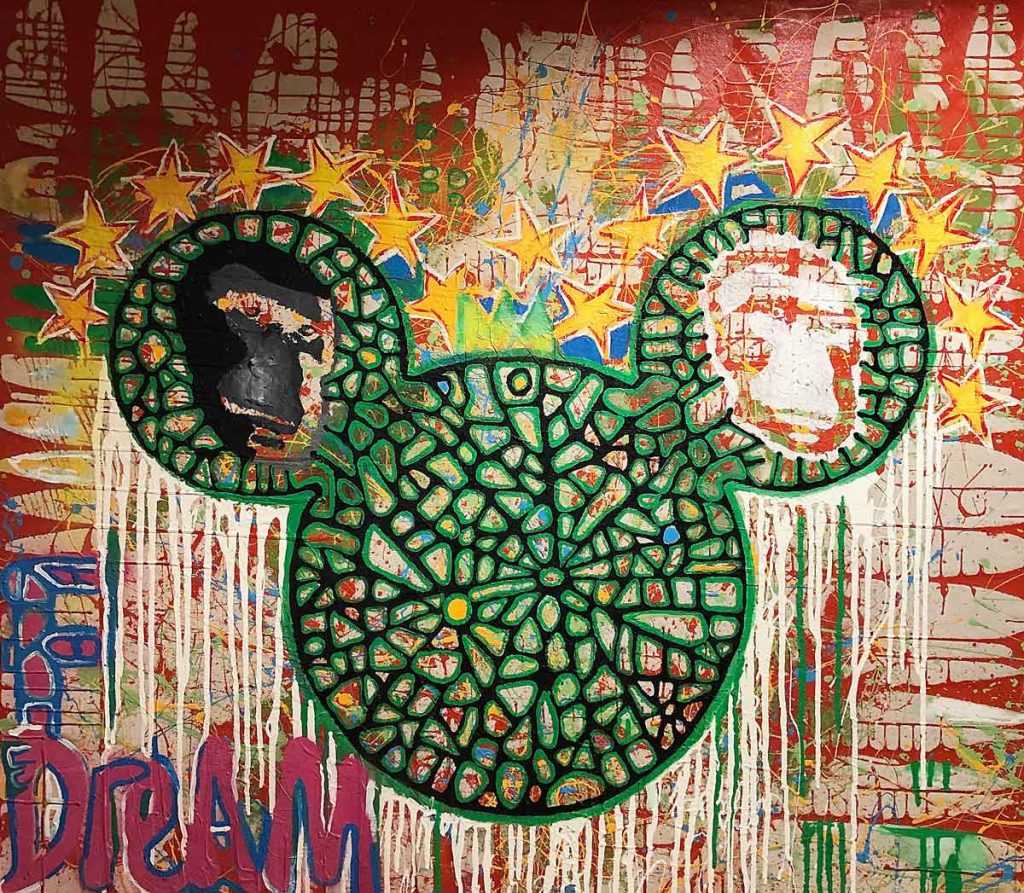 Jackson Shuri’s use of colour and mosaic structures to create arresting images bring them together visually. It’s a great show and makes an interesting addition to the already interesting Mary Seacole Centre – the home of the Clapham library.

Indeed, her decision to display her work in a space freely accessible to the public is itself a statement about the place and role of art.

The show runs until the end of January in the Mary Seacole Centre, 91 Clapham High Street, SW4 7DB. Open every day except bank holidays. Check website for times.

Whimsy in the sky over Battersea 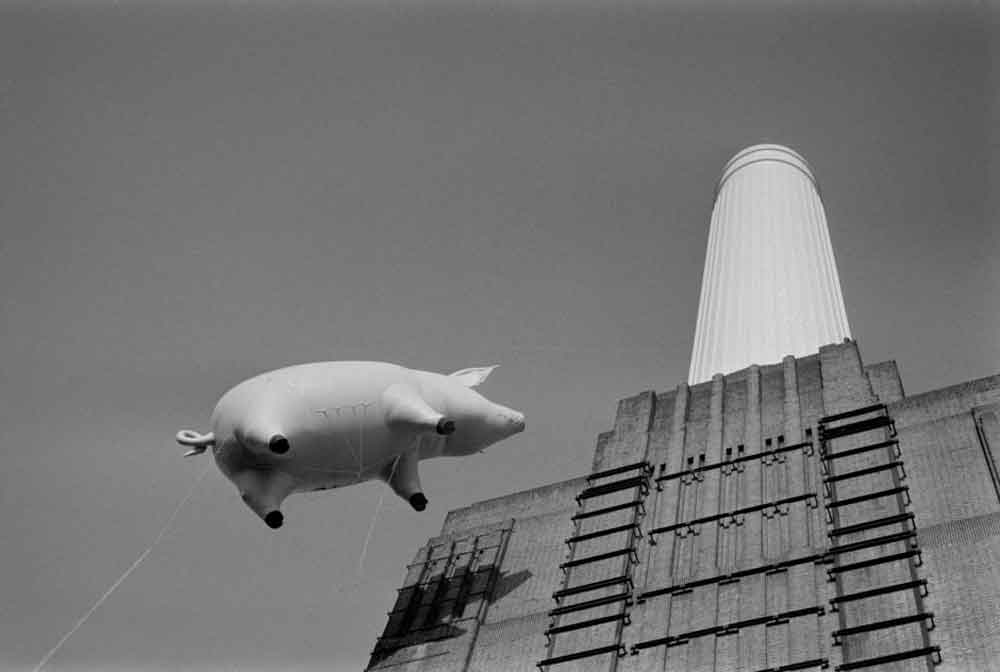 Some 40 years ago, in more whimsical and anarchic times, it was the scene of an amusing drama.

The Pink Floyd had organised a photo shoot for their “Animals” album cover based on a giant blow-up pig floating above the power station.

Unfortunately the pig slipped its moorings and provided Londoners with a unique sight of a large pig which flew all the way to Kent.

Fortunately the whole episode was captured by photographer, Carinthia West.

The result is a vastly entertaining series of “flying pig” images on show until 22 December in the Knight Webb Gallery, 58 Battersea Bridge Road, SW11 3AG. Do go.