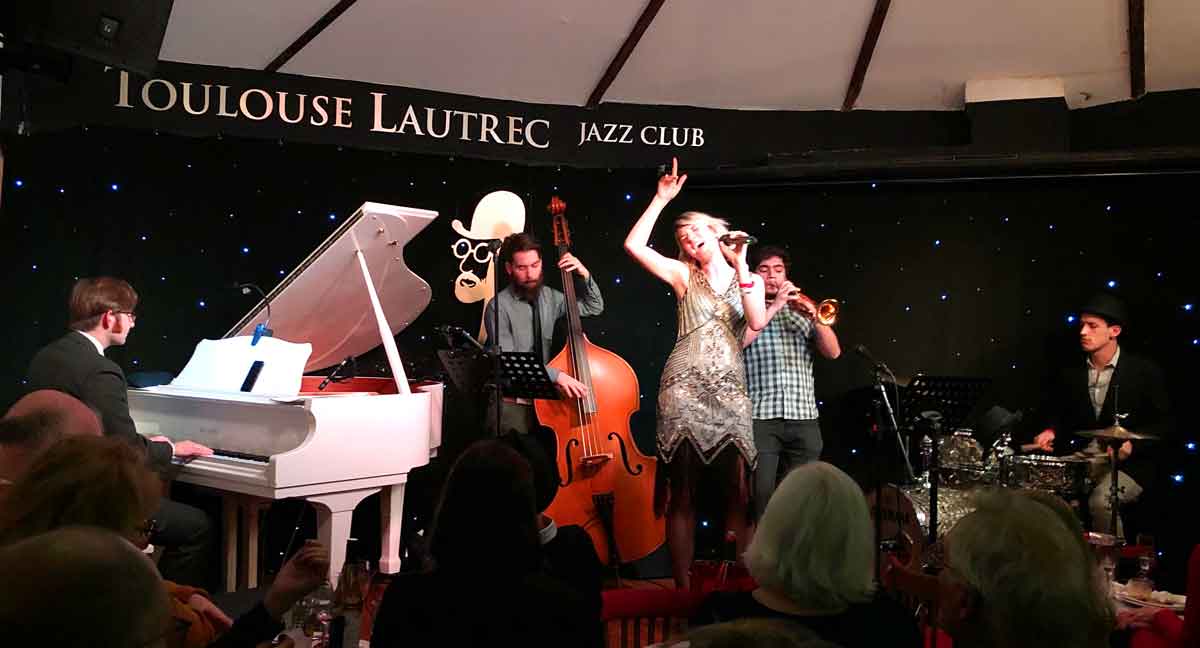 If you had searched, as I did, for “Brixton” in the 68-page programme for last month’s London Jazz Festival, you would have drawn a total blank.

Where were the Effra, 414, Market House, Hootananny, Off the Cuff, The Junction … and more besides?

Whinge over – on Brixton’s borders stand three excellent jazz venues that did feature in the London Jazz Festival – Streatham’s Hideaway, Camberwell’s The Cryphttp://www.jazzlive.co.ukt, and The Toulouse Lautrec in Kennington.

Toulouse Lautrec celebrated its tenth anniversary last month, which was also the second anniversary of the closure after 25 years of the Lobster Pot restaurant, whose space it has expanded into.

Toulouse Lautrec still offers a “bespoke” menu from its head chef in a private dining room, but the emphasis at its birthday celebration was on music and a buffet-style jazz club menu. 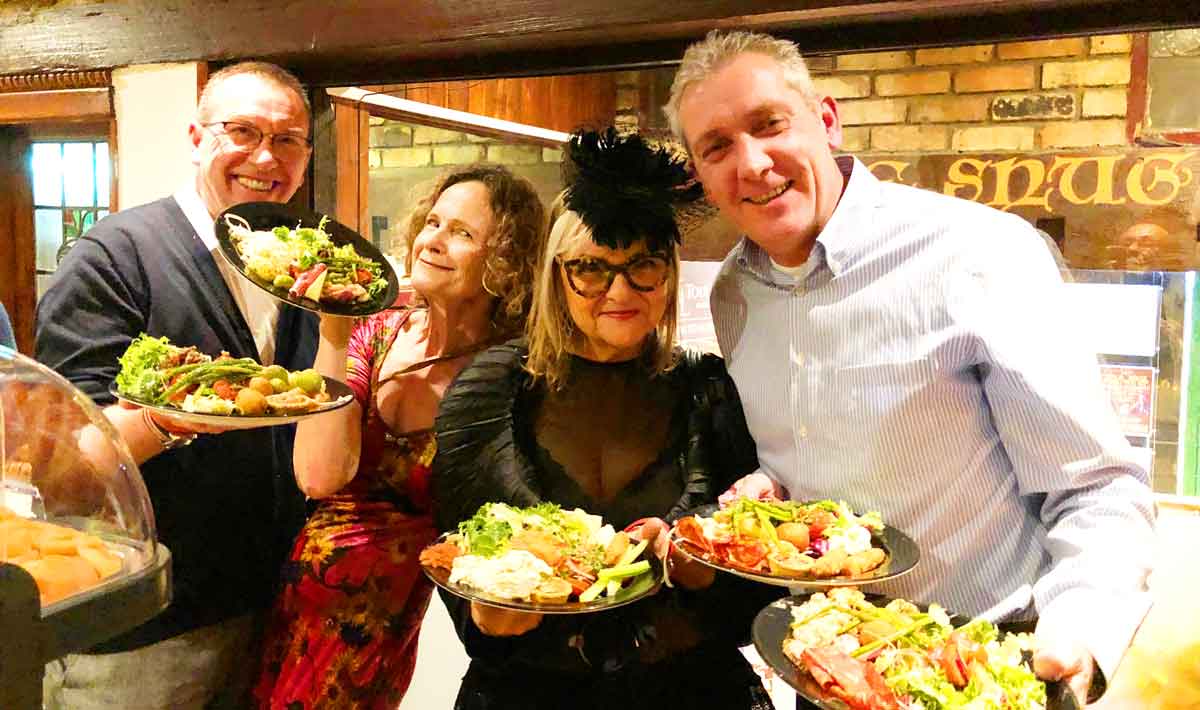 The menu was a hit. As you would expect from a descendant of the Lobster Pot (Toulouse Lautrec is run by three bothers whose parents ran the Lobster Pot) it is authentic and high quality. Its duck rillettes, for instance, were just that, not the gooey paste that is sometimes offered under that name.

Upstairs in the second-floor jazz club, celebrants enjoyed London-based Italian singer Francesca Confortini and band. But, for a Brixtonite, the star of the night had to be pianist and singer Pete Saunders (above right) in the piano bar and restaurant.

A one-time dweller in the Tulse Hill estate, his New-Orleans-to-standards range of styles and virtuosity was a joy. He began his career playing Hammond organ for Dexys Midnight Runners and played on the first album by Carmel.

Pete was joined to jam by Emrys Baird (above left) – who ten years earlier had played at the opening of the Toulouse Lautrec. The guitarist now plays with the long-running band Soul Immigrants, whose many celebrated former members include Nitin Sawhney.

Their playing – sometimes accompanied by passers-by – was a delight; just the sort of thing you can hear nightly in Brixton’s plentiful jazz venues.