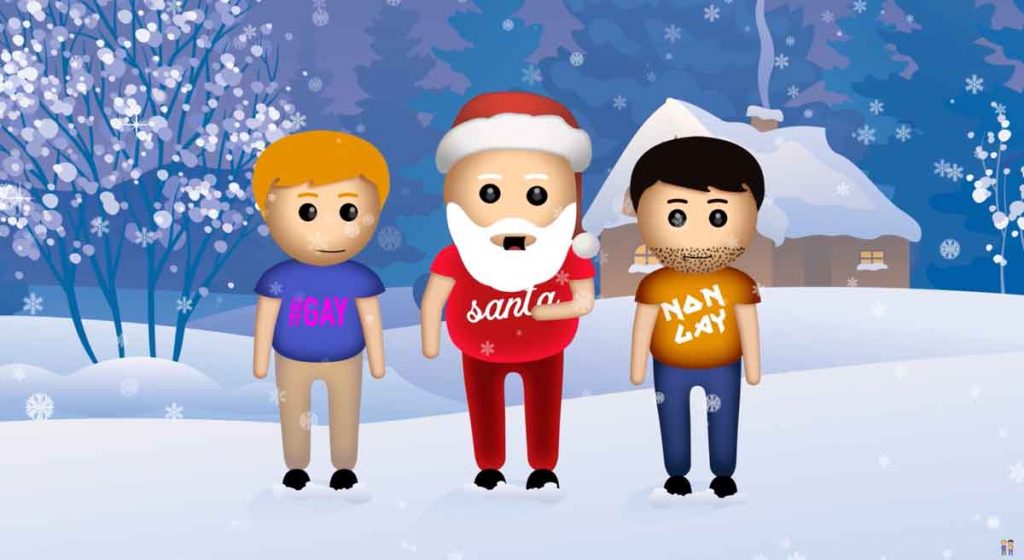 Brixton resident James Barr and Dan Hudson, his partner in the award-winning podcast A Gay & a NonGay, have released an exclusive interview with Santa Claus on questions ranging from trans rights to Brexit.

Animated extracts are available on YouTube. You can hear the full interview on iTunes, Spotify and other pod apps.

The podcast won bronze medal in the best comedy category of this year’s British Podcast Awards.

A Gay and a NonGay was launched in 2015 and is self-produced by Dan, James and Talia Kraines. The weekly podcast has had more than 1.5 million listens worldwide and played the fringe at the Brighton and Edinburgh festivals.

“The podcast aims to shine a light on our differences, break down taboos and create a safe space for people of different backgrounds and sexualities to be friends,” says James.

“In a time when we’re all threatened by a rhetoric of hate from the people in power, A Gay and a NonGay challenges many of our differences head on and resolves that, no matter who you are, or what you’re into, love is love and Gays and NonGays can be friends.”

James and Dan regularly hit the number one spot on iTunes’ sexuality chart and their podcast has also landed on Virgin Atlantic’s in-flight entertainment system.