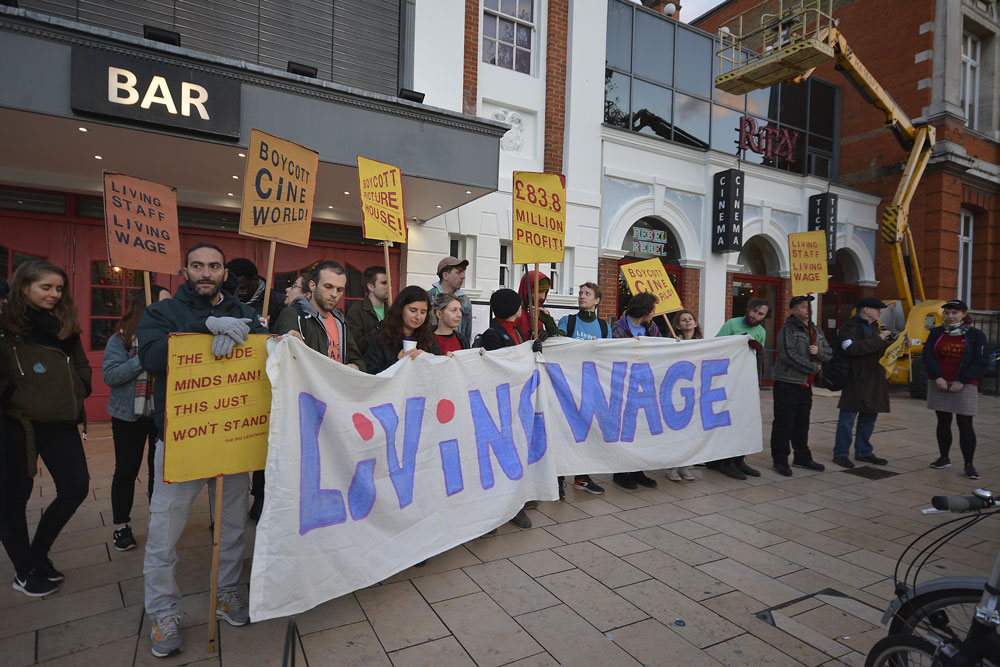 Lambeth council leader Lib Peck has again urged Picturehouse, the owner of Brixton’s Ritzy cinema, to pay its staff and other employees the London Living Wage.

A new Picturehouse cinema in West Norwood’s Nettlefold Hall will open during Living Wage Week – 5 to 10 November. It has been jointly financed by Lambeth council and Picturehouse and will share its premises with a council library.

Peck said that the opening would provide the local community with “a wonderful resource for learning, culture and entertainment, with a fully stocked and staffed town centre library with excellent facilities and technology alongside a cinema and bar, with community meeting space and employment opportunities”.

But, she said, “one major issue” was risking its success – the refusal of Picturehouse to pay the London Living Wage, which currently stands at £10.20 an hour. A new rate will be announced at the start of Living Wage Week.

“I am once again urging Picturehouse to reconsider its position on the London Living Wage,” Peck said in a letter to Claire Binns, deputy managing director of Picturehouse Cinemas.

“Since the venue will open during Living Wage Week, it would be an ample opportunity for Picturehouse to send a positive message by announcing its intention to pay the London Living Wage,” said Peck.

“As I have said before, I am happy to facilitate a meeting between Picturehouse and the Living Wage Foundation.”

Peck said the Living Wage made sense for both employers and employees.

It provided security for employees and allowed employers to recruit excellent staff and to send a message of commitment to good employment practices.

“Picturehouse’s current opposition to the issue puts you at odds with many employers across London, including other leaders in your own industry, including Curzon and the BFI.

Peck said that, in line with this commitment, all council-employed library staff at the new West Norwood entertainment hub would be paid the London Living Wage.

“As you know, in the agreement between the council and Picturehouse to redevelop Nettlefold Hall, it was not possible to make paying the London Living Wage a contract condition for workers employed by Picturehouse.

“Yet,” she went on, “Picturehouse could show real leadership by announcing plans to pay the London Living Wage.”

Backed by the cinema union BECTU, staff at the Ritzy have been campaigning to be paid the London Living Wage and for trade union rights for several years and have been joined in this campaign by workers at other London Picturehouse cinemas.

Picturehouse is part of the profitable international chain Cineworld.

It said in a statement said that 25 new jobs would be created at the cinema and that all staff would be on fixed-term contracts paying a minimum of £9.99 per hour. This rate is based on a calculation that takes into account paid breaks for staff working an eight-hour shift.

“In addition to this base rate, and a range of staff benefits, bonuses are paid every month – making the West Norwood Library and Picturehouse among the highest-paid employees on the high street,” the company said.

The modernist Nettlefold Hall in West Norwood already had cinematic connections before the joint council-Picturehouse deal that saw them both contribute about half of the £6 million development bill. The building and its surroundings were used to shoot scenes for Stanley Kubrick’s film A Clockwork Orange in 1971.

An invitation to creativity