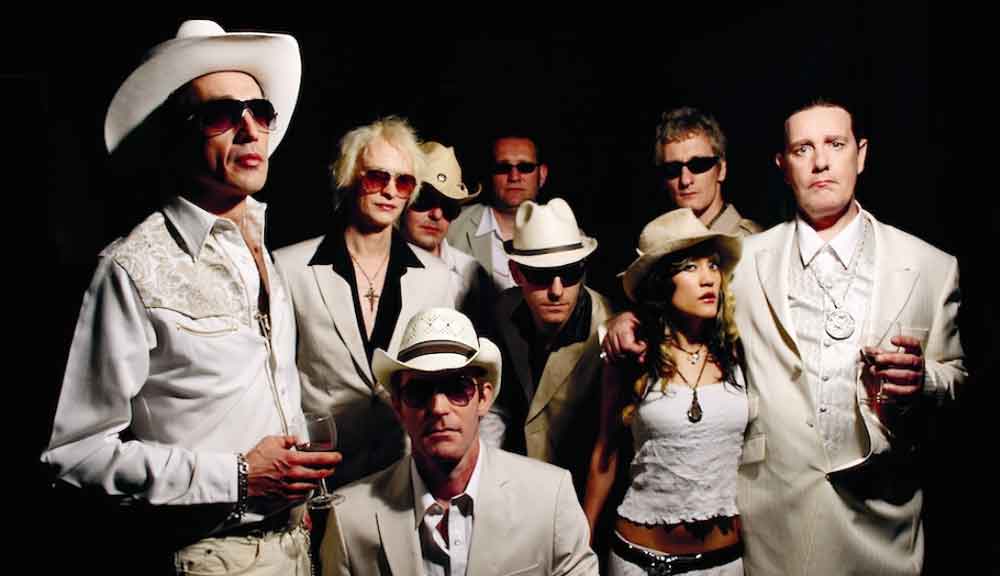 Brixton is becoming a home for creative opposition to Brexit.

And he certainly knows what he us doing. Larry wrote the title theme for the smash-hit US TV drama The Sopranos.

He told Ben Willmott of the Gigwise website of his plans at the launch party for Four Freedoms at Whirled Cinema in Loughborough Junction.

Love also performed a live set at the party with the other band he fronts, O’Connell & Love.

Among the revellers enjoying the music was Pauline George, a Labour councillor for Herne Hill ward, who gave a speech in support of the anti-Brexit movement.

Love said that the environment he works in is very much dependent on multiculturalism and “the sheer love and enjoyment” of living in Brixton.

“I’m very, very wary of and disgusted by the decision to remove ourselves from that because of some fucking Tory grandee’s half arsed desperate attempt to reclaim the empire, while blaming the immigrant,” he told Gigwise.

He said there was no way someone could live in Brixton and be complicit in Brexit. “I live with two Italians and two Irish,” he said. “To me it’s not about the brain drain or the financial drain, it’s about the cultural fucking drain. I mean I love fish and chips and pale ale, but I don’t want to have them every fucking night.”

Four Freedoms beer is brewed by Clarkshaws in Loughborough Junction, in conjunction with Lambeth For Europe and the Wandsworth and Merton branch of the European Movement.

The brewery will donate 10% of the sale price of the beer – symbolically brewed with a mixture of British and German hops – to the European Movement.

Activists hope that as well as raising funds, the creation of the 4.3% pale ale will make a positive statement about European unity.

The beer was launched the night before the huge demonstration in London to demand a second referendum.

The Brixton week ahead