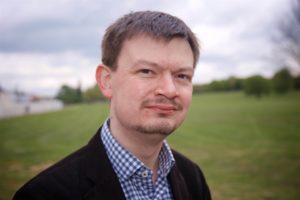 The housing crisis can only be resolved by increasing supply, which is why Lib Dems have committed to ensuring that 300,000 homes will be built each in the UK. To do that we have to recognise that private developers alone will not produce the homes we need – so Lib Dems would use the power of government directly to commission new homes for sale or rent, filling the gaps left in the market by the private sector. Meanwhile, 25% of London’s construction workers come from EU countries, so we must oppose an extreme Brexit if we are to avoid putting all housing targets in jeopardy.

As a councillor, I frequently encountered people who were seriously over-crowded in council homes or living in dreadful conditions in the private rented sector, with soaring rents and insecure tenancies. I am committed to ensuring that we both build more homes for social rent, and promote longer private tenancies with capped inflationary annual rent increases built in – giving a guarantee both to the tenant and landlord, which would improve security of tenure and stop big rent hikes.

Every day 35,000 people travel by bus from the south of Lambeth to Brixton to catch the tube, causing congestion and pollution. I am strongly committed to a huge campaign to bring the Crossrail 2 fast underground link to Streatham, connecting us directly with the West End. This would relieve pressure on the Northern and Victoria lines, bringing better journeys for residents all across the constituency. The local cross-party campaign group Streatham Action has done a huge amount of work on this, showing how a Streatham stop could be incorporated and we must not give up this fight. A Streatham Crossrail 2 stop is the last best chance in a generation to increase capacity on our local transport system, and to bring about a transformation in journey times, congestion and air quality here.

Meanwhile, since diesel vehicles contribute 40% of the capital’s emissions of Nitrogen Oxide and of the particulate PM10, Lib Dems would phase out diesel vehicles on our streets by 2025 with a diesel scrappage scheme and a ban on sale of diesel cars and small vans. We would also compel all private hire vehicles to operate on ultra low emission or zero-emission fuels within five years, and reform vehicle taxation to encourage sales of electric vehicles.

Lambeth was the second most pro-remain borough in the UK, what will you do to ensure voters feel their opinion is valued? How will you ensure international residents in the multi-cultural area feel welcome?

Only a vote for the Liberal Democrats can secure a strong voice for the huge majority of Lambeth residents who voted to maintain our membership of the EU. Labour MPs, including Chuka Umunna, voted with the Conservatives and UKIP to trigger Article 50, without any safeguards and knowing that the Government is determined to rip Britain out of the single market. This is an act of huge economic self-harm, and this extreme form of Brexit ignores totally the huge numbers of young people who voted for a different future. The Labour Party has abandoned this cause, chasing UKIP votes instead. Meanwhile, the Government’s use of EU citizens – neighbours, friends, colleagues, who have lived and paid taxes here for years – as bargaining chips is an absolute disgrace. We must guarantee their rights now, and be clear that our society welcomes immigration and the huge contribution it makes to our economy and to our national life.

As these negotiations begin and continue over the next two or more years, it is vitally important for the people of Lambeth that there is a big group of Liberal Democrat MPs in Parliament who will hold the Conservatives and Labour – and all the broken promises of the mendacious Leave campaign – to account. And only the Lib Dems will ensure you the public gets the final say, in a referendum on the final Brexit deal – with an option to choose staying in the EU over the hard reality of leaving.

As a councillor, I supported the introduction of a Business Improvement District (BID) for Streatham, the aim of which is to help bring businesses together and ensure that the services they need can be provided collectively. For example, the Streatham BID promised a recycling scheme for all local firms which would cost less than the annual business rate charge for running the BID. In my experience, residents want to see a mix of independent retailers and the big name high street chains, and if run well BIDs can support both – by providing common services and cost savings to independents, while acting as a voice for the area to attract investments from the bigger companies. I am (just about!) old enough to remember the Pratts, John Lewis store on Streatham High Road, which closed in 1990. The presence of that store was of vital importance to smaller businesses, which suffered when it shut down. Today we still need a good mix to ensure our high streets and town centres flourish.

Our local schools do a brilliant job, but the Government is putting them in an impossible position with cuts that mean losing teaching and support staff. Liberal Democrats would reverse these cuts and ensure that schools funding rises with inflation every year – that would mean £62m extra for Lambeth schools over the next Parliament. Lib Dems will also protect free school meals for infants, and extend these to all children in primary education, ensuring every child gets a hot, healthy meal every day. In Government, Lib Dems introduced the ‘pupil premium’ which ensures more money each year – £1,320 per primary pupil and £935 per secondary pupil – follows children who come from the least well-off homes in the Borough. This had begun to see the attainment gap between these children and those from better off families narrow, but now the Conservatives are putting it all at risk. Drastic cuts mean this important funding to support disadvantaged pupils will end up being used to plug holes in school budgets.

I was proud to speak at and support Fair Funding Lambeth at their education rally – opposing these cuts – on Streatham Common recently. It was shocking though that the local Conservatives would not send anyone to defend the Government’s position – I can only conclude that they recognise that snatching away children’s future’s, and even their school lunches, is indefensible.