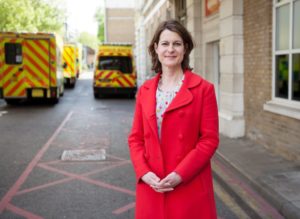 Housing is the single biggest practical issue that residents in Dulwich and West Norwood have raised with me over the past two years. The Tories and the Lib Dems cut two thirds of the funding for delivering new social housing in 2010, and have failed to regulate the private rented sector. In this area, we see far too many people on the waiting list for a Council home, and many people suffering from private sector evictions and unmanageable rent increases. So we need to restore public subsidy for new Council homes, we need to change the definition of ‘affordable’ rent so that it relates to what people on lower incomes can actually afford, and we need to regulate the private rented sector to give people much more security. Labour will deliver a solution to the housing crisis with one million new homes over the next Parliament, half a million of which will be council or housing association homes at social rents.

It is shocking that we have such high levels of air pollution locally, and that 9,000 people a year in London die as a consequence of air pollution. Urgent action is needed to address this public health crisis. It is encouraging to see Sadiq Khan taking action where Boris Johnson failed to introduce clean buses, but we also need a national response. Labour would introduce a new Clean Air Act, to make sure that all of the laws we rely on from the EU which are at risk from Brexit are protected in UK law, and create a national strategy for air pollution, including a diesel scrappage scheme. Later this year Sadiq Khan will introduce a new cleaner bus corridor along Brixton Road which is great news. Nationally I am Vice-Chair of the All Party Parliamentary Group on Air Pollution and locally, I’ve been working closely with residents on air pollution monitoring outside schools, because access to good information can inform the choices we make. I want to see anti-idling powers available to our councils and more work to make cycling safer and easier for all.

I am the only candidate in Dulwich and West Norwood who knocked on thousands of doors during the referendum campaign urging people to vote Remain, and I am devastated at the outcome of the Referendum. For the past year, I have consistently stood up for the pro-Remain views of residents in Dulwich and West Norwood, and I voted against Article 50 at every opportunity. My firm commitment to voters in Dulwich and West Norwood is to continue to represent your very strongly pro-Remain views, and to stand up for the rights of EU nationals who make such an important contribution to our communities and economy, and I am seeking the strongest possible mandate to do so. I have worked with and on behalf of residents from every part of our incredible, diverse and international community, and I will continue to do so – celebrating the huge benefits that people from all over the world have brought to south London is more important than ever in very precarious times.

Absolutely. I spent almost 20 years before entering Parliament working in town planning, and I co-ran a company which was founded to champion local high streets and independent businesses – we worked with communities to prepare town centre strategies which were all about improving the trading environment and support for local businesses. Dulwich and West Norwood is a constituency of small businesses and they are one of the things that make our area so special. The Tories have taken a disastrous approach to business rates, and most of our local businesses are seeing an unsustainable increase. We are also seeing local businesses suffer as a consequence of Network Rail’s approach to the arches in Brixton and Herne Hill, and that is completely unacceptable – I think publicly funded bodies should have more responsibility towards their small business tenants, and Councils should be able to refuse planning permission for chain stores and restaurants where they are threatening to force independent businesses out.

The improvement in our local schools was one of Labour’s proudest achievements in government – we used to have amongst the worst secondary schools in the country and now we have the best primary and secondary schools. I am enormously proud of our local schools and the excellent education they provide. The Tories are putting our schools at risk and it is absolutely shameful. They have already cut schools funding, and further cuts are on the way if they win the election. A Labour government would reverse the cuts to school funding and stop wasting money on the ineffcient free schools programme and unfair grammar schools. I think that is the only way to ensure that our brilliant local schools can continue to go from strength to strength.