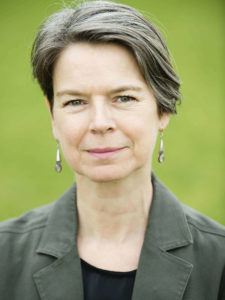 The Greens are the only local party that have consistently stood up for people in Cressingham Gardens – and other estates threatened with demolition by the Labour council. Against the new mayor’s guidelines on housing regeneration – and its own original stated principles – Lambeth’s Labour council is forcing demolition on 340 families in Cressingham Gardens, against the wishes of 80% of residents.

The Green Party’s local councillor Scott Ainslie, London Assembly Member Sian Berry and the co-leader of the Greens, Jonathan Bartley, have all been vocal and powerful champions of the estate. Unlike Chuka Umunna, as MP for Streatham I will back local people’s fight to stay in their homes. The tragedy is that despite saying the demolition of estates like Cressingham is to enable Lambeth to build 1,000 more homes, last year the number of homes for council rent in Lambeth FELL by over 400.

And when it gives planning permission to private developers, Labour Lambeth lets them build unaffordable homes marketed to overseas investors. In Streatham Hill they have allowed London Square to reduce the proportion of so-called “affordable” home from 40% to just over 15%.

For too long Conservative and Labour politicians have allowed London’s housing to be treated as pots of gold by the rich and powerful. The housing crisis faced by Londoners can no longer be ignored.

The Green Party will:-

We would pay for this by trimming the generous tax breaks given to landlords. But the policy actually pays for itself by reducing the housing benefit bill. A study by city economists in 2015 , updated since Brexit , found it would reduce public debt by £0.9 trillion over 50 years.

I’m raising my family in Streatham, where I am part of a local air quality monitoring project, so I know first-hand how dirty and dangerous our air has become. Even on quiet residential streets we have found levels of NO2 regularly break legal limits. Three to four hundred deaths in Lambeth each year are linked with our unclean air.

The new mayor is introducing an Ultra-Low Emission Zone for London – charging polluting vehicles to come into the centre of the city. That must be extended to the whole of London – including Brixton, Streatham and Clapham.

There are things Lambeth council should be doing right now to improve our air – like phasing out its fleet of dirty diesel vehicles and ending waste incineration.

To reverse the damage we have done to our city’s environment, the top priority must be to invest in clean, healthy transport. Instead of jumping into cars to get from A-B, let’s make it cheap and easy to get efficient, reliable public transport and safe to walk and cycle.

Unlike Labour’s Chuka Umunna who voted to trigger Brexit, I will be standing up for the 80% of Streatham residents who voted to remain in the EU and those in our community from European countries.

EU citizens in the UK, and UK citizens in the EU, must have the right to continue their lives without fear of deportation. Guaranteeing these rights is our top priority for the Brexit negotiations, to be settled before anything else is discussed.

We do not accept that either a “hard” Brexit or an exit from the EU without a deal is in the interests of the British people. We will be actively campaigning to safeguard jobs, uphold basic rights and put environmental protection at the heart of any future trade deals. And the Greens will offer the British people a final say in the UK’s future in Europe.

Throughout Brixton, Streatham and Clapham, I would like to see a mix of local independent shops and high street chains, leisure activities for all, entertainment and a mix of restaurants and pubs. We need to encourage local people to stay in the area to shop, eat and go out. By catering and providing for the people who live in the local area it will grow and thrive.

I will continue to campaign against the introduction of ludicrously high small business taxes. Local councils have some discretion in how it implements business taxes and the Green Party will consult its local businesses on ideas such as subsidies to any independently owned business that pay the living wage.

I know from my children’s experience in local schools – and my own experience of working in schools – how great they are, with dedicated and hard-working teachers and support staff. This is despite the huge burden of paperwork and pressure they face from the current focus on a narrowing curriculum, testing and league tables. Green MPs will fight to protect and increase real-term spending on schools; we will invest in smaller class sizes, with a long-term goal of 20 per class at both primary and secondary level.

We would return all schools to local authority control, ending the disastrous experiment with free schools and academies, which has fragmented the school system and directed money to where it is least needed while failing to improve children’s education.