Opera singer Elizabeth Llewellyn, who began life in South London, tells Alan Slingsby that a year is not too long to learn a new role and why she rarely gets it 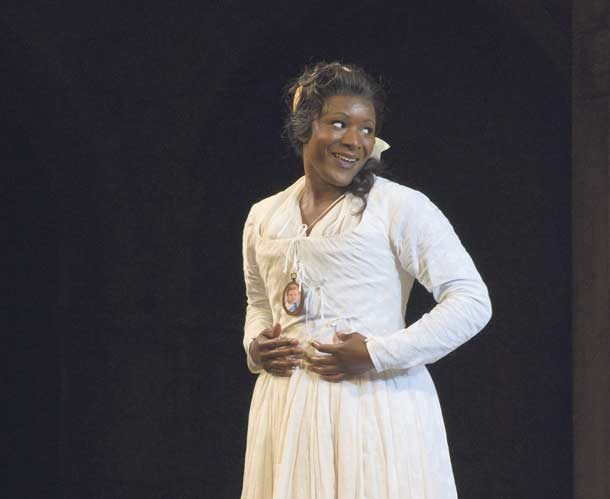 Opera singer Elizabeth Llewellyn has travelled a long way from her local origins when, as a child, she lived “halfway between Loughborough Junction and Herne Hill”.

She is back in London to star in a new production of Puccini’s La rondine – a romantic tale of love and loss – in the striking open-air setting of Holland Park Opera in west London.

Her career has not been straightforward. After studying at the Royal Northern College of Music in Manchester, she stopped professional singing because of illness and worked as a recruiter in the booming IT industry of the nineties.

Her route back to professional singing passed through south London again when membership of clubs like Bromley Music Makers got her back on track.

Now she is in demand across the world. After a brief stint in West London, she will be performing another Puccini opera, Madame Butterfly, in the Danish capital of Copenhagen until next summer. Then she will make her US debut in Seattle on the west coast of the USA as Bess in Porgy and Bess.

If you want to hear her sing that show’s all-time classic number Summertime, look out for a live radio broadcast on 18 August, 2018.

And you should want to hear her, because critics acclaim not only her voice but also her ability to convey the depth, meaning and emotion of what she sings.

Her attitude, and possibly one of the reasons for her success – as well as her wonderful voice, comes out when she explains how long it takes to prepare for a new role and why it is so important for her to understand what she is singing, whether it is in Czech, Russian, Italian or one of the several other languages she works in.

“It’s not a very British thing, is it, to think that we need to learn languages? But if you are going to be singing in a language, you are obliged to do it as well as you can and for that you really need to understand what it is you are saying.”

And while she would, ideally, like a year to prepare, she says, “it really depends on how long you are given – we don’t live in an ideal world, do we?”

She had only a few months to learn each of her two Puccini roles. “That isn’t a very long time, particularly if you are busy doing other things,” she says.

“It takes time to get it into your system like it’s almost second nature and you are not always thinking about the technical demands. The longer you live with something the better you get to know it.”

With critics applauding her ability to interpret roles, has she thought about regular acting as well as opera? “I’ve no ambitions off my own back,” she replies. “But if someone asked me I would seriously consider it.

“I learn a lot by going to the theatre and watching my colleagues ply their craft – how they put across a character using their words and bodies.”

An audio journey through Brixton’s 81 Uprising