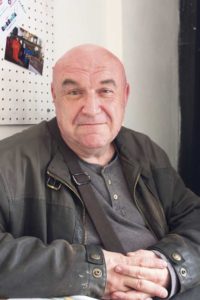 Paul Ashton, recently artist in residence at the Brixton Pound, talks to Francesca Mills about art, life and work

Paul Ashton, the Brixton Pound’s artist in residence last month, has a story that goes beyond the borders of his canvases.

He moved to London after 18 years of homelessness in Manchester. Wanting to change, but not knowing how to, Paul took a gamble when he told a prison officer he was from London. He was given a train ticket to Waterloo after completing a sentence for shoplifting.

“I got to London in the afternoon and I suddenly realised … hang on Paul, you’ve just left one city only to be in another city vastly bigger, and one that you don’t even know.”

He would roam the Waterloo tunnels, admiring the graffiti and watching people pass by at rush hour, wondering what it was like to have a job.

“I honestly didn’t think I would ever do anything with my life. I thought I would die on the streets,” he says. 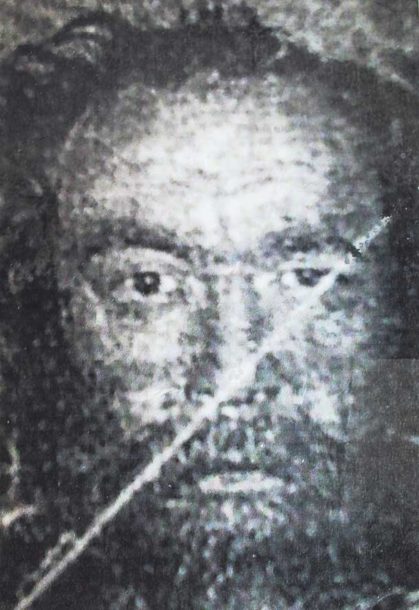 But he got a big break in 2011 when he was walking to the Blackfriars Settlement Project where he was doing an art course. He walked past a shop and saw a sign in the window saying “Gallery space – £200 a day”. He got talking to the owner who, upon hearing his story, said: “Instead of paying £200 you give me that painting [left] and we’ll call it £100”. On his opening night Paul made £1,000.

“People become dehumanised, they really do, when they’re homeless,” he says. “You lose a lot of self-confidence, a lot of self-belief. It’s taken a long time, and even sometimes today if a really good thing happens to me I still find it really hard to think I deserve it.

“So it was almost like, somebody pinch me, I’m dreaming! Somebody really wants to pay £600 for one of my paintings!?”

A photocopy of the first cheque he received on his opening night now hangs in Paul’s home in Brixton.

He started to make art in prison as a way to stop self-harming.

Paul, who suffers from depression, says he could not take the thought of going back to living the same life as before.

Two weeks before he was due to finish a six-month sentence he was planning to take his own life. But Helen Williams, a teacher in an art class could see that something was wrong and encouraged Paul to take out what he was feeling on the canvas.

“I painted a life-size portrait of myself self-harming and did it Francis Bacon style. I really hacked at the canvas, and it was such a cathartic process. I literally slept like a baby that night.

Paul currently works at Pret A Manger near Victoria station.

“Sitting on the tube with all these other working people, early morning, sat there thinking I’m part of the working force. I’m actually doing this. I get up early, about 5, get to the tube station around half 5, and, again, it’s that sense of I’m going to work and if anybody sees me or looks at me they won’t think: ‘Oh look at that layabout’.”

Wanna be a Brixton Pound Director?