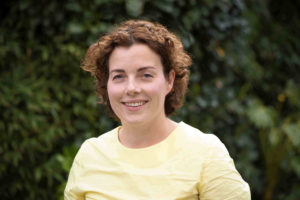 88% of Londoners believe that the capital is facing a housing crisis. They are right. We need to address the cost of buying, the cost of renting and the dire state of availability of affordable and social housing. We also need to look at how well council and private landlords look after their tenants, who are often seen as cash cows, rather than real people. We need to do all of this work across the generations, and we need to specifically think about the needs of younger people – many of whom believe a home of their own, rented or owned, is out of their reach. This isn’t fair on them, or fair on their parents.

The Labour councils and the Conservative government are failing on housing at every level. There has been no long-term vision.

The housing problems in Southwark and Lambeth, and across London, stem from several long-term issues:

As the local MP, I would make sure that I championed the needs of local residents, including those facing very different sets of problems on the Central Hill estate, in Dorchester Court and on the Dulwich estate. I would stand up to both local councils and private landlords and freeholders – no matter how long they have been around!

I’ve been constantly shocked by the air pollution levels, and the impact it has on my kids when they are outside. I was also shocked to find out that air quality is not necessarily better in greener areas of the constituency than it is in areas of heavy transport. It is completely a constituency wide problem. It also saddens me that much of the understanding of air pollution levels comes down to local action groups, like Mums for Lungs. Air pollution seems to be another example of the Conservative government not thinking about our long-term needs.

The Lib Dems understand that good environmental policy is central to our planet’s future – there’s a green thread that runs through all of our policies. Even as early as 1928, looking after the environment was in our manifesto.

Key to us reducing local pollution involves co-ordinating locally, in London and with the government. I think making sure this co-ordination actually happens has to be the job of the local MP.

Nationally, I would campaign for air pollution legislation, as outlined in our manifesto. I would also champion this as a private member’s bill. I would ensure that key groups locally are part of the consultation. I would also want Kings’ College Hospital to be part of NHS studies on the effects of air pollution. We also need to sort our trains out – better trains from Southern and Thameslink would be another reason for constituents to drive less. Building on the work we did to finalise the Lib Dem manifesto, I would also be pushing the government to listen to the advice of the experts on the best way to improve air quality. The UK should be leading the way on this, not constantly failing to meet EU and WHO standards!

On a London level, I would want to make sure that the Mayor’s plans for air pollution reduction includes our constituency. For example – where are the 50 schools that will receive air pollution monitoring units? I would also want to look, probably at a voluntary level at the start, to adopt some of the Mayor’s specific proposals in our constituency. Can we have our own low emissions zones? Can we do our own campaigns that let people know how bad their car is, and encourage changing them? Can we have more Boris bikes in the constituency? I would also want to make sure that TFL is doing as much as possible to make public transport in the constituency the best option for travel for any reason.

At a council level, I would fight to publicise the issue; increase non-traffic routes in the constituency; attract and publicise more car sharing systems; and raise awareness in schools and community groups.

Finally, key to all of this is continuing to monitor the levels of emissions. I would encourage this at all levels of government, so we can very precisely say how bad the NO2 impact is, and where we are making a difference.

I’ve been resident in East Dulwich for 20 years, I LOVE the multi-cultural and diverse nature of our community. People from all over the world are neighbours, colleagues, friends and partners. I have also spent some time living abroad. I served for four years as the National Crime Agency liaison officer in Italy, where aside from working on investigations into the mafia and people trafficking, I also had my first child. This experience, together with a year spent in Germany when I was 18, solidified my strong sense of being European, as well as being British and Scottish. (I was born and brought up in Glasgow.)

Brexit was the reason I decide to stand – I was truly shocked that the country appeared on the 23rd June to have rejected not only Europe, but also what I see as many progressive, liberal and international values. I’ve been a Lib Dem member for 10 years, but never done anything like this before. After the 24th June, I knew I needed to do more and decided to throw my hat into the ring to stand for Parliament. It’s been a rollercoaster ride since then – I didn’t expect 10 months later to be campaigning although I’m 100% up for the fight!

Helen Hayes voted for Remain, but she has failed to persuade other MPs in the Labour Party to follow her, and has definitely not persuaded her leader. She is therefore not a strong voice in Parliament on Remain. If anything the Labour confusion over Brexit has allowed the Prime Minister to take us in whatever direction she wants – the opposition is not being any sort of opposition. In a nutshell: nobody is addressing the international, national and local complexity of Brexit. I want to do that. I’m also asking voters to embrace a different type of politics in Dulwich and West Norwood – not one that looks to the 1950s or the 1970s, or takes voters for granted, but one that looks to the future, and new and different solutions, for the community, for the nation and internationally.

I would make sure that local residents feel welcome by standing and shouting publicly and in parliament to demand that all of our EU residents maintain the same rights as they had on 23rd June. This is not something I want to be demure or calm about. We need everyone to feel welcome here –to contribute to our economy, NHS and schools, but most importantly to keep our community the way it is: diverse, multicultural, open and tolerant! Brexit will not change us – despite what Theresa May wants to do.

Yes. Local businesses need to serve the local community, in a number of ways. It should be easier for local residents, with all the fantastic ideas they have, to develop those ideas. We should support entrepreneurs and small businesses. Liberal Democrats will expand the role of the state -owned British Business Bank, create a new ‘start up allowance’, and provide support for fast-growing businesses seeking to scale up. We’ll also reform bureaucracy to remove unnecessary or uncertain regulation.

Local businesses are also at the centre of why we have such an interesting, varied and exciting community. The more diverse they are the more this is true, as they form the heart of our community. But local businesses can’t just be for show – they need to employ local people and provide the services that local people need. At the moment, I think we strike a great balance in Dulwich and West Norwood.

I am hugely proud of our local state schools – my children go to two in Southwark. I’m proud that teachers and parents work hard together to provide the education that my children and their friends need to be good citizens in the 21st century. Lib Dems believe that education should be about far more than just passing exams and would ensure that there is a broad and balanced curriculum in schools. Curriculums like the ones my children’s schools are trying to maintain.

I’m proud that teachers, parents and children came together to oppose the senseless cuts driven by a conservative government that would damage state schools throughout the constituency. It seems clear to be that the Conservative Party is looking backwards, rather than preparing the next generation – who are our future – for the future.

Liberal Democrats believe in a society where every young person, no matter what their background or circumstance, can grow up to achieve anything they set their mind to. Education is key to a fairer society. To unlock the potential of education, the system must find and nurture the best in everyone. Nurturing means providing more than just money, but physical and emotional support. Our commitment to free school lunches is demonstrative of our commitment to all children – it helps physical and social development and learning for all. A scientifically proven win-win. We need an education system that works for everyone. Teachers are also pivotal to unlocking potential. We would work to tackle workload and recruitment issues to guarantee that the profession is attracting and keeping high quality teachers.