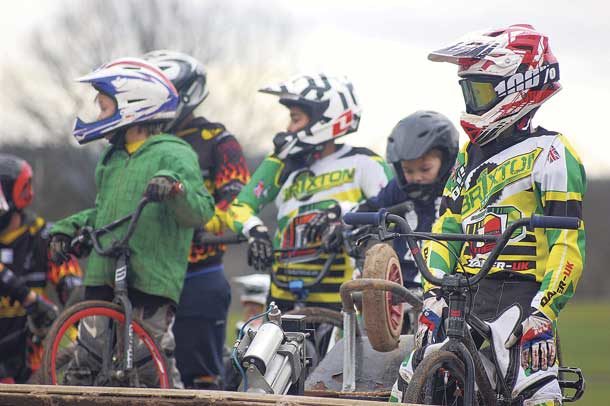 Work has started on a major upgrade to the Brixton BMX track in Brockwell Park.

The work will include a raised starting hill, a new starting gate, raising the course’s second berm by 1.5 metres, resurfacing the whole track and changing some of the jumps so the track flows better and faster.

The cost of £70,000 has been donated by the William Wates Memorial Trust via the Access Sport charity as part of its London BMX Legacy Programme.

This was set up as part of the Olympic legacy programme to build BMX tracks and clubs to encourage young people into cycling.

Work is due to be completed on Friday 9 June.

Ken Floyde, secretary and founder of the club, said the upgrade would make the facility a safer place for young people and adults to enjoy.

“The club hopes that the upgrade will attract a great number of young people from the local area to continue building healthy relationships within the community while having fun and keeping fit,” he said.

The first races on the new track will be part of the BMX event of the London Youth Games on Sunday 18 June. Hundreds of young people from across London come together to compete while representing their boroughs. Ken called on Bugle readers to “come down and see the sport live in action or even get involved and volunteer on the day”.

He said that Brixton BMX Club and Lambeth council are responsible for the upkeep of the track in Brockwell Park and that club volunteers work tremendously hard to make sure the venue is in the best possible condition.

Annual maintenance of the new track is expected to cost at least £2,000, so all donations are very welcome, said Ken.

The club was forced to cancel a London regional race event in September 2015 due to concerns over the safety of the track.

Brixton BMX Club is London’s oldest and was founded by Ken Floyde after the Brixton uprising in 1981.

Last year Ken Floyde was awarded a Medal of Honour at the British Citizen Awards. He has devoted more than 30 years of his life to helping residents, young and old, to hone their BMX skills.

The track will open to the public again on Saturday 10 June.

Brixton BMX Club training sessions take place on Saturdays and Sundays from 9 to 11am for experts and from 1am to 1pm for novices and beginners.

The cost for each session is £5 for non-members and £3 for members.

Take Two: Brockwell Park in the sun and Finer Fridays @...