With Wonder Woman, Whitney and My Cousin Rachel, June is a good month for women, writes Nicola Jones

She is finally here! And by “she” I mean the long awaited and publicised WONDER WOMAN (from 2 June) solo film. DC Comics introduced Gal Gadot as our whip-wielding leotard-wearing hero in BATMAN v. SUPERMAN: DAWN OF JUSTICE, an over-two-hour commercial slog that left the internet riddled with memes and me in love with her theme music. Here’s hoping this stand-alone film with a female director (Patty Jenkins) is not only worthwhile, but a success. Also out this month is the Tom Cruise fuelled remake of THE MUMMY (from 9 June).

Following on from that rehash are some superb Sundance Festival films. The Woody Harrelson vehicle WILSON (from 9 June) follows a middle-age loner as he reunites with his former wife and meets the teenage daughter he has never known.  Another Sundance film arrives with BERLIN SYNDROME (from 9 June) starring Australian Teresa Palmer as a photographer who awakes in a Berlin apartment unable to leave. 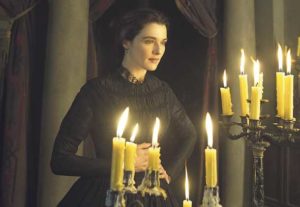 MY COUSIN RACHEL (from 9 June) is an adaptation of the Daphne Du Maurier novel of the same name. English writer Du Maurier is responsible for the original short story The Birds and the novel Rebecca.  Rachel Weisz (left)  takes on the title role of a gorgeous cousin believed to have murdered her cousin’s guardian.

This did not make the festival circuit … so hard to predict its worth.

We all lost an immeasurable talent in 2012 with the death of Whitney Houston. In the new documentary 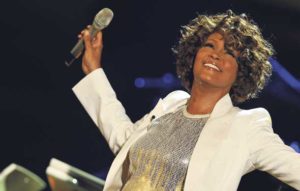 WHITNEY: CAN I BE ME (from 16 June with a Q&A via satellite on 11 June) filmmaker Nick Broomfield investigates the family dynamic and race relations of the record business that Houston experienced. If you are interested in watching young talent rise then look no further than THE BOOK OF HENRY (from 23 June), starring Naomi Watts as a mum of two boys who discover a secret of the next door’s family. Jaeden Lieberher from MIDNIGHT SPECIAL and Jacob Trembly from ROOM play the sons. Don’t know who they are? Watch both of those films immediately.

A must-see for me this summer is BABY DRIVER (from 30 June) written and directed by Edgar Wright. A cast brimming with stars elevates this film about a young getaway driver who gets in deeper than he can manage. Not to be missed. If you have kids and it’s raining there will be some safe enjoyment with DESPICABLE ME 3 (from 30 June). Steve Carell returns as the lovable super villain who has given us more Minions than we could ever imagine.

A Nicola Jones is a freelance writer whose website covers film reviews, trailers, and industry news. She can be found tweeting @MzJones

EDITOR’S NOTE: Ritzy staff and other employed by the giant Cineworld corporation are calling for a boycott of the Ritzy and other cinemas in the Picturehouse chain that do not pay the living wage.