GALA Festival 2016 was an ambitious attempt to create a completely independent music, food and drink festival in Brockwell Park.

But not everything went to plan and the organisers Jonny and Giles came in for a lot of criticism on social media. They asked the Blog to meet them so they could share what they have learned and to set out what they have done to guarantee the success of this year’s event in May.

What were you trying to do with GALA in 2016?
The concept was quite simple. We wanted to create an event that placed equal importance on the quality of the music, the food and the drink. Most fairs and festivals are designed to promote just one of these. But why not try to deliver the best of everything that south London – and Brixton in particular – has to offer, especially with all the great local traders, producers and musicians on the doorstep.

However, we also wanted to develop the idea and create a really special day out where you arrive, have an especially good lunch from local pop ups and Brixton restaurants, a few drinks which wou 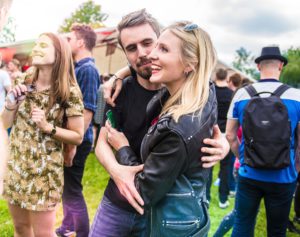 ld include craft beers and ciders, or wines from small producers, coffees from local roasteries –  and this then crescendos into an all-out party with production values to match. The narrative definitely struck a chord!

We secured a really great musical line up with a strong emphasis on disco, funk and soul along with drinks from the Brixton Brewery and food from several leading local outlets including Made of Dough & Kricket. However, the event did not go as we had planned and as a result we have learnt so much, albeit the hard way.

So what happened on the day? 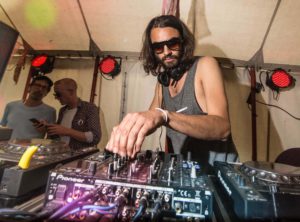 The music was brilliant and a lot of people had a great time overall but there were lengthy queues which took much of the enjoyment out of the day for a substantial section of the crowd. It was really hard to see a year’s work not come off as you had imagined. It’s something that’s affected us personally and it will always be a major source of motivation to improve the way we operate. Call it the monkey on our back – one we are determined to shake off once and for all on Sunday 28th May.

How could you get that sort of stuff wrong – isn’t there a formula for working out what you need?

First year festivals often have these issues. There are so many variables attached to outdoor events and when dealing with a big attendance it’s difficult to anticipate how they move, at what time they arrive and how thirsty they may be. Saying that, there were aspects that didn’t go as planned which could only be put down to inexperience. The buck falls with us and we take full responsibility for it.

Even though we sold out, we still underestimated the popularity of the event, many even climbing through the fencing to gain access to the site which really added pressure to the bars and toilets. We just didn’t have the infrastructure and systems in place to ensure the experience was stand out for each and every one of our customers. We had what was needed from a health and safety position but our shortfalls lay in what was needed to make the event great.

We also wanted to take what we had seen at other events and improve on it to ensure the experience was like no other. We wanted every bar to be a ‘boutique bar’ but the harsh reality is you need some bars that can supply a thirsty crowd in the fastest and most efficient way. This is just one of the many things we have learned that will ensure mistakes like these are not made again. We will still be ensuring specialist drinks are on offer but alternative options will be available for those who want a quick pint of beer so they can get back to the dance floor…

Why should people put their faith in you again?

This year is all about making up for our mistakes and

doing the concept and event justice. By that we mean – lots more loos, experienced bar staff in greater numbers and enough food to feed the whole of Brixton!

We’ve been working extremely hard since last June with an experienced production team ‘We Are The Fair’ who have a phenomenal track record including management of large shows such as Gottwood Festival and Junction 2. That means we can be confident that health & safety and event infrastructure will be of the highest standard. And we have completely outsourced the bar management to one of London’s best bar operators, ‘Soulshakers’.

We’ve built on what was a standout lineup musically in our first year and are flying over disco legends such as Studio 54’s Nicky Siano. South London favourites Horse Meat Disco will be also be curating their own stage with us which will undoubtedly be very good fun. From a food perspective we’ve massively upped our game, and have confirmed 10 incredible south London food offerings with plans to add more.

GALA is a day of amazing independent local music, food and drink and we hope that in time it’ll become a truly celebrated south London event. For now, though, we’re just completely focused on creating one unforgettable summer day on Sunday 28 May 2017 and we can’t wait to get back to Brockwell Park to show everyone what we can really do.

And you can see the full lineup here plus vids of last year’s event.

Labour continues to dominate Lambeth council, but has a new Green...