It is a heavy hitting month for those of us movie obsessed. As the Bafta awards (12 February) and the Oscars (26 February) have us all in a dizzying tizzy of opinions, polls, and politics. At least it is a great time to be reminded of a love of cinema across all borders

This month’s slate at the Ritzy is led by director Jeff Nichols’ new film LOVING (from 3 Feb). Nichols’ fourth film centres on the famous inter-racial romance between Richard and Mildred Loving played by Joel Edgerton and Oscar nominated Ruth Negga. The couple’s legal battle would take them to the Supreme Court. This is paired with Mel Gibson’s latest directorial effort HACKSAW RIDGE (from 3 Feb) starring Andrew Garfield as war pacifist Desmond Doss. Both films were festival favourites.

Releasing that weekend as well is much lauded German film TONI ERDMANN (from 3 Feb). One surely not to be missed – it sees a father trying to reconnect with his daughter in unconventional ways. 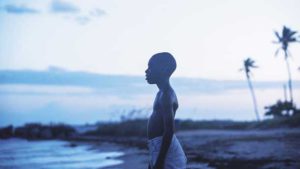 At last month’s Golden Globe Awards the new film MOONLIGHT (from 10 Feb) walked away with the award for Best Motion Picture – Drama. Barry Jenkin’s coming of age film about a young African-American man is a heavy contender in this month’s award season. Alongside it is Denzel Washington’s direction of August Wilson’s play FENCES. Starring Washington and the incomparable Viola Davis (above) – who won a Golden Globe for her performance – the adaptation deals with an African-American family in the 1950s. Both actors and the film are Oscar nominated. 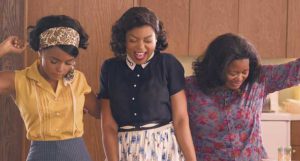 Rounding out the month is the arrival of HIDDEN FIGURES (from 17 Feb). Already flying high in the US box office, the film chronicles a group of African-American female mathematicians who were instrumental in NASA’s successful space missions. Starring Octavia Spencer, Taraji P. Henson, and Janelle Monáe the film’s phenomenal success is great new ground for proving that commercial victories do not have to all look the same!

Lastly, also this month, the Ritzy will be conducting a Q&A session with director and actor Alice Lowe for her satirical slasher PREVENGE. The event will take place on 9 February.

Nicola Jones is a freelance writer whose website asophisticatednoise.com covers film reviews, trailers, and industry news. She can be found tweeting @MzJones.