Locks were changed on the shops after owners failed to keep up with payment plans agreed with Groupe Geraud, the multinational that manages the site.

One trader is reported to have broken back into the shop to retrieve possessions.

Groupe Geraud said that the closures were due to a variety of personal factors, rather than rents being unreasonable.

But some traders say a lack of promotion and subsequent decline in footfall makes it difficult to keep up with rents of around £1,000 a month.

They add that they are being asked to open seven days a week, but cannot justify doing so financially due to competition from nearby rivals.

“I think that Lambeth giving that opportunity to Pop Brixton has made it really hard for us,” one trader told the Blog.

Commercial rents have been increasing faster year on year according to research carried out in March.

A report by Levy Real Estate and research company MSCI found that rental growth increased year on year from 7.8% in 2014, to an average uplift of 8.5% last year.

Groupe Geraud said that these evictions were the result of personal difficulties such as health problems or lack of cooperation, not extortionate rents.

Groupe Geraud is now trying to fill the empty spaces. An agreement between the operators and Lambeth Council means the shops will not be available to prospective foodtraders.

Ghailane added: “Lot 27 has been marketed and will be classic trade only.” He said Lot 46 will also be for classic trade when advertised. 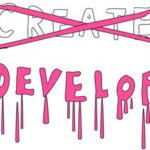 Our sister newspaper, the Brixton Bugle, carries the story of another trader who has moved to West Norwood after a demand for a 65% rent increase in Brixton.

It first appeared on her John+Pearl blog – headed Brixton versus creativity.