The campaign for a permanent memorial to the Caribbean and African soldiers who died fighting for Britain in two world wars used the audio studio at Brixton’s Raw Material project to record a fundraising single at the weekend.

The Grammy-nominated American R&B star Eric Roberson, who played two gigs at the Jazz Café in Camden earlier this year, has given the campaign permission to use his moving I Have A Song.

It had cinema goers watering-up when it played over the closing credits of the 2001 movie Prison Song that starred Q-Tip and Mary J. Blige.

The weekend recording session saw notable performers getting together to recreate the song, led by Jak Beula – entrepreneur, writer, musician and social-worker, who is perhaps best known for inventing the award-winning board game Nubian Jak – and Kesheniwa Aghaji, director of the African and Caribbean War Veterans Memorial.

The memorial consists of of two obelisks of Scottish whin stone; each one is six feet tall and together they weigh 2.5 tons. They were unveiled at a Black Cultural Archives ceremony last year, but there are expenses to be met before they can be on permanent public display.

The memorial committee wants to see them on Windrush Square.

This year marks the 100th anniversary of the founding of the British West Indies Regiment of the British army in Seaford, East Sussex. The BBC has a fascinating account if you want to find out more. There is also a great deal of information on the memorial committee’s own website.

WASP chairman Vince McBean said: “Many service personnel approached me regarding the lack of publicity and information on the contribution and sacrifice made by servicemen and women from the Caribbean and Africa.

“To address this, to celebrate Black History Month and to write our own history of events and educate the mis-informed, WASP initiated a march past and ceremony for our fallen comrades.” The marchers were mainly cadets. 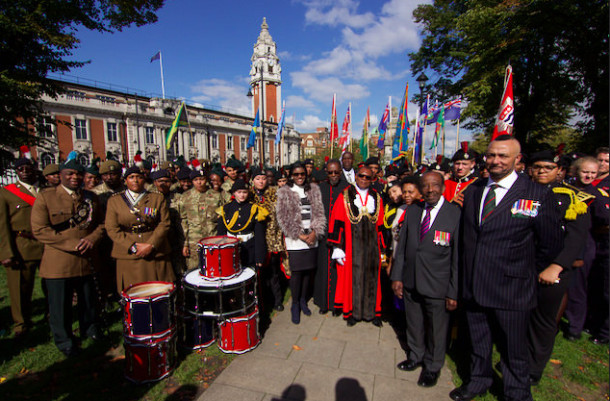 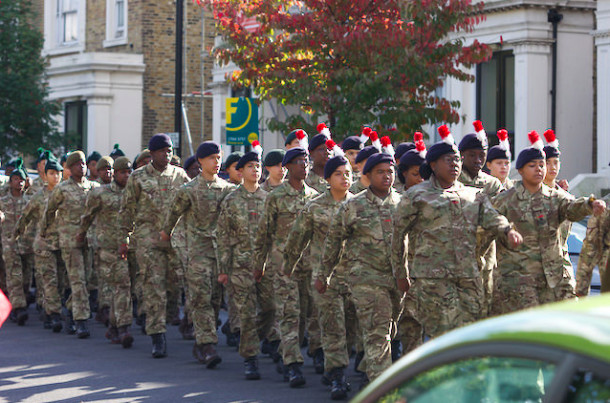 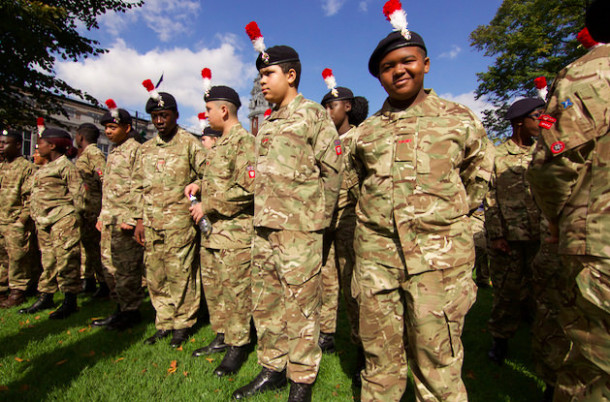 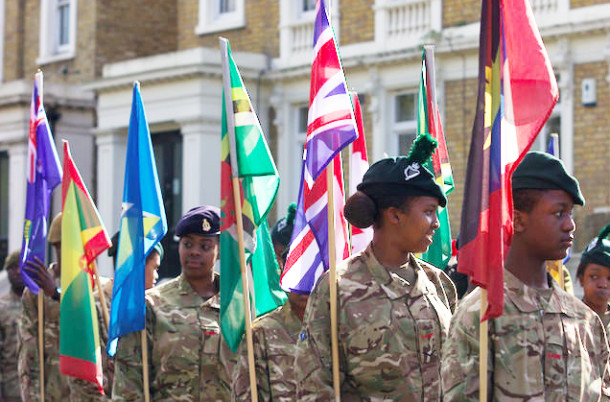 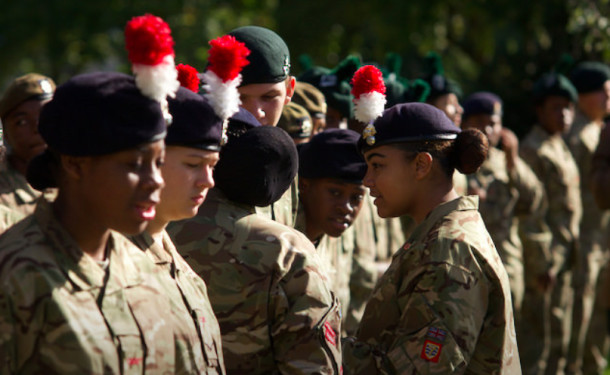 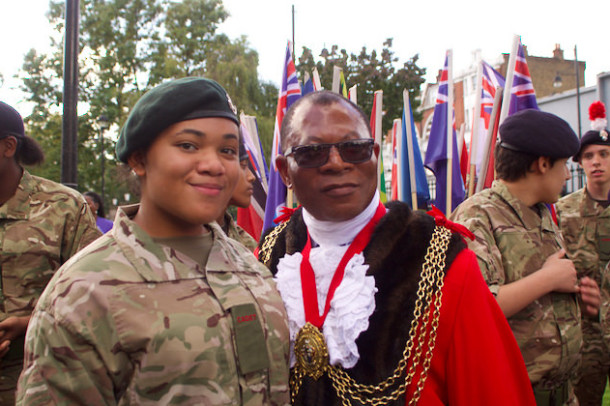 Other pictures by Christopher Icha/Ministry of Defence.