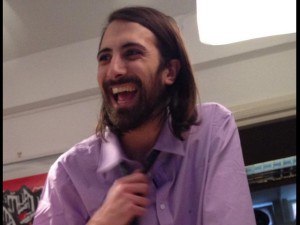 It is clear that a major driver of the current housing crisis is a lack of supply, caused by too few homes being built under governments of both left and right. All parties are now promising to try to remedy this – but how can we believe them? In particular it’s not clear where the money will come from to match their extravagant promises.

We in CISTA have a proposal for a new, as-yet-untapped source of revenue that could raise over £1 billion every year, money which could be put towards home construction. Such a sum would fund 16,600 new social homes or 50,000 shared ownership homes every single year.

Our policy is to decriminalise cannabis, and regulate and tax its sale – just like tobacco or alcohol, which are both not only more dangerous than cannabis but also addictive, unlike cannabis. This wouldn’t be a leap in the dark – other countries around the world have already been doing this, hence how we can predict how much money a cannabis tax would raise. Let’s not get left behind. Let’s create an independent Royal Commission to review the UK’s drugs laws in an evidence-based, dispassionate, and balanced way. As a country, can we afford to let this £1 billion bounty disappear into the black market? Let’s bring the trade in cannabis out into the open. Let’s tax it. Let’s build the homes we need.

The US state of Colorado has a population of only five million people. When they legalised the trade in cannabis in 2014 – subject to strict regulations – over 10,000 jobs in the new industry were created over twelve months. For the Borough of Lambeth, that could mean 600 new jobs.

Many of the people finding work in the sector will do so as entrepreneurs founding their own local business. According to official statistics more than one in fifteen people use cannabis in the UK; currently, they are forced to rely on the black market. How much better would it be if they instead were supporting local businesses and contributing to our local economy?

There’s a reason that our party is called ‘Cannabis Is Safer Than Alcohol’- it’s because it’s true. We support decriminalisation because if UK drug laws were based on evidence rather than scare-mongering, cannabis would have been decriminalised years ago. However, we are not suggesting to decriminalise all drugs. We recognise firstly that cannabis must be consumed responsibly – just like alcohol consumption– and also that children must be educated to avoid dangerous narcotics.

Some of the revenue from a cannabis tax should certainly be put towards education in schools to ensure that young people have all the facts they need to make the right decisions for their health.

Furthermore, it is certainly true that cannabis use is disproportionately higher among the young (aged 16-24), with nearly one in five of people in this age group using it in the last year. Currently, these are young people who are purchasing cannabis from unregulated sellers. Unlike a regulated market the quality and safety of what they purchase is not assured. By decriminalising cannabis and allowing its sale to those over the minimum age by licensed, highly-regulated dispensaries, we protect our young people most of all.

Brixton has a dynamic, young and vibrant vibe already, I would work with the community to ensure that Brixton maintains its thriving arts and cultural scene. Brixton’s diversity is what makes up its character and this is something that I want to protect and would fight, for example, against attempts of corporate take-overs of individual independent shops.

Just because we are a single-issue party it doesn’t mean we wouldn’t work with others to look at sensible solutions to tackle local issues. Firstly, we would encourage sustainable transport such as cycling and walking and would work towards reducing unnecessary car usage in congested areas. As a local MP I would be willing to work with the council to develop sustainable programmes to help reduce the pollution in the area.