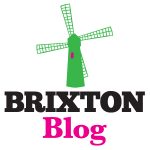 Voters will get the chance to quiz parliamentary hopefuls ahead of the general elections at a neighbourhood hustings.

Candidates for the Dulwich and West Norwood seat, which covers much of south-east Brixton, will take part in the hustings at St Paul’s Church Hall, Herne Hill, at 7pm on April 16.

The event will be co-hosted by the Herne Hill Forum and Brixton Blog.

Hopefuls will be quizzed on a range of topics centred on housing and transport. Confirmed candidates are Rathy Alagaratnam from UKIP, Lib Dem James Barber, Labour’s Helen Hayes, Conservative Resham Kotecha, Steve Nally of TUSC and Rashid Nix from the Green Party.

The Dulwich and West Norwood constituency is held by former Labour minister Tessa Jowell, who is not standing for re-election.

The guide to your Brixton General Election 2015 candidates in...