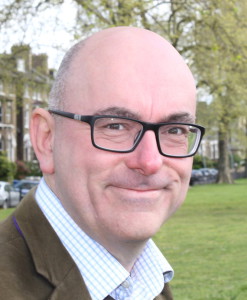 Business Rate relief is the obvious helping hand. But making it easier to take on apprentices. Ensuring we have town centre managers to coordinate and promote our local high streets. Steering government policies to make it easier to open and develop small businesses.

Yes, small businesses should be given more encouragement than chain shops. We don’t want homogenised identikit high streets. We need vitality and diversity in our shops. I’ve done a great deal in East Dulwich to ensure our high street and market are vibrant – simple things like making it possible to cross the street, people feeling safe, ensuring all the shops are connected by radio to work together – the largest Alertbox scheme. Defending the character of our high streets using the planning system – I’ve appeared before planning inspectors successfully fending of high street chains.

Working to identify missing ingredients and help ensure they’re provided. For East Dulwich we needed a cinema which has just opened. I approached five cinema chains trying to attract one to the area. Worked with different property owners trying to find a suitable site. The MP role is partly about being such a lightning rod for change.

Almost all our children now go to Good or Outstanding schools. Huge school improvements. Ensuring all teachers have Qualified Teacher Status,  continuing the Lib Dem Pupil Premium that has seen the biggest closing of the gap between rich and poor children. Truly revolutionary step change brought about due to Lib Dems government. And ensuring we have enough new schools to ensure every child has a great school to attend. I have initiated and led several free school campaigns delivering over 3,100 new school places and supported most other free schools applications in our area. If elected as an MP I would push for local authorise that are successful at running great schools to also be able to open new schools. I would never let dogma get in the way of ensuring we provide a great education for all our children.

Lambeth Labour council has chosen to make severe cuts to Leisure and Library services. Neighbouring Southwark Labour council have not. I would encourage both councils to ensure they operate efficiently and effectively making most frontline cuts unnecessary. Both councils have one billion £’s each year to provide council services. As a former Brixton resident I’ve seen first hand how inefficient Lambeth council can be – they started prosecuting me for non payment of council tax after I’d moved to Southwark and told them!

We would pass a Green Transport law if in government. For our area that would mean all new buses and taxis having super low emissions. Most particulates in the area – the majority of the air pollution problem locally – come from buses and taxis. A requirement for areas with high air pollution problems to be zoned as Low Emission Zones and local actions plans to fix the problem being a statutory requirements.

But we also need to get people out of their cars. So we would implement the recommendations of the Get Britain Cycling Report – I’m particularly keen on this being a former Lambeth Cyclist and chair of Southwark Cyclists. Locally I would push for the Brixton High Level rail platforms to be reopened connecting with the East London Line. Extend the Victoria line to Herne Hill and beyond. All these measures will make people more mobile and cut air pollution. It is great news that we’re now talking about when the Bakerloo line will be extended to Camberwell after Lib Dems ensured it was include in the Autumn statement.

Lambeth going 20mph will also reduce vehicle emissions and make cycling and walking more attractive – but I would support making it easier for councils to deploy average speed cameras to enforce such speed limits.

But what many don’t appreciates is private gas boilers can produce air pollution.  So reducing the need for heating by insulating 10 million UK home is also part of our green agenda as this reduces local air pollution as well.

Unemployment in Brixton second worst in UK after dramatic rise