On Tuesday 27th January Brixton cinema The Ritzy screened the documentary Beyond Clueless, followed by an audience Q&A with its director Charlie Lyne. Arts contributor Keith Wallis reviews the event. 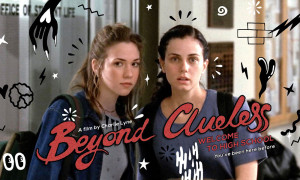 A favourite on the festival circuit, Beyond Clueless is a feature length ‘film essay’ analysing the representation of teens in American movies between 1995 and 2004, suitably bookmarked by Clueless and Mean Girls.

During this period more teen-focused films were produced than any other period before or since and through clips from over 200 movies underscores the common tropes that connect these films.

The film is separated into five chapters each exploring the typical narrative of teen movies; starting with cafeteria politics and establishing the school hierarchy, before moving onto sexual repression and its eventual explosion before progressing calmly beyond the school gates and into the world. 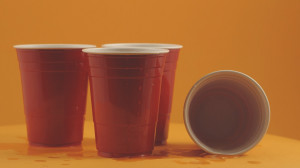 It progressed through this episodic structure through the use of montage for more general points and detailed case studies of individual movies and a more rigorous analysis of specific issues.

One of the most interesting and convincing case studies was an argument for repressed homosexuality in the films EuroTrip (2004) and Jeepers Creepers (2001).

Refreshingly for a documentary about film, Beyond Clueless did not require any interviews with actors of filmmakers, the sheer volume of material meant the film could be carried along by film clips and the occasional voice over by Fairuza Balk (The Craft). 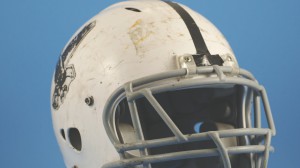 The result is a fun and easy to follow discourse on a popular genre.  My only criticism was that I didn’t personally consider some of the films used such as American History X (1998), Romeo & Juliet (1996) and Donnie Darko (2001) to be teen movies and the clips used to be out of context with the films argument.

In the Q&A after the screening Lyne discussed some of the challenges he faced making the feature, with was made on a micro budget funded through crowdfunding.

One member of the audience asked how this budget covered the copyright for over 200 film clips from popular movies.

However, Lyne explained how he made use of the Copyrights, Designs and Patents Act 1988 which states that a clip can be cleared for copyright if used for criticism or review.

The Kickstarter funding was used primarily to pay for a soundtrack by British indie pop duo Summer Camp, whose 80s synth pop influenced sound is a perfect fit for the documentary and well worth the investment.

Hopefully as this documentary continues to build an audience at festivals and more screenings it will inform and inspire other potential documentary film makers to take advantage of Act and choose the film essay approach for their feature.

Beyond Clueless is now touring small and independent cinemas across the country.  For more information visit www.beyondcluelss.co.uk and take a look at the trailer below.

Take Two (plus a bonus): Patience (After Sebald) @ Ritzy Cinema...