The popular Laid Bare live music night returned to Upstairs at the Ritzy on Wednesday 28th January. Hosted and curated by local musician Rami Radi, the night presented the hottest musicians London has to offer.

For the first time the night was co-hosted by Gibaltarian poet and singer songwriter Gabriel Angel Moreno, who can usually be found hosting a folk night at the Betsey Trotwood pub in Farringdon. After a few technical blips, Gabriel got the night going with his poem “The Failed Ones”, accompanied by Rami on guitar. Written “for everyone who has felt like a fucking failure in their lives,” it combined topical references with disarming honesty.

This was followed by the reflective “Saturday Night” about drunkenness in London, and “Singing Opera to Llamas” – written for and about a girl Gabriel met in Peru who did just that. The ethereal Shaunagh Duncan was up next for her second performance at the Ritzy, with three soothing folk tracks, including “Pale Moons”, “Travel On” and “Cowboys and Indians”. Check her out on Souncloud.

Our Man in the Field, aka singer songwriter Alexander Ellis, made double denim, a neckerchief and a trilby look impossibly cool, as he impressed with five tracks including “I’ll Be Gone”, about a friend who had quit a job in the City to become a musician. 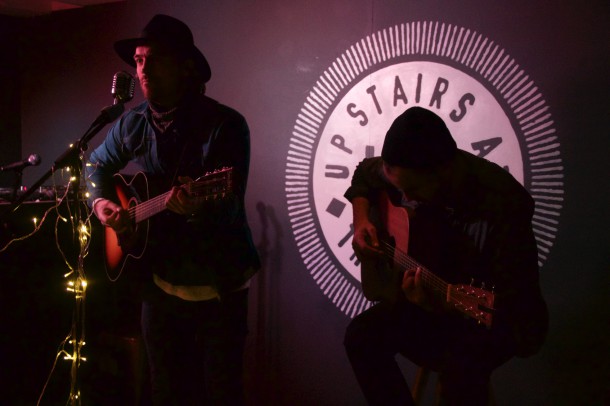 Gabriel Moreno returned to the stage for a “dirty” poem dedicated to Sanchez vs. Fighter Pilot, which he admitted had got him in trouble before. In front of the Ritzy crowd however, he didn’t need to worry.

The soulful Katy Anderson delighted with her ukulele, leading off with “Wolf” from her EP “Out of the Darkness”; available on Spotify, iTunes and Amazon.

Katy got an extra big cheer for her acoustic cover of Rihanna’s “We Found Love”, featuring Calvin Harris. Bonus points for the crown singalong.

Trio Joseph made their Ritzy debut, impressing with the vocal range on “Yours or Mine”. 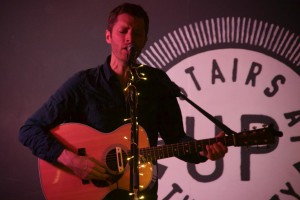 Final artist Jon Hess proved to be unflappable as the lights came on, signalling time was almost up. With tracks reminiscent of calming sea shanties, his bluesy sound and adventurous guitar was the perfect end to the evening.

When asked about bands to watch for this year, Rami said: “I think Our Man in the Field is destined to have a really positive year.

“He’s been getting airplay on 6Music as well as various other local BBC stations and has a new release due out this month.

“Midnight Choir are a brand new act who came down to Laid Bare a few months ago and went down really well. Other than that, Childhood are a band I think are really exciting and I’m looking forward to hearing more from them.”