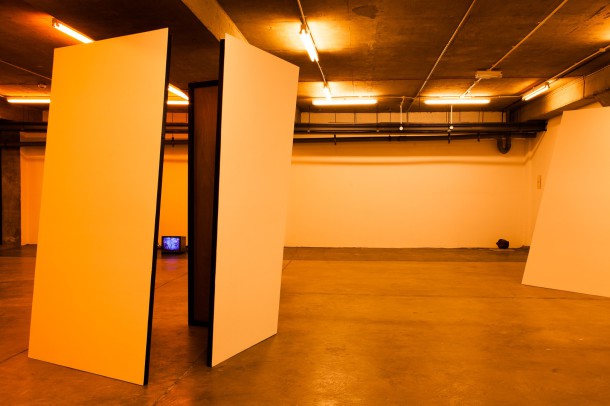 The underground home of Block 336, the Brixton-based studio and exhibition space, has lived a multitude of lives since it was first built as a warehouse in 1967. It’s a dark silent cavern, extending further than you first think, and utterly devoid of natural light. The space itself is the inspiration for the current exhibition: Heavy Sentience.

The show is a collaborative piece spawned from a residency workshop held on the site, and the result is cohesive, elegant and interesting. Artists Murray Anderson, Rosanna Greaves, CJ Mahony, Frances Scott and Lisa Wilkens have managed to present a show that perfectly respects the ambience of the space in which it’s situated.

The process, and the road to this, the final show, was “A lot of talking and communication and an exceptional amount of emails,” as CJ explained, but it is truly a collaboration, and not just a group show. One of the most interesting aspects of this distinction was the decision they took not to attribute the works, a decision made before they had even decided what would make it into the exhibition. 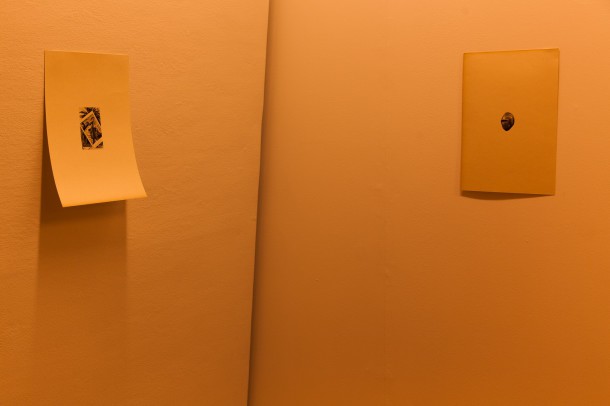 The group worked as a response to the unique environment that is Block 336, Rosanna noted this resulted in a very specific approach: “One of the things we decided we needed to achieve was how people experience the space… we didn’t want there to be any point where you could absorb all of the show at once.”

The importance of this exhibition to the artists really became apparent at the publication launch, for the beautiful little book accompanying the show, including texts by Kathy Noble. The book was launched in the space on Friday the 11th of July, and followed by an artists discussion and then a screening of the first episode of The Kingdom, by Lars Von Trier. 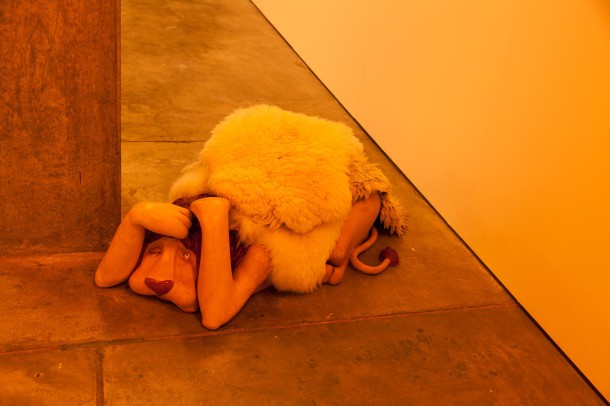 At first this seems an incongruous choice, but it quickly becomes apparent where the links lie. For one, the lighting of The Kingdom is picked up and reworked in the gallery, with areas being emphasized by the different bulb choices and intensities, really changing the feeling of the space.

Heavy Sentience is an extremely accomplished show that really demonstrates the power of collaborative work. As Rosanna said, “The process was about generating work through a group dynamic, but we still wanted to be able to operate autonomously as artists.” This has more than been achieved.

The evening of the 11th of July was well organized, with the artist’s discussion taking place in the centre of the exhibition, under heavy yellow lights. Questions were asked, drinks were had and the evening ended perfectly with Lars Von Trier. Hopefully, Block 336 will be able to host many more workshops, residencies and exhibitions that bring such innovation, exploration and true creativity into Brixton.