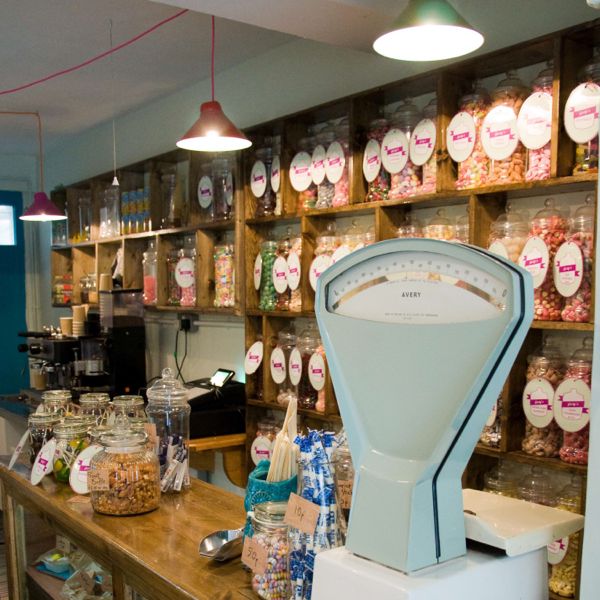 It is only coincidence that Gerty’s Gumballs opened in the same week Charlie and the Chocolate Factory hit the West End. Ashley, proprietor and mother of two, is almost apologetic for the dreamy décor of her independent ice cream and sweet shop.

She explains, ‘we did it for the kids really.’ The interior looks like a contemporary collaboration between Roald Dahl and Lewis Carroll. It certainly has a very British feel to the place. The only thing missing is a mat at the door, which would read ‘adults, please leave your scepticism at the door.’ The linoleum looks like seaside rock. There are more colours than Joseph’s jacket. I could hear Augustus Gloop stuck in the plumbing.

I grew up in South London and there has never been anywhere like this for children to hang out after school. That’s what inspired Gerty’s,’ explained Ashley. She got me cringing about the old adage, “keeps them off the streets.” And then we complain about our youth sitting about on Facebook, I thought.

Get them back out on the streets – I think that is Ashley’s intention. It was her own kids she turned to when they were discussing the venture, which went from concept to opening in only five weeks. Gerty’s simply wants to encourage school children to come and have a milkshake, do their homework, just plain hang out.

I also met Amy and Vicky, who both run the shop with Ashley. They talk with enthusiasm about sourcing their wares. Firstly, the ice cream comes from a company who once ran a fleet of ice cream vans from Sydenham back in the 1920s. They have now moved to a farm in Suffolk.

Admirably, Gerty’s have bucked the ubiquitous gelateria trend in favour of old school British ice cream. You’ll find all the classics, plus a few others such as pistachio, English toffee and coconut. Gerty’s also make their own cones on the premises in both cinnamon and chocolate flavour (and I am told ginger will not be far behind).

A key attraction for the children is the milkshakes. When I asked what flavours, Ashley said, ‘Whatever they want really, we can chuck anything in.’ She was grinning at the big jars stuffed with naughtiness that stood above the blenders.

As for the sweets, well… of course, there are the old favourites such as flying saucers and coke bottles. Then there is the more innovative stuff like Peanut Brittle and Mega Lollies, mostly handmade in Cheddar, Somerset.

What they were particularly keen to show me, however, is the unique selection of sweets from abroad: sweets that resembled blackboard chalks, or pebbles (both from Holland). From the US they source Candy Bricks, which (no joke) can be stacked like lego. The names had me thinking of a John Grant song.

‘We are new. We are evolving,’ said Ashley. ‘Any suggestions would be welcomed, especially from the children!’

But it is not ALL about children and teenagers. Other offerings include good coffee, already receiving a warm welcome in Herne Hill, which they buy from the Dulwich based gourmet coffee roasters, Volcano. They also sell Rococo chocolate, another local south London firm who produce artisan chocolates. And watch this space, especially if you are intending on visiting the Herne Hill outdoor film festival throughout the summer, for coming soon is the renowned Jo & Sephs popcorn, with all their not so traditional flavours.

Gerty’s open from 10am until, well, whenever really. So if the sun is shining, it’s getting late, chances are you’ll catch them open. But be warned, there may be a queue when school’s out.

Gerty’s Gumballs can be found on Railton Road, opposite Herne Hill Book Shop. 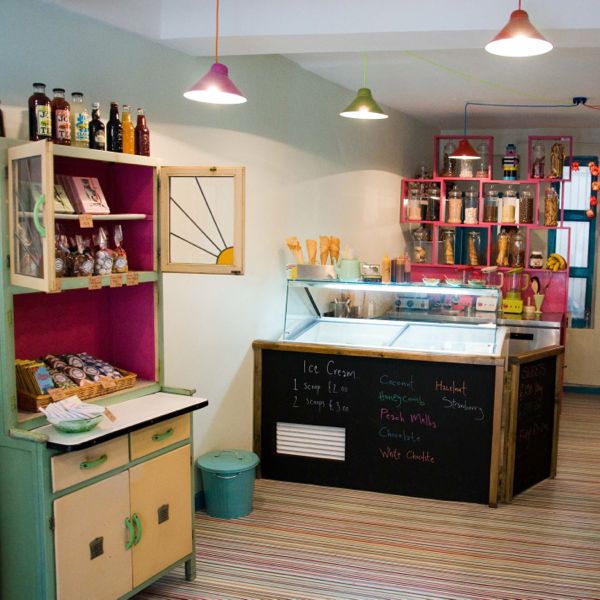