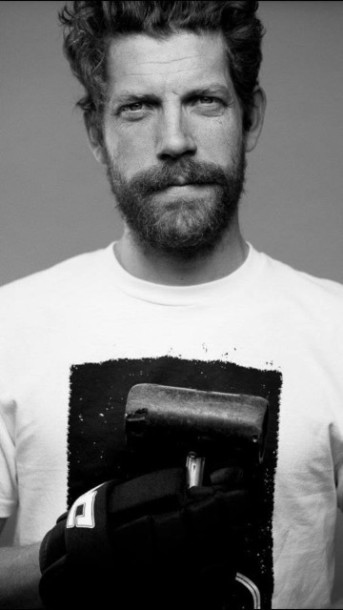 Arts Co Editor Barney Evison met up with Brendan McNamee, a writer who lives in Herne Hill and has just self-published his first book, a novella called MUT.

The first thing I wanted to know when I met Brendan was why his debut novel MUT had such a cryptic name. “It’s Catalan for ‘mute’,” Brendan explained. This fits – the novella is set in Barcelona and follows a mute narrator suffering from an emotional trauma in his recent past. The natural English pronunciation of the words hints at the important role that dogs play in the story, as the man’s only friends.

Brendan’s been writing for 20 years and has lived around Brixton for 17 of them. Canadian by birth, he often spends his winters in the cold and snow near Montreal, an environment he finds particularly conducive to writing. He insists on the importance of “just getting on with it”; the rigour of sitting down at a desk every day and hitting your word count.

MUT is an intense and surprising read, with an opaque narrative that flits between past and present. It’s not immediately clear that the narrator’s only conversations are with dogs, who take on vivid anthropomorphic personas. I ask Brendan if he has a dog. “I don’t actually,” he says, although he grew with them. “I’ve always found them very personable. Sometimes I’ll be walking down a street and a dog will just stare at me – it’s like we’ve got this thing going on. Of course it’s ridiculous but it does feel like a connection.” 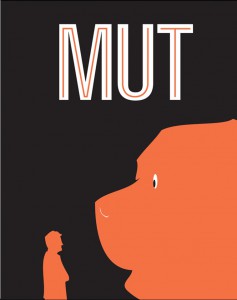 The book had its genesis in a three-month trip that Brendan took to Barcelona. He found himself writing freehand in parks and cafes in the city, where he couldn’t communicate properly with anyone. “I don’t speak any Spanish so I spent a lot of my days very quiet…I noticed there were always be dogs out on the street. They’re like another class of citizen.” From this came the idea of a mute loner – the eponymous Mut – who only speaks to dogs: “There’s a universal language between man and dog.”

I’ve been wondering how much of MUT is based on Brendan’s own life. In the book, the main character is recovering from a near-death drowning experience which led to the breakdown in the relationship with his girlfriend. He roams the streets of Barcelona, befriending dogs and torturing himself with painful memories and feelings of guilt.

“The lynchpin of the plot in the ocean did actually happen to me,” says Brendan, who says only now he’s able to be emotionally honest in his work. “I smuggled tobacco for a year because I wanted to write about it, but I didn’t have the balls to do it properly.” MUT is the first time he’s brought powerful true emotions to print. “Now I can take something that really did happen to me and change it, but the central emotions are the same.”

If MUT began in the cafes of Barcelona, it was finished in Brixton Library, where Brendan spent two weeks writing it up and “cutting out all the fluff”. The book was initially written in the third-person but Brendan made the major shift to the first-person after taking advice from a literary agent.

MUT’s prose is bare and direct. Brendan tells me that he was inspired by twentieth-century American writers such as Saul Bellow, F. Scott Fitzgerald, Charles Bukowski and particularly Cormac McCarthy: “he just throws Spanish in there and you just have to deal with it.” Brendan is dyslexic and he found these writers’ stripped-back style an inspiration.

Brendan is working on another book, this one of a much larger scale than MUT. “It’s four times the length of MUT,” he says. Set in a parallel world, his next work will move into sci-fi although understandably he’s reluctant to give it a specific genre. When I ask him which genre he thinks MUT most neatly fits into, suggesting magical realism, he shrugs: “I don’t really know – Waterstones put in their Romantic Fiction section which I thought was… interesting!”

Brendan debuted MUT to a local audience at the Brixton BookJam in October. It’s available at all local bookshops or you can buy the ebook online.

After the flood: how the waters brought Herne Hill together